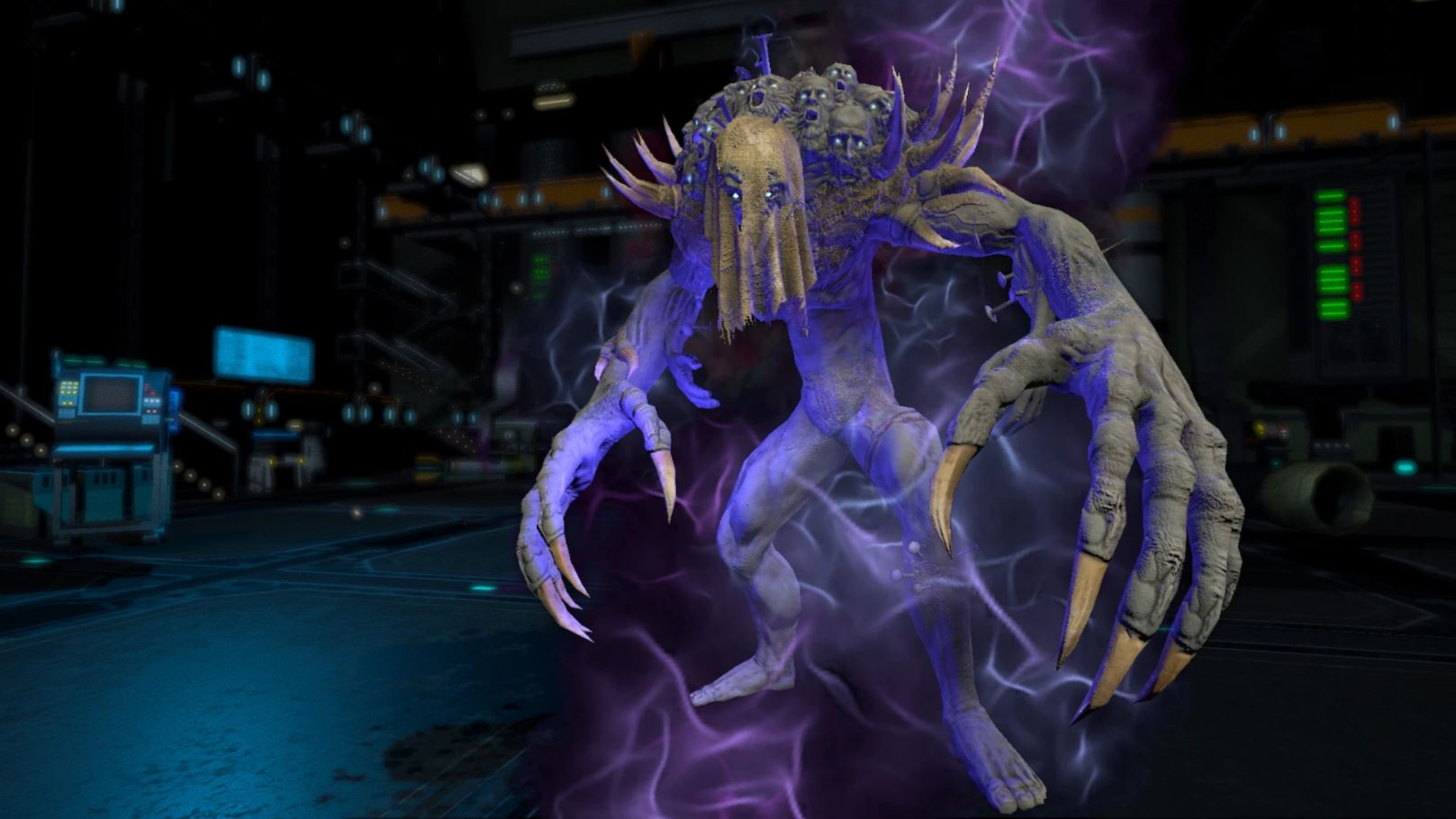 Shallow, uninteresting and with virtual no personality, Aliens from Sabec is one extra-terrestrial you'll want to send home as soon as possible. The Finger Guns review.

Shallow, uninteresting and with virtual no personality, Aliens from Sabec is one extra-terrestrial you’ll want to send home as soon as possible. The Finger Guns review.

I thought it might have been different. I thought maybe with the added power of the PS5, Sabec might be able to break their streak of making poor games for PlayStation consoles. Darts, Checkers, Fight, Table Tennis, Air Hockey, Hunt, Golf, Chess, Sniper, Bowling – At best they’re below average experiences. At worst, they’re mechanically broken and completely devoid of enjoyment. Their latest game – Aliens – doesn’t break that trend. While it’s the most mechanically complicated game they’ve produced, it’s a pale imitation of a much better product.

Unfortunately, Aliens has nothing to do with the iconic James Cameron movie with which it shares its name. It’s not even stylistically similar. Instead, this game is a low effort attempt to emulate the Zombies modes from the Call of Duty series. Unfortunately, it lacks all the character, tension and technical proficiency of the AAA shooter.

Aliens comes with 3 maps – a temple, a swamp like area called “hollow grounds” and a space station. Each map can be played at 3 difficulty settings that make the game progressively more difficult. This difficulty setting determines how long each match of the game can go and how difficult to kill the extra-terrestrial invaders are. On Rookie, you have to survive 3 rounds, each of which gets more challenging against Aliens that are reasonably easy to kill. On Demon difficulty, the highest there is, you’re tested against 5 rounds of foes which take a real beating before they fall.

You begin each run at Aliens with a pistol and a small supply of ammo. Throughout each level are weapons and ammunition which can be picked up and added to a weapon wheel with which to shoot the invading force with. The enemies come in a hand full of variants, each of which has their own abilities. There’s a standard grunt that runs at you and swipes, an enemy that I believe is supposed to be semi-invisible but stands out like a sore thumb, bloated enemies that explode when shot, hivebrain styled enemies that damage the player if they get close and a few others. The aim of each run is to get as much weaponry and ammo as possible and kill every alien that is spawned in the map.

That is, of course, if your patience with Aliens lasts longer than your health bar. I knew I was in for trouble when I started my first match on Temple and I was spawned in a second before the actual map was. I watched as the buildings and detailing popped in to existence before my eyes. This happens on every match and on every map. It doesn’t just happen at the start of the match either. The draw distance on this game is atrocious by PS5 standards. On a next-gen console, we should not be seeing the details pop on to the buildings as we approach them but that’s exactly what we have here.

The Aliens themselves just spawn into existence too. Unlike Call of Duty Zombies where the undead clamber their way in through entries or windows, this other worldly force just blinks into existence from a few zones on the map. From here, they have a single tactic – swarm towards the player. Even with a series of different abilities, the AI for all the foes in this game are singularly minded – race towards the player and attack when they get close. This is some of the dumbest AI I’ve ever seen too. The bigger enemies will throw the occasional fireball at the player as they stream forward, regardless if there’s a horde of alien allies in front of them. It’s not uncommon to see a wave of enemies take themselves out.

There’s no alignment between the capabilities of the AI controller Aliens and the level design either. In the space station level, there are elevated pipes which can be climbed upon – but the aliens can’t get there. You’ll see the enemies walk as close as they can to the player and then stop because they can’t come any closer. Like shooting fish in a barrel. Even when you’re not able to cheese it, the enemies will bottleneck themselves in doorways which mean that if you pick the right spot with the right gun, you can clear out 3 waves of enemies without taking a step.

To give Aliens some credit, the weaponry and alien models are great. The art style is aligned and they’re quite detailed creations. Although, I’m not going to credit the developers of this game, Sabec, with this. I’m going to credit Maksim Bugrimov, the person who sold the weapons and aliens on the Unity Asset Store. And I’ll credit Sandro T who was the creator of the Temple and Hollow Grounds map and is giving them away for free on the Asset Store. I’ve stopped short of calling Sabec’s games “asset flips” in the past but this time, there’s no denying that this is exactly what Aliens is. It’s a collection of store bought assets (some of which are free) which are then sold for a profit. This is one of the grossest practices in the video game industry.

There’s been no care taken in the creation of Aliens and you can tell it’s just a collection of assets slapped together without much thought for artistry or player enjoyment. There’s invisible walls everywhere. The weapon sounds are all tinny, making the guns sound like toy weapons you can win at the travelling fair. The game hard crashed on my PS5 after defeating the final wave and boss of a run on the Demon difficulty. Twice. Livid. There’s no music or ambient noise in the game unless you’re being attacked. When you do get jumped, a generic rock track is played (I’d put money on it being from some free online source) that quickly becomes tiresome.

Aliens released as a PS5 exclusive but doesn’t make use of the platforms exclusive features. The DualSense might as well be a DualShock for all the extra use it is. The visuals are sub par at best, even compared to last generation games. Finally, there’s load screens – albeit short – on a console that is capable of generating huge chunks of open world games instantly. Frankly, it could have been a PS4 game.

A pale imitation of Call of Duty’s Zombies mode, Aliens is an asset flip, pure and simple. There’s no purpose or intention to the design of this game. It’s a collection of Unity store assets that have been slapped together with no artistic intent or thought for the player’s enjoyment. It’s functional but it’s an abject failure in every other regard.

Aliens is available now on the PS5.

The Finger Guns Podcast Ep. 158 - SO. MANY. GAMES.
Embr fires its way to consoles in September
Martha is Dead confirmed for PlayStation systems.