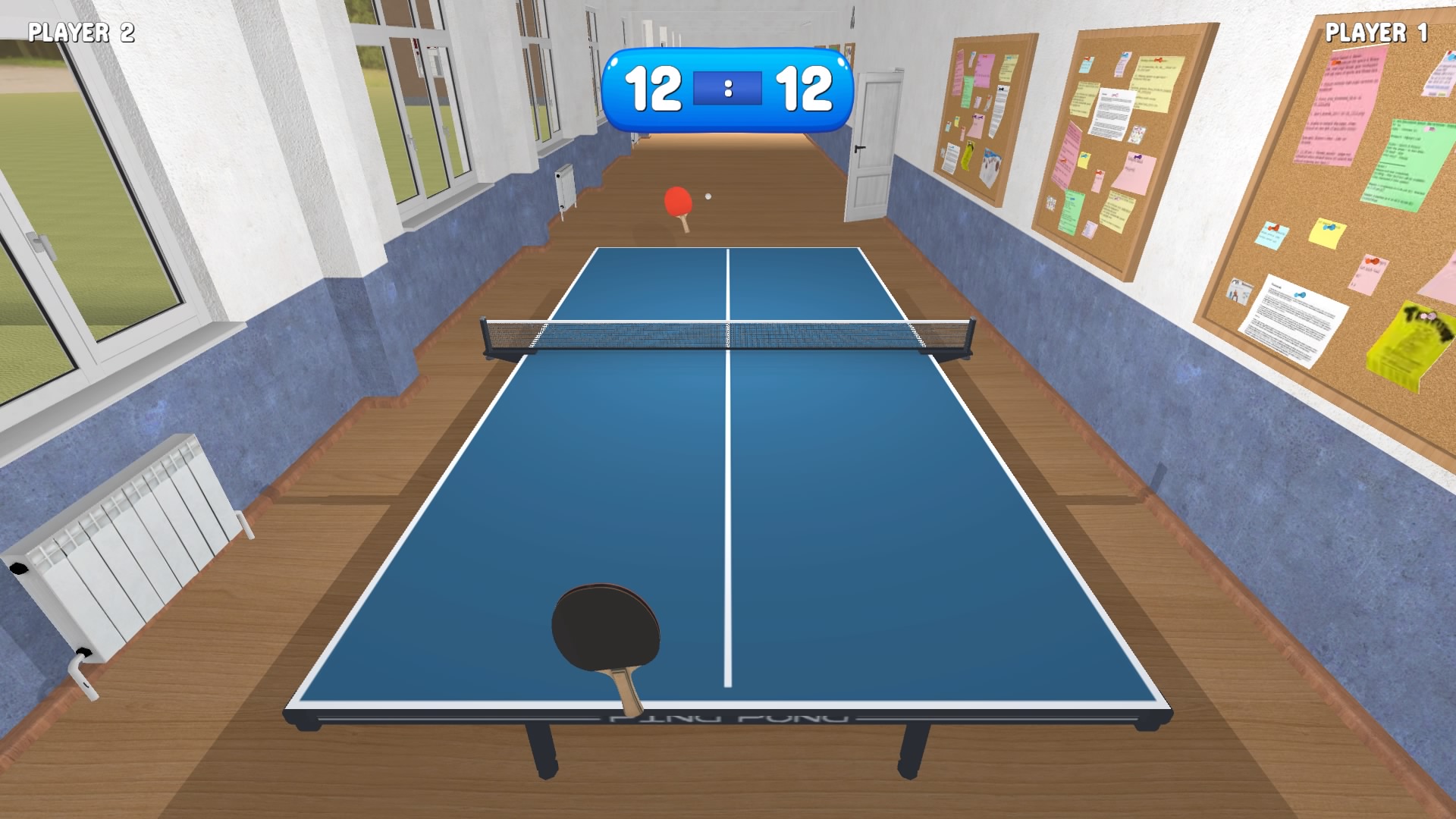 With physics that takes a lot of getting used to, Sabec’s Table Tennis is a substandard attempt to replicate the real world sport. The Finger Guns Review.

With physics that takes a lot of getting used to, Sabec’s Table Tennis is a substandard attempt to replicate the real world sport. The Finger Guns Review.

I’m almost impressed with the persistence and relative consistency of Sabec’s output on PS4 at this point. I’ve now reviewed 9 of their games that have launched on Sony’s console in the past few months. Their games all have a few things in common; they all have very self explanatory names – Spot The Difference, Chess, Air Hockey, Golf etc. They’re all developed in Unity. They’ve all been priced in that “ah, go on then, what’s the worst that could happen” price range. Finally, they’ve all lacked quality design direction and/or content. I don’t know why I expected this to be any different with their newest game, Table Tennis. Yup. It’s another stinker.

Like many of Sabec’s recent releases, Table Tennis is outdone by its ambition. Making a functional and fun virtual version of this sport is something not many developers have ever taken on. It’s a sport with a huge number of intricacies – spin, flight, power, loop, back hands and forehands – and even the games that utilised motion control’s like PlayStation Move and VR struggle to get all of this right. An attempt to replicate Table Tennis using nothing but a thumb stick on a Dualshock 4 controller? It was doomed to failure right from the start.

What we’re left with is a weird version of 3D Pong that adds swerve to the ball irregularly. With a view down the table, the player is able to move their disembodied Table Tennis bat left and right in an arc and half way up the table. The aim of course is to prevent the ball bouncing on your side of the table more than one or once and then off the table while attempting to score a point in the same way on the opposite end. The winner is the side who wins 11 points and is clear of their opponent by 2. Doing so is a bit of a crap shoot however.

That’s because the physics employed in Sabec’s Table Tennis is erratic and unlike anything in the real world game. It’s almost incomprehensible but I’ll try and explain it; rather than adding spin by moving the bat when hitting the ball or changing its angle, it is instead added by what part of the bat the ball hits. It’s like the surface of the bat is actually a dome. You can also add a bit more welly by pressing either L2 or R2 which kind of flicks the bat but it doesn’t really do anything more than simply getting the bat in the way.

Because the flight of the ball is so unpredictable – from both your own shots and your opponents – matches in Table Tennis degenerate into just trying to get in the way of the ball. Even when you think you’re got this sorted, random spin that you can’t predict sends the ball spinning away from your bat. The movement of the bat is so unresponsive that by the time the spin is effective because the ball has hit the table, it’s too late to adjust. It’d be infuriating if it wasn’t so expected at this point.

For reasons unknown, these games of Table Tennis are played in the various rooms of a school. A gym and school hall I can understand. Even a food hall I can get behind – I used to play in my school’s canteen back in the day. But a corridor? A geography class? A computer lab? All I can think of is that these were available assets online that Sabec have either bought or thrown together because there’s really no reason to have some of these selectable rooms in this game. It’s nonsensical.

What’s even weirder is that dispute having a variety of rooms to select in which to play, they all have exactly the same ambience – no music but with a soundtrack of crickets playing in the background. The very same soundtrack you’ll find in Sabec’s Hunt. There’s menu music in this game at least.

As for options, Table Tennis has one single player mode and a 2 player mode. In single player it’s a straight match to 11 against an AI with 3 varying degrees of difficulty that get progressively less error prone rather than more difficult. In 2 player, you’re shown a split screen with each player getting a view from their end of the table. The multiplayer is Table Tennis’ saving grace. Because both players are wrestling the insane physics in this game, it’s silly fun for half an hour before the charm wears off.

Sabec have once again bitten off more than they can chew. Table Tennis is a sport that’s incredibly difficult to recreate in a video game and they should be commended for at least trying. However their effort is not enough to elevate this game above anything other than a tech demo that should never have made it past the prototype phase of development.

Erratic physics, sluggish controls and a lack of any meaningful game modes means that while Sabec’s Table Tennis might look like the great sport of ping pong, it doesn’t play anything like it.