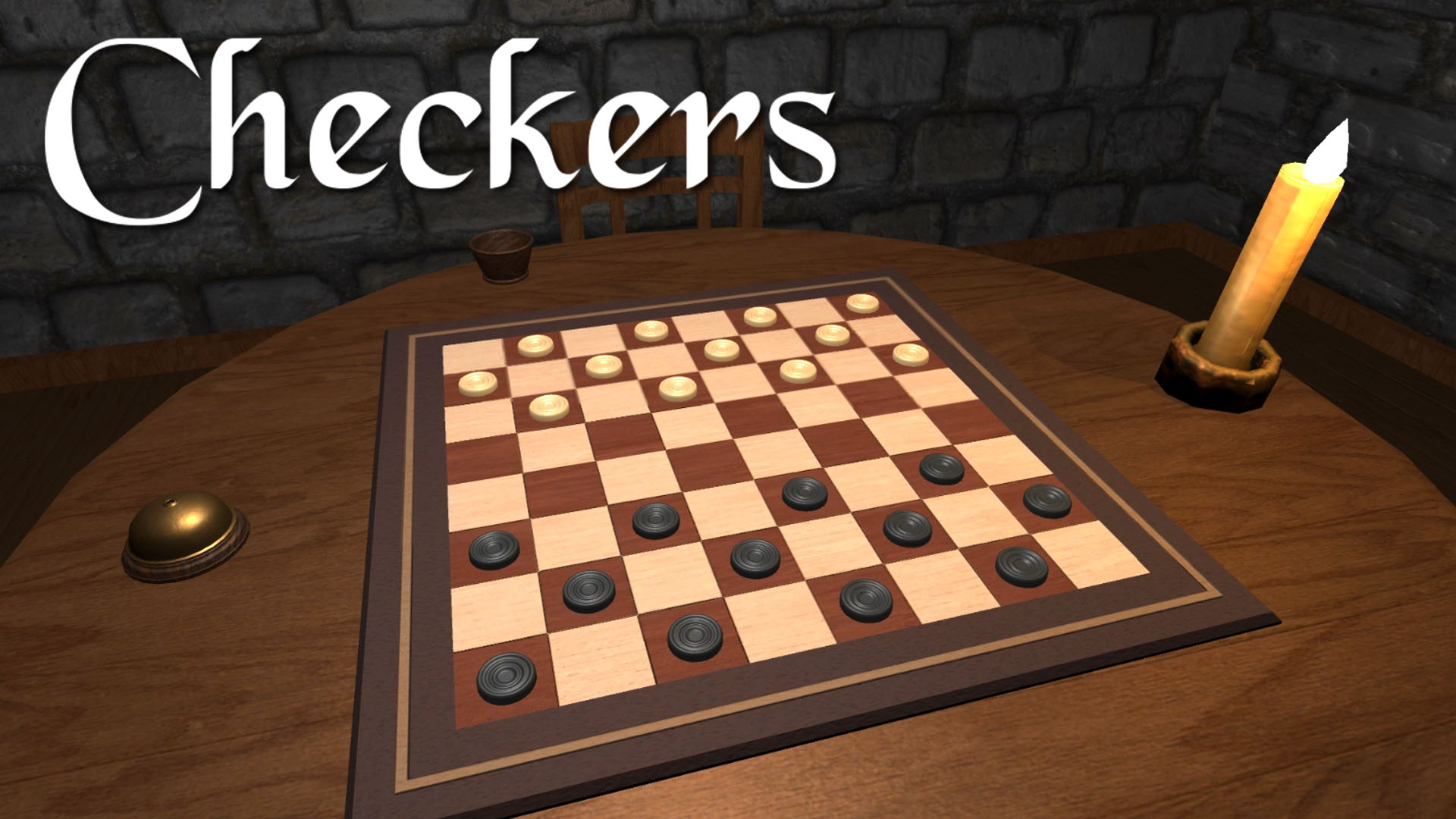 Sabec continue their unenviable streak of poor console games with Checkers, a shallow and uninspired recreation of the classic game. The Finger Guns review.

Sabec continue their unenviable streak of poor console games with Checkers, a shallow and uninspired recreation of the classic game. The Finger Guns review.

Some famous person once said “the definition of insanity is doing the same thing over and over and expecting a different result”. I’d go ahead and Google who that overused cliché is attributed to but honestly, that search would likely take longer than my enjoyment of Sabec’s Checkers lasted. That quote does seem apt however as another month arrives and I’m here reviewing another of Sabec’s games (this being my 11th review for their games), hoping beyond hope that this might finally be a game worth playing. Alas. I should start filling in the admission forms for the closest mental health facility. I must be out of my mind.

Much like all of Sabec’s games, Checkers is exactly what the title suggests. It’s a virtual recreation of the classic table top game. The game is played from over head with a look down onto the chequered board. A cursor is used to move the pieces around with the trigger buttons used to pick up and place the Checkers. Playable in one player against an AI or local 2 player, this game follows the standard rules for the classic game; the aim is to capture all the opponents pieces which can move one diagonal pieces at a time, if you can take a piece, you have too, etc.

Most of the assets in Checkers are reused from Sabec’s Chess. The game is played in a 3D location on a table with a candle and a bell on it and it’s simply rotated 180 degrees for this game. The background has also been changed from a pleasant looking library to a boring brown wall. The customisation is as limited in Checkers as it was in Chess. In fact, it’s exactly the same. The chess boards from the previous game are the only ones selectable. There’s a few variants of boards to choose from but the colour settings remain the same – black and white chequers. There’s a bit more variety in the Checkers pieces which can be changed to a variety of opposing colours – black and red, green and purple and more.

Unfortunately, that’s where the skin deep customisation and depth of play ends. There’s no career mode, no player choices, no difficulty settings, no tutorial, no progression of any kind or any depth of any kind. There’s a single game mode with a single set of rules and that’s it.

That’s the core issue with Sabec’s Checkers – it doesn’t do anything you can’t do with an actual checkers set. In fact, it’s less enjoyable to play because the control scheme isn’t as intuitive as simply picking up pieces and moving them. With a normal checkers set, that you can pick up for just a few pounds online, you can play suicide checkers, flying kings or any other variation on the standard rules. With this Checkers video game, it’s locked to the standard 8 x 8 board and the standard rules.

That wouldn’t be so bad if the game was challenging in any way. Unfortunately, the AI in Sabec’s Checkers is appalling. I don’t consider myself to be a particularly good Checkers player but it took me only 5 games, my first 5 games, to unlock the PlayStation trophy for winning 5 matches in a row. The AI doesn’t seem to have any tactical nous, making suicide moves which make no logical sense. It almost feels random. It was much harder to actually lose a game (something else you need to do 5 times to unlock trophies) on purpose because the AI would move into ridiculous places that would force you to take their pieces according to the rules.

Checkers lacks any kind of ambiance either. There’s no music to speak off and the sound effects are all straight out of a stock sound effect pack. Lose a match and you’re treated to the Price is Right failure horn. The clack as you select and move pieces manage to become grating very quickly. It’s simply not a pleasant experience to play.

Much like Sabec’s other titles, the biggest sin of Checkers is a lack of ambition or a vision for something better. It’s another exact replication of the rules of a game that already exists but in a way that’s worse than the physical, real world version. For the price, 3 times the cost of a travel Checkers board with pieces, you’d expect something more than a 3D environment to play just a single mode in. Hell, Battle Chess is more than 30 years old and even that understand the need to evolve board games beyond the board for a video game. Another missed opportunity.

In Checkers, a Zugzwang is a situation in which the obligation to make a move in one’s turn is a serious, often decisive, disadvantage. I recommend against putting yourself in one by buying Sabec’s virtual version of Checkers. It’s functional, sure, but the AI opponents are atrocious, the game lacks any personality and it’d more fun to simply play a table top version.