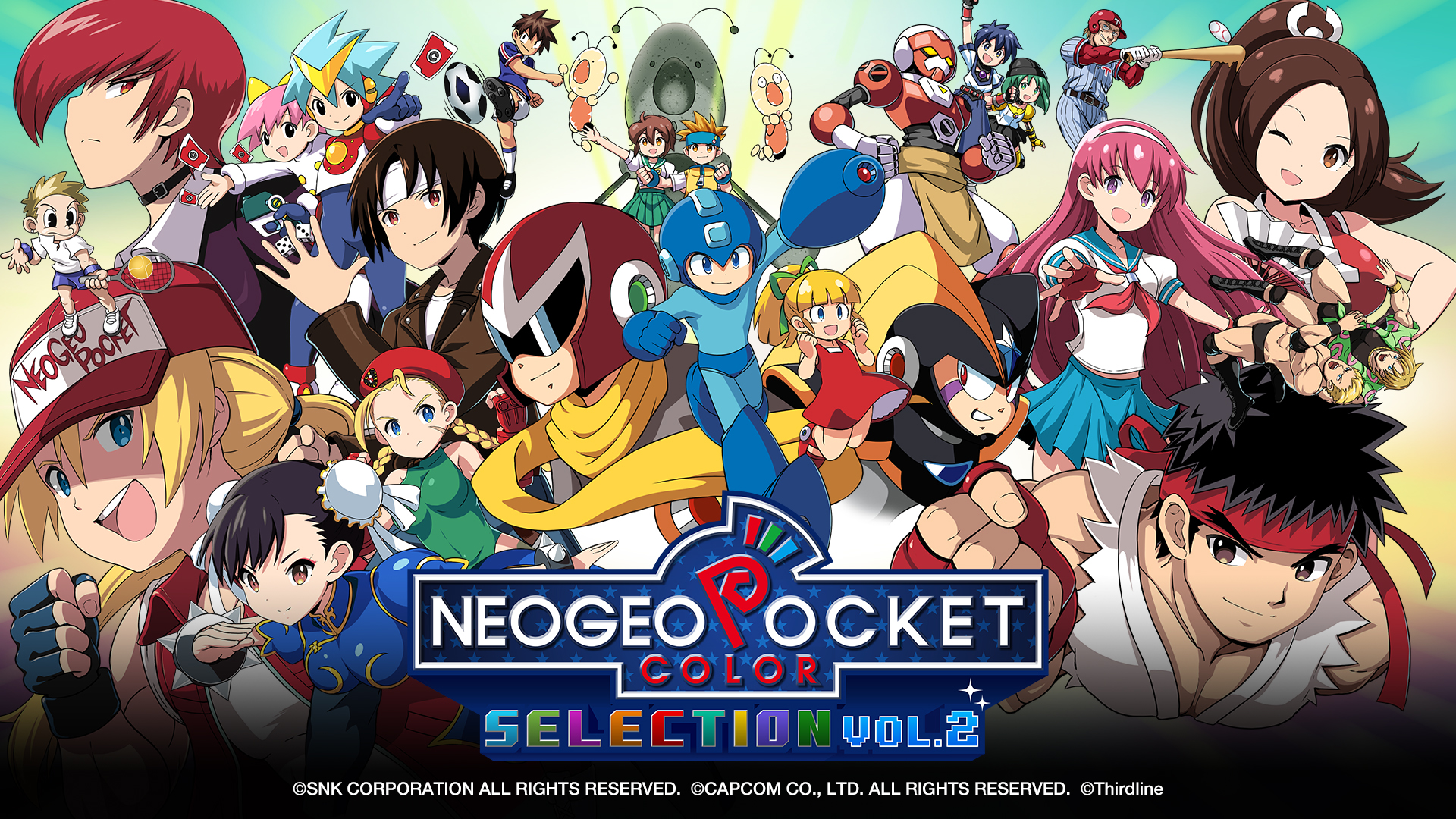 It feels safe to say that there probably weren’t many of us playing the Neo Geo Pocket Color at the turn of the millennium. While it did see a release on Western shores, many of its titles remained exclusive to Japan. More pertinently, it was competing against the handheld behemoth that was Nintendo’s Game Boy Advance. Therefore, the SNK Corporation’s Neo Geo Pocket Color Selection Vol. 2 represents a second opportunity to retroactively experience some of the best that the platform had to offer.

As with the first volume, Neo Geo Pocket Color Selection Vol. 2 features ten titles to experience. On the face of it, that’s pretty decent value for money, but how many of these decades-old handheld titles hold up in 2022? Well, let’s have a look, shall we?

A stripped-back and miniaturised version of one of its big brother’s better-known titles, this is the first of a number of sports titles in the collection. Unfortunately (spoiler for other parts of this review), as with all of the other sports titles in the collection, that simplicity doesn’t necessarily work in its favour. It controls fine enough, but it’s all a little slow and ponderous. While it unsurprisingly features plenty of charm, it all just feels a little shallow.

It’s been a long time since I played a two-button wrestling game, but a couple of them – WWF Wrestlefest in the arcades and Fire Pro Wrestling on the GBA – are still some of my favourite wrestling games of all-time. Big Bang Wrestling isn’t quite up to those standards, but it’s still one of the better titles on the collection. A varied roster, nicely animated sprites and a surprisingly deep combat system make this worth checking out.

The biggest susprise of the collection for me, as I generally don’t like either strategy titles or JRPGs. Yet I found myself oddly compelled here. Blending traditional fantasy elements with mech building and combat, Biomotor Unitron does a competent job of combining the two. It also builds an engaging world through the use of visual novel-style cutscenes. Better than I expected, and I’d suggest a must-play for fans of the genre.

More of a curio than an actual game, this is the first game in the collecion not to feature any English text. This meant referring regularly to the English manual and experimenting until I figured stuff out. However, it’s much less of an issue here than it is in some of the collection’s more complex titles (more on that shortly). Essentially a bizarre Big Brother-esque voyeur sim with added minigames, it’s little more than a 10-minute distraction.

‘Mario Party with King of Fighters characters’ is a hell of a pitch, I’m not going to lie. Sadly, this is pretty much where the intrigue ends for me, as this is the game most directly affected by the lack of English text. Yes, again, the manual is in English, which means you can at least figure out the controls. But it’s a text-heavy game and, in 2022, I don’t feel like I should have to work this hard to get enjoyment from a game. There’s definitely fun to be had, if you have the patience. I don’t.

Basically a boss rush fighting game, this is unquestionably the best game on the collection. It is the last of the titles not feature English text. However, similarly to Ganbare Neo Poke-Kun, it doesn’t get in the way too much. And, unlike that title, this is very much a game. With four characters to choose from and 40 bosses, taken from multiple mainline Mega Man games, it’s also a substantial game with decent replayability. Most importantly, it controls well and doesn’t suffer from only having two action buttons. (It may also be of interest to note that this received its own individual release on Switch back in August.)

Another sports title ported from its home console brethren, this suffers similarly to Baseball Stars Color in that the Neo Geo Pocket Color wasn’t really built for sports games. In this case, in addition to the speed issues, you can actually see very little of the playing field. While this does mean that sprites are nicely detailed (if a bit goofy looking), it also makes it pretty difficult to see what’s going on around you. This means that the game quickly descends into hit-and-hope territory – kicking the ball towards the goal and hoping one of your players is on the end of a speculative punt. Arguably the most disappointing game in the collection.

This one benefits from being a much better fit for a handheld console, as there’s much less to feature on screen. As such, it also plays a little more quickly and feels more accessible than the other sports titles. That’s not to say it doesn’t have its issues. The sense of depth and occasionally sketchy collision detection can make misjudging shots an all-too-common occurrence. There’s also just not a lot too it – a decent selection of characters with differing playstyles, but just an exhibition and a tournament mode to choose from. It’s the best sports game on the collection though and worth a playthrough.

The only puzzle game on the collection (in itself, a baffling oversight), Puzzle Link 2 is an interesting take on a familiar style. On the surface, it looks like Bust-A-Move. You fire projectiles vertically up the screen to try and create combinations of coloured items. The unique selling point of this one is that what you’re firing is a series of links to try and connect the different colours. It’s a fun variation on a tried-and-tested formula, and another to add to the plus column in this collection.

Look, I have to be honest on this one – I just don’t get card games. For what it’s worth, this seems very well-made and, if you’re a fan of the genre, then you’re sure to find plenty to like here, especially given the crossover appeal of pitting characters from much beloved fighting game series up against each other. Excellent music too – probably the best soundtrack of any game on this list.

In conclusion, the real issue with Neo Geo Pocket Color Selection Vol. 2 is that almost all of the games that people would have wanted to revisit were included in the first volume. It’s not that there aren’t titles of interest in here – Biomotor Unitron and Mega Man Battle & Fighters, in particular, are definitely worth playing – but there’s little here with the big name cache to draw you in. No Metal Slug, no Samurai Shodown, no Fatal Fury. As such, it’s difficult to see this one gaining much in the way of mainstream appeal.

Ten games for £35 can’t be sniffed at, especially during times of budgetary constraints, but Neo Geo Pocket Color Selection Vol. 2 represents a disappointing step down from the first volume. A series of curiosities, average ports and games where the language barrier is an unfortunate turn-off make for a collection that will likely hold appeal for fans of the platform, but which I can’t heartily recommend to the masses.