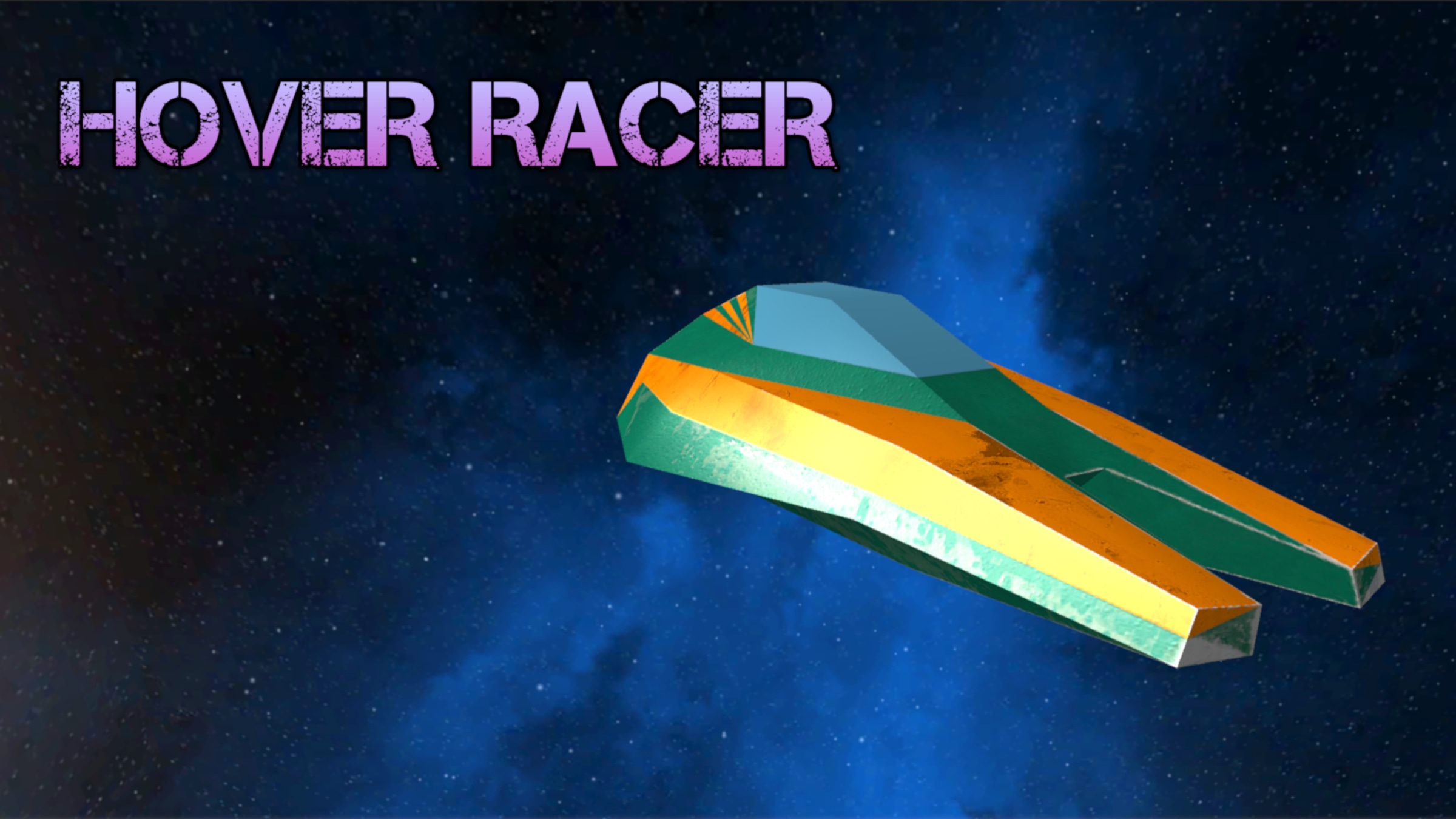 An asset flip of a game you can play free on your browser, Hover Racer is yet another questionable release from Pix Arts. The Finger Guns Review.

An asset flip of a game you can play free on your browser, Hover Racer is yet another questionable release from Pix Arts. The Finger Guns Review.

This review was originally going to have a very different tone to it. I finished all of the content that Hover Racer has to offer last night after a few hours of play. I had a passable time with the game. Don’t get me wrong – it’s nothing to write home about and has a number of issues. Overall though, I thought it was a functional, slightly-below-par way to spend an evening.

This morning, those feelings have changed. Googling the game to make sure I knew which other platforms Hover Racer had released on revealed something unexpected. It’s available on PC via web browser. For free. You can play the game right now, totally gratis. Amazingly, the browser version runs much better than the PS4 version does.

A little bit of digging has revealed that Pix Arts are up to their old tricks again, the same dastardly trick they pulled with Bocce, Clay Skeet Shooting, Strike Daz Cans and many others. You see, Hover Racer is an asset flip, the practice of buying a set of royalty free assets or even a completed game from an asset store and then selling it on. Originally on sale as a collection of Unity Assets called “Complete Hover Racer” from Hoglet Interactive, Pix Arts have done a limited amount of development and then resold it as their own product.

This is generally a frowned upon practice in development circles. It’s considered creatively devoid and a predatory practice in most instances. While many high quality games make use of pre-made assets, asset flipping often involves very little development effort from the perpetrator and these titles are often broken, buggy or poorly designed. All of those points are true here.

To give Pix Arts some credit, they have done at least some further development of the asset pack they purchased. The original only had 3 tracks. The Hover Racer released on PS4 has 8 tracks. The cars are all the same but the progression has been tweaked slightly. Unfortunately, what was originally in the asset pack was actually better than what has been released in Hover Racer.

At The Start Line

Putting the unsavoury practice that was used to bring this game to market to the side for a second, let’s talk about Hover Racer in an artistic sense. As the name would suggest, this is a racing game where you pilot space ships that hover across the ground. Think WipEout, but nowhere near as exciting.

Before jumping into a race, you’ll get to choose which racer to use. There are 3 hover cars in the game, each with their own attributes. At the start of the game, you’ll only have one racer to choose, but you will have enough currency to buy another. You can also spend this currency to increase some of the stats of your racer. Top speed, acceleration and boost can all be improved via incrementally more expensive upgrades.

At the start of the game, you’ll only have access to 2 of the 8 tracks in the game. There’s a progress system in place that opens up more tracks as you succeed and place in the existing ones. To begin with, that might be a little tricky. A vanilla version of a hover racer is pretty underpowered compared to the rest of the pack. Finishing 3rd is certainly possible but if you want to challenge for 1st, you’ll have to upgrade your ship. To start then, there’s a bit of a grind as you race, earn credits and upgrade your ship.

The moment to moment racing in Hover Racers is… passable. The frictionless motion of the hover cars is here like you’d expect but unlike the best in the genre, there’s very little feeling of momentum here. Stop pressing forward and you’ll quickly come to a stop. There’s no drifting here (weirdly, considering there’s a drift attribute in the menu screen) and cornering is as involved in pointing in the direction you’re hoping to go without a consideration on what speed you’re going. Your racer will randomly slow down going around corners sometimes, as if it’s suddenly going up hill or like a shopping trolley with a bad wheel.

The more involved mechanics you’d find in the rest of the anti-grav racing genre is missing here too. There are weapons here, but just 2 of them. The first is a machine gun and the second is a homing rocket. Both are collected from coloured plates on the track and will slow down your opponents when used effectively. There’s no destruction of enemies here. You’re not going to be blowing other racers into smoking craters. Instead, these weapons can allow you to overtake someone ahead of you.

It’s a shame that most of the race tracks in Hover Racers fail to allow the best use of these weapons. Most of the tracks feel haphazardly put together, more interested in being bendy and twisty than being enjoyable. Boosts are placed in daft places where no one could really take advantage of them, like just before a tight corner, for example. Some tracks are so full of corners that getting a shot off with a weapon feels impossible after you’ve passed the starting straight.

Here’s Lookin’ At You, Hover Racer

Visually and sonically, Hover Racer is a confused, awkward game. The few ships you do get to race in look like low poly homages to the greats from WipEout. They’re perfectly serviceable models that at least look the part. The first track you’ll race on has a great sci-fi vibe to it too, complete with pumping song that wouldn’t feel out of place between Orbital and Prodigy.

It’s after this first race, during the subsequent 7 when everything goes off the rails. While that sci-fi theme remains, shifting through different art styles like coloured rings and asteroid fields, the tone changes. This is predominantly because of the music that has been selected for each track. During an exciting sci-fi ring track, the music that accompanies it sounds like it’s from a line dancing class. You can easily imagine a “yeehaw” as you pass a racer. This continues throughout the rest of the game with a lot of contrast between the visuals and the audio.

On some tracks, the surrounding scene setting items will cross onto the track too. It’s not uncommon to find your vision obscured for a second after driving through a piece of asteroid that randomly appears on the track. It just feels poorly put together.

A lack of final polish is evident throughout Hover Racers. Those little touches that make the likes of WipEout so special are missing here. A lack of targeting reticule for the missiles, ineffective feedback from the machine gun fire, corners don’t have arrow indicators to guide you which way to travel (a standard for the genre) – there’s a litany of little aspects that are just absent.

The most egregious issue with Hover Racers however is its performance. On every track, with every car, there’s constant screen tearing that splits apart the top third of the screen. It’s constantly distracting. For a PS4 game, being played on a PS5 via backwards compatibility in this instance, it’s very disappointing. Especially considering the visuals of the game which are low poly and simplistic. It’s almost embarrassing for Pix Arts that the web browser version of Hover Racers runs much better than the version they’ve published running on the most powerful console on the market.

So, Hover Racer is poor. It’s entering a genre where the likes of WipEout, Radial-G, Antigraviator and even Gravity Chase have set a bar of quality that Hover Racers flies well under. It’s not a total disaster however – the game works. Rather than pass on the congratulations for making a functional game to Pix Arts though, I feel like I should tell Hoglet Interactive instead. They did the hard work. Pix Arts just took it and published a version worse than the one you can play for free in a browser.

An asset flip of a game you can play for free in a browser, Hover Racer is a poor, uninspired and content light anti-grav racer. If the creatively devoid track designs and lack of polish don’t put you off, the incessant screen ripping (even when played on a PS5) probably will.

Hover Racer is available now on PS4 (review platform) and Nintendo Switch. It can also be played in a web browser.