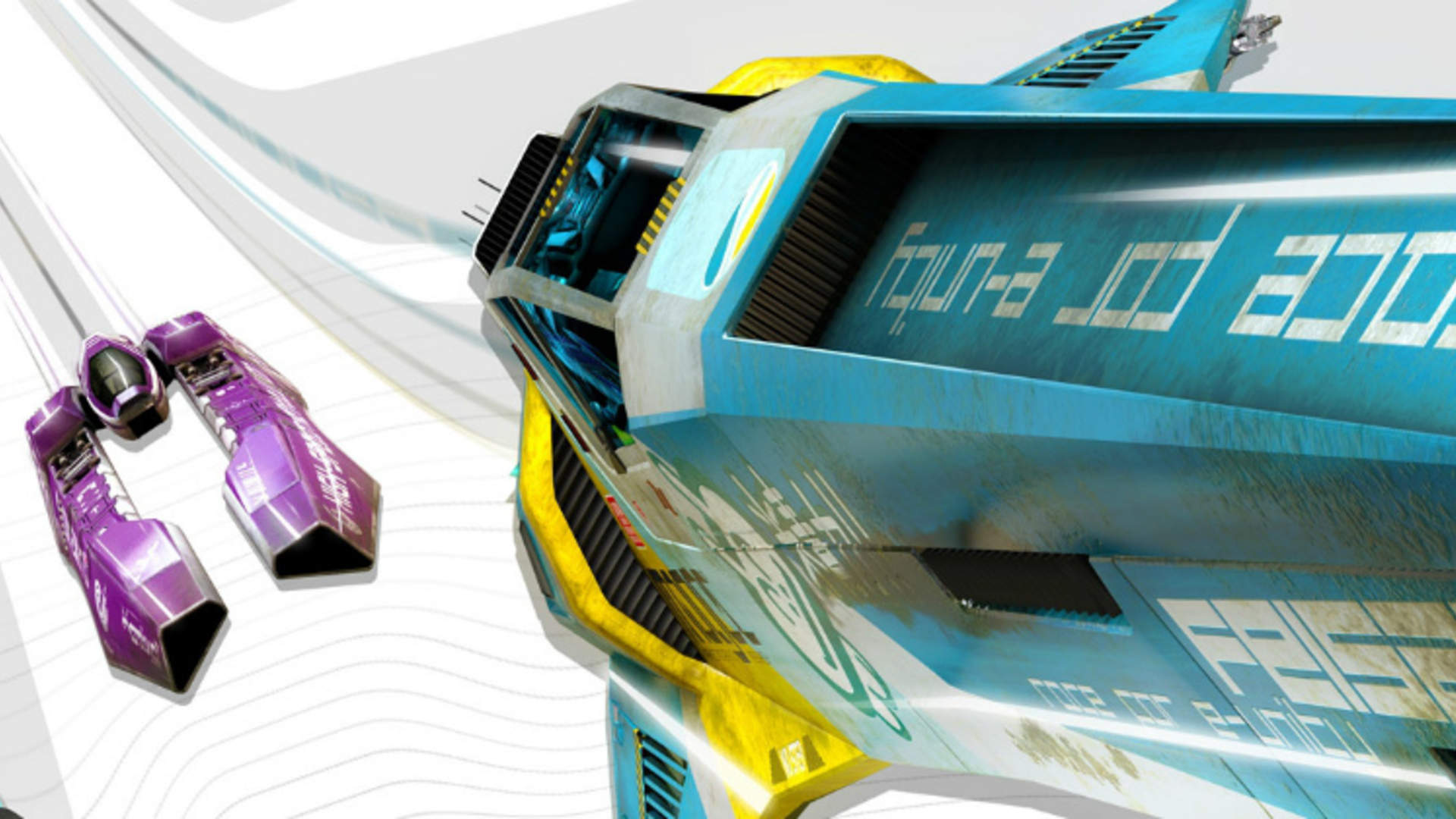 WipEout Omega Collection might be a collection of remakes but it’s still on the bleeding edge of racers.The FingerGuns review;

WipEout Omega Collection might be a collection of remakes but it’s still on the bleeding edge of racers.The FingerGuns review;

Once upon a time, the WipEout anti-grav racer series was a system seller. It’s a series that helped bring gaming into the mainstream subconscious with groundbreaking visuals, blistering action and a soundtrack packed with pumping club tracks. For 3 generations of consoles (as well as some handhelds along the way), WipEout was a reason to own a PlayStation device. After the closure of series developer Studio Liverpool in 2010, many fans of WipEout believed it to be dead and buried – but Sony weren’t done with it just yet. Announced at PSX 2016, WipEout Omega Collection is a remake of 3 classic WipEout titles – WipEout 2048, HD & Fury – for the PS4 with 4K visuals and gameplay tweaks.

If you’re entirely new to WipEout, it’s a stylistic series about careering around futuristic race-tracks on anti-gravity ships at impossible speeds while launching weapons at each other. WipEout HD was originally a remake of 2 PSP games (Wipeout Pure & Wipeout Pulse) which upgraded the visuals to 1080p at 60 frames per second. Fury was an extensive expansion for HD which made things a tad more aggressive and weapons orientated which eventually went on to have its own retail release. 2048 was Studio Liverpool’s attempt to show what the PSVita could do, offering a challenging and often punishing anti-gravity racing entry. Together they for the Omega Collection, some of the paciest racing games you will ever lay your hands on. Each game has their own dedicated section of the Collection but aspects have started to bleed together…

It’ll be obvious for any long term WipEout fan from the moment you start the Omega Collection – A lot has changed here and it’s not just the visuals that have been improved. The maneuverability of the ships in 2048 feels more fluid. The camera in HD and Fury responds better to changes in speed. The ships from all the games all sound meatier and more powerful. The weapons across all 3 games have had their effects and abilities unified and balanced (the shield is the only weapon that looks different in 2048 than it does in HD & Fury). Overall, it feels like Sony XDev, Clever Beans and EPOD Game Studios have managed to pull the experiences in line with one another and make them feel like one package. There has a been a mass of little tweaks made to the source material for the Omega Collection and it has made these 5+ year old games feel brand new again but still as familiar as your worn-in shoes. Whether it be in either of the 3 extensive campaign modes against AI opponents, online against other humans or locally in split screen, WipEout Omega Collection is damn good fun and plays incredibly well.

The area with the greatest improvement is, of course, the visuals. WipEout 2048 – a game that looked pretty damn good on the PSVita in 2012 – looks outstanding here. The tracks are highly detailed from the surrounding areas to the textures of the track underneath your racer. Both WipEout HD & Fury have had a visual spruce up with better textures and effects on the tracks that look fantastic in motion. While the game can output 4K visuals on the PS4Pro, the game still looks sublime on the bog-standard PS4.

A first for the WipEout franchise, the Omega Collection comes with a Photo Mode. You can pause the game and rotate around your ship to take a snap of your most impressive moments. This mode really lets you get creative, and you can add motion blur and all sorts of effects to the images. The only issue here is that when using this mode on WipEout HD and Fury, when everything is stationary, the game looks far less visually appealing. In fact, some of the textures used in the backgrounds that you couldn’t see otherwise entirely betray the games PS3 origins.

Then there’s the trance/techno/electronica soundtrack – a staple of all WipEout games. A mix of new, retro-inspired tracks as well as returning classics make up a fast paced, basey combo that’s among one of the best in the series. It’s missing a little something – maybe an Orbital track or 2 – but it’s still going to be driving you forward, asking you to go faster while you nod your head along to the beat.

One of the things that hasn’t changed about WipEout HD or Fury is the inaccessible difficulty levels. Both of these titles have 3 campaign settings – Novice, Skilled and Elite. The first of these won’t ever leave you behind because of rubber-handing but will enable you to pull ahead of the pack by a few seconds to allow you to learn the tracks. Once you knock the difficulty up to “Skilled”, you feel like you’ve been kicked in the arse by a Scud missile – it’s a huge jump in difficulty where the slightest of errors can mean the difference between 1st and 8th place. And then there’s Elite. Yikes. This is where the game gets aggressive and it doesn’t matter how well you drive, you have to rely on the luck of the weapons drops to take a gold medal. Expect broken Dualshock 4 pads.

Still, it’s the online modes that will offer the most longevity with the Omega Collection and having been racing there for a month, I can confirm that it’s a damn near flawless online experience. Everything runs as well as it does in couch multiplayer or single player.

In Summary, WipEout Omega Collection is a turbo boost down memory lane for long time fans in which we get to play 3 of the best games in the series in their best possible light. It’s like playing these games how we remember them being, rather than how they actually were and that’s an achievement in itself. Alternatively, the Omega Collection is a bumper introduction to the WipEout series for newcomers, jammed full of content that’ll keep you busy for months – if you can managed to overcome the frustrating difficulty jumps in HD & Fury that is. WipEout was once a system seller. It was a reason you owned a PlayStation, and while the Omega Collection doesn’t manage to return the series to those dizzying heights, it’s a damn fine racing game for veterans and newcomers alike.

The WipEout Omega Collection is available now on PlayStation 4 (version reviewed, obviously). For more information on how we review and score games, please see our review policy.