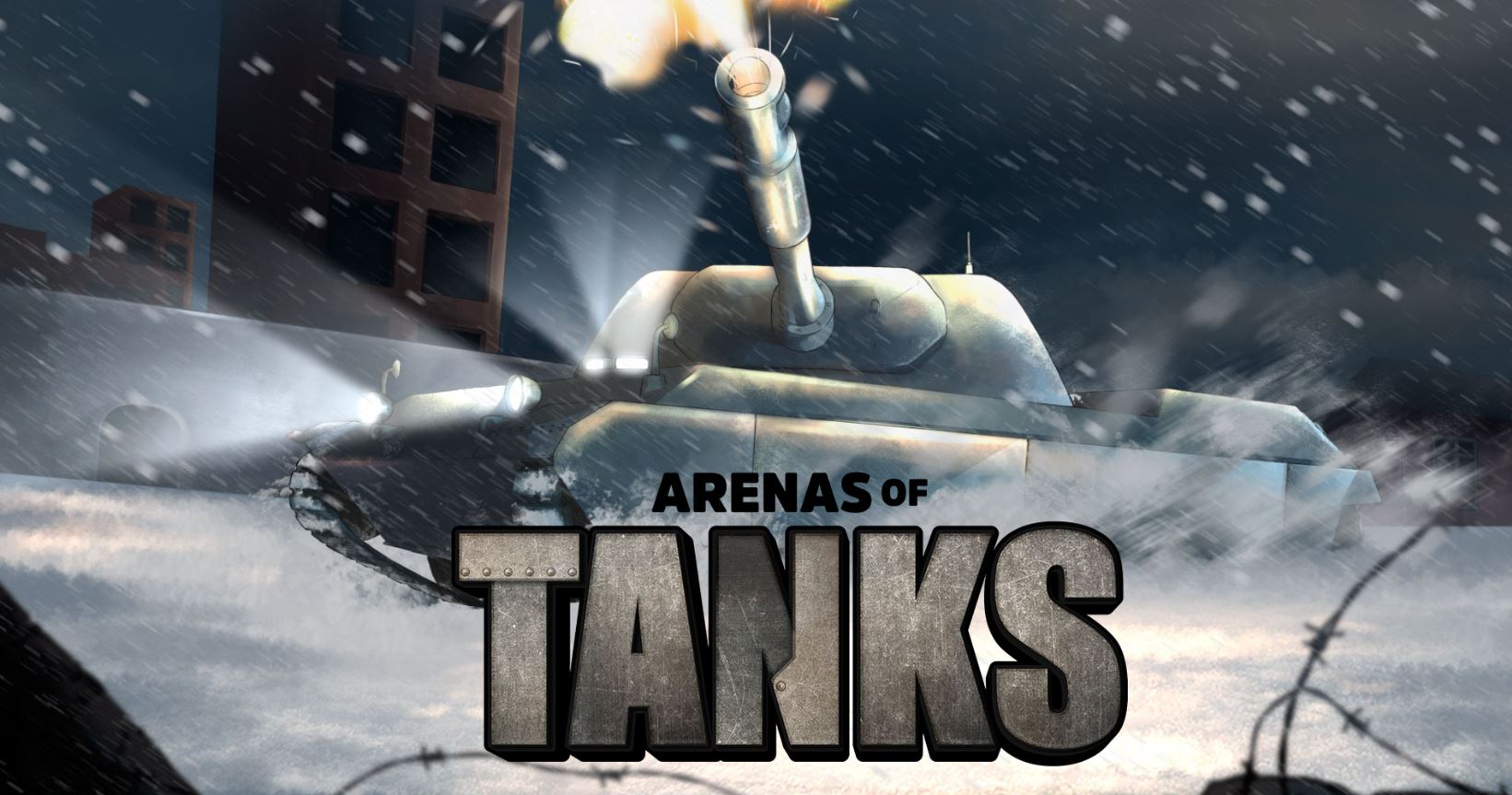 While it's better than its predecessor, Arenas of Tanks still has a number of frustrating issues. The Finger Guns Review.

While it’s better than its predecessor, Arenas of Tanks still has a number of frustrating issues. The Finger Guns Review.

I can’t claim to remember all, or even many, of the games I reviewed back in 2019. They all kind of blend into a blur from back then. I can very clearly recall reviewing Attack of the Toy Tanks from Petite Games and Ratalaika however. I can plainly remember being in a log cabin without any internet and being incredibly disappointed in it, squandering an opportunity to replicate the magic of the tank battles in the classic Micro Machines games.

3 years on and Petite Games have once again teamed with Ratalaika to release a follow-up – Arenas of Tanks. There’s no denying that Petite Games are a much better developer than they were when they released Attack of the Toy Tanks. With every game they launch – Bouncy Bullets 2 & Super Destronaut DX-2, for example – they show they’re improving on their predecessor. There’s no denying that Arenas of Tanks is a much better twin stick shooter that it’s forbearer. That statement comes with some caveats though.

The concept of Arenas of Tanks is the same as Attack of the Toy Tanks. A spin on the classic Micro Machines tank battles, it’s a twin stick shooter centred around the titular tanks. You do battle with armoured vehicles that spawn into an enclosed area. Tanks are colour coded according to their difficulty and type with enemies having a variety of offensive capabilities. Foes will spawn in waves and once you’ve defeated them all, others will enter the fray. Shots from your turret will bounce from walls once, so there’s a little tactical play required to out manoeuvre stronger tanks rather than out gun them. It’s a simple concept that’s without story, context or motivating factor beyond the tank battles.

Arenas of Tanks has just two game play modes that can be played across 5 locations. The core to the game is the arcade mode. In this mode, you’re battling against endless waves of enemies for as long as you can without dying in order to set high scores. Each tank you destroy with your turret increases your score and adds to a multiplier which increases faster if you kill enemies quickly. You can collect scrap from vanquished tanks which can be spent at any time to improve your tank or spawn in ally NPC tanks. The arcade mode isn’t doing anything new for the genre here, feeling a touch uninspired.

Thankfully, the Challenge mode is a bit more inventive. Again played over the same 5 maps, this mode puts 5 subtle twists on the combat that you’ll have to complete in turn. These objectives are like collecting a set number of scrap from defeated tanks, collecting a series of collectables without a weapon or surviving a wave of enemies with only a single life point. Do so before certain time objectives and you’ll be rewarded with a bronze, silver or gold medal. These certainly spice up the game play but don’t last long. It took me less than half an hour to finish them all with a gold medal grade.

As it’s being published by Ratalaika, you can guarantee one thing about Arenas of Tanks: It has an easy Platinum trophy. Despite there being maybe an hour or two of content here, the Plat took me just 14 minutes to unlock. Because the game is still fun beyond unlocking the Plat however, I’d stop well short of lumping this game in with the other trophy bait releasing on the PlayStation store recently.

It is still disappointing that there’s a general lack of content in Arenas of Tanks. Some of the arenas that you’re battling in feel recycled from other Petite Games titles like Land War and Toy Tanks, using the same textures and effects. While the game does track your highest score, there’s no leader board to speak of. There’s no online score boards either which might have fostered some more competitive play – a sorely missed opportunity. I’d have taken a multiplayer mode here too, local or online. There’s just a general lack of additional content that’s disappointing.

What content is here is subject to a few glitches too. The most egregious is that the turret aiming will occasionally get stuck in a direction. No matter how much you rotate the right thumb stick, the tank’s turrets just stays in the same direction. This happened a handful of times during my 2 hours with this game. Quitting to the menu and then restarting the run at the game always fixed this issue. If you’re part ay thought a really great run at the Arcade mode, this’ll no doubt be frustrating.

I’ve got to mention a pretty hilarious bug in Arenas of Tanks too. In the Arcade mode, the on screen button prompts are labelled up incorrectly. The icons on the screen say to press square to buy upgrades. In fact, if you want to but upgrades, you have to press triangle. Leaving the store is also mislabelled, with triangle and square mixed up. It took a few attempts at the arcade mode to realise this and it was an accidental button press that revealed the game’s error.

The last issue I found with Arenas of Tanks was to do with the opponent AI. For the most part, the enemy tanks are aggressive and challenging, making for fun play. Unfortunately, on some of the maps it’s really easy to cheese the enemies by spawn camping. Some of the maps have the enemies spawn from a line of tunnels that are really easy to camp outside of. On the map at the bottom of the screen, you’ll get a few seconds notice of where enemies are coming from by their vision cones. Using this, you can make sure to get the jump on enemies and destroy them before they’ve even registered your existence. A bit of play testing would have revealed this exploit so it’s disappointing that it’s still in the game.

Despite its issues though, Arenas for Tanks succeeds in its moment to moment game play. The cat and mouse play of fighting off against larger, more dangerous tanks feels great. It’s a shame these moments are marred by the glitches.

While Arenas of Tanks is undoubtedly better than Petite Games’ previous tank battle game, this title still has a number of issues that sour the whole experience. Bugs, exploits and a lack of engaging content mean that the otherwise enjoyable combat is left languishing between the rough edges. Maybe third time will be the charm for Petite Games and this series.