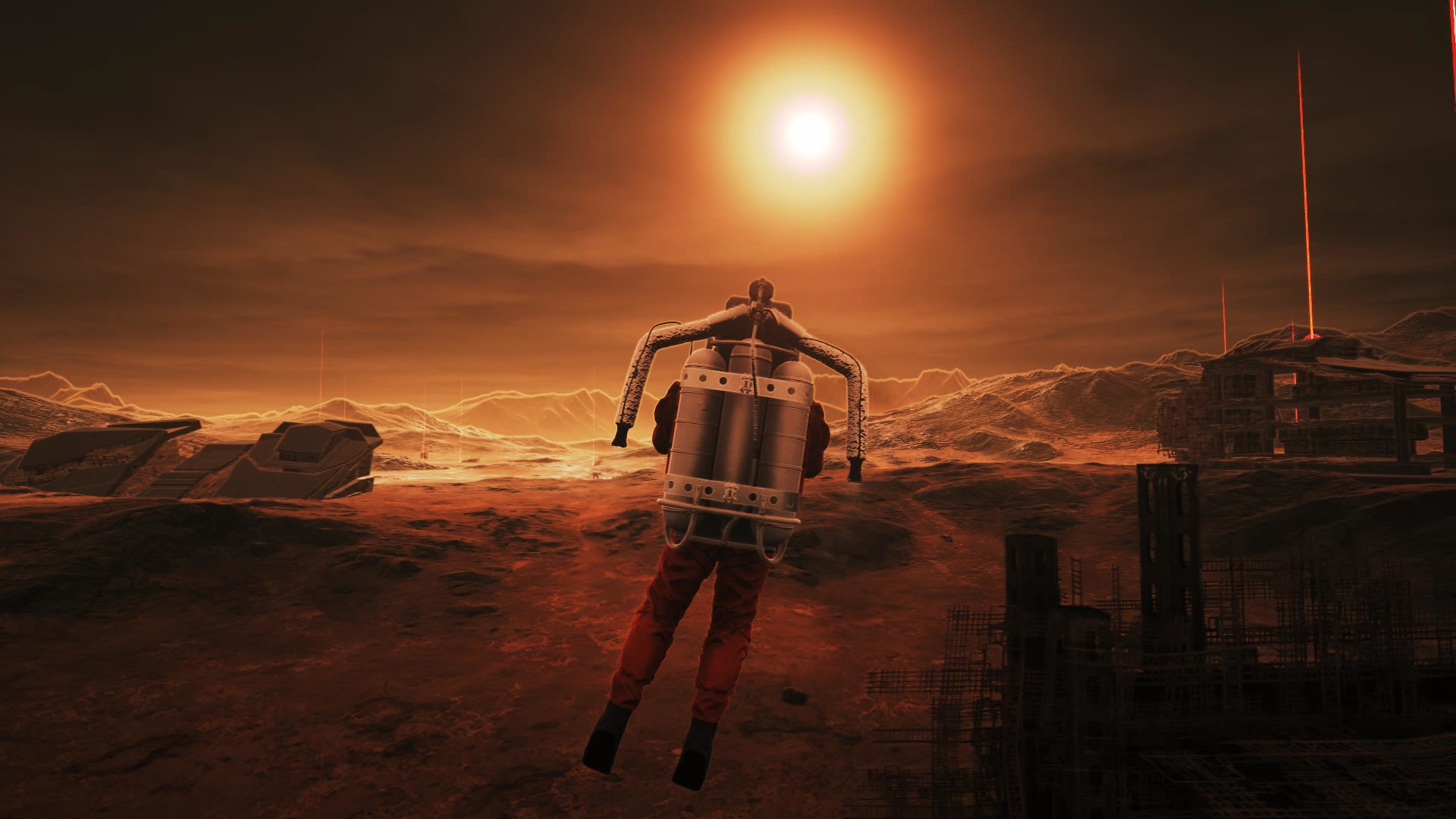 A short exploration game, Space Explorers: Red Planet has you jetpacking around a Martian landscape. The Finger Guns Review.

A short exploration game, Space Explorers: Red Planet has you jetpacking around a Martian landscape. The Finger Guns Review.

Costing just £0.79 on the PlayStation Store, I believe that Space Explorers: Red Planet sits very much in that impulse buy price range. It’s the kind of price that you see and go “Oh, go on then. How bad can it be?”. Over the past few years, I’ve reviewed a surprising number of games that fall into this ‘impulse buy’ range. There seems to have been a cottage industry spring up out of nowhere for them. For the most part though, the phrase “you get what you pay for” has certainly rung true. Games likes The Bronze Age, Spectrewoods and Tokyo Run all cost less than a bag of Doritos but they’ve been nowhere near as satisfying. Can Space Explorers: Red Planet buck that trend?

Space Explorers: Red Planet is, when boiled down into its purest form, just a sandbox. A lifeless sandbox at that. You control a astronaut, complete with propulsion unit which they can use to zip around a wide open space that’s made up to look like the surface of Mars. Dotted around this space are some features like sci-fi ruins, partly buried sections of broken down space ships and odd Martian structures.

There’s no formal aim to this game. You’re not given a list of objectives or waypoints. Instead, Space Explorers: Red Planet uses a tried and tested game play staple to get you moving: beacons. Beaming into the sky from each feature on this map is a streak of light to tempt you into moving there. It’s a game play tool as old as 3D games but it’s surprisingly effective here.

Aside from a PlayStation trophy, which you’ll be awarded each time you reach a beacon, there’s no reward or further motivation to explore the Martian map of Space Explorers: Red Planet. There’s no story, no characters, no environmental storytelling, no advancement or progress tracking. In fact, this is usually where I write about how “this game is just trophy bait, praying on PlayStation trophy hunters etc, etc”.

There is a little something in Space Explorers: Red Planet beyond some thrown together assets with a trophy list however. That hook is the traversal. Your little astronaut can run around the map, sure. With a click of a button though, that character can be gliding through the air… or lack of it I suppose. Smoothly gliding through space feels pretty good here. It’s fast fun, intuitive and well implemented so you can quickly get to flying around and visiting those beacons.

The visuals of Space Explorers: Red Planet are of a surprisingly high quality too, especially for a game that costs less than a bus journey. There’s every chance that the features on the Martian map have been purchased from an asset store and quickly placed in the environment using some novel engine tools. No matter how the sausage is made, the environment is convincing as the surface of Mars and is nice to look at.

The visuals are complemented by some tone setting music. There’s a few tracks here that cycle and repeat as you play. Some of these are excellent and match the sci-fi exploration vibe the game gives off. Others feel utterly out of place. One particular track feels like 80’s synth dance music which doesn’t feel at all in line with the game’s theme.

For everything that Space Explorers: Red Planet does right though, it has one obvious core flaw. It’s painfully short. There’s about 10 minutes of content here if you were to clear off each beacon on the map. That’s about as long as it takes for the traversal flying to start to get dry too so it’s likely you won’t want to be playing this for any longer than that. Once that traversal starts to get old, and those beacons drop away, the truly empty, lifeless core that lies at the centre of Space Explorers is exposed.

Compared to its peers though – those impulse buy titles that cost relatively tiny amounts that seem to plague the PlayStation store right now – Space Explorers: Red Planet is the best of the bunch. It’s not a ‘good’ game. It’s far from it. I wouldn’t even describe it as an ‘average’ game. If you want something to fill 10 minutes and have a quid of spare PSN credit, I can think of a lot of worse ways to spend it. I’ve reviewed a lot of them.

It’s short, lifeless and lacks substance but for 10 minutes, zipping around a Martian landscape in Space Explorers: Red Planet is strangely entertaining. This isn’t a ‘good’ game but of all the low-budget titles flooding the PSN Store these days, this is certainly one of the better ones.