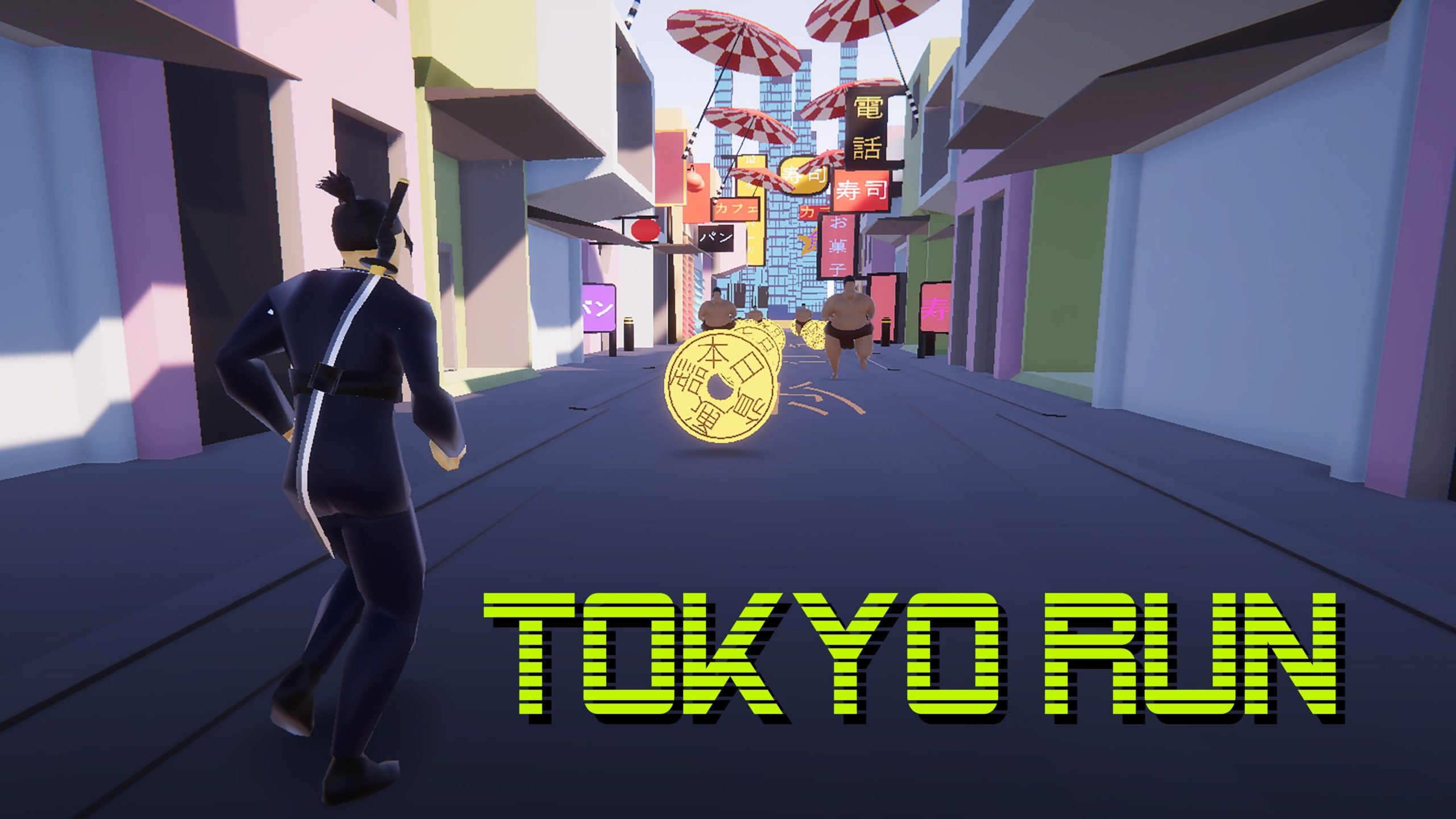 Another Platinum trophy with a price tag, Tokyo Run is RandomSpin’s latest and worst “game” yet. The Finger Guns Review.

Another Platinum trophy with a price tag, Tokyo Run is RandomSpin’s latest and worst “game” yet. The Finger Guns Review.

RandomSpin know their audience. There’s a likelihood that you’ve already decided whether you’ll play Tokyo Run or not dependent on how important your PlayStation trophy count is to you. Like all of the review’s I’ve written for this developers games, I’ll save trophy hunters the time by writing this up front: It took less than 7 minutes to unlock the Plat in Tokyo Run. Much like every other game from this developer – Chickens On The Road, Road Bustle & Funny Truck – this game becomes monotonous and boring even before those 7 minutes have elapsed.

What’s the thinly veiled reason for the game to exist this time? Well, you’re playing as a ninja who’s running along an impossibly long straight road with Japanese signage along its sides. As you do so, sumo wrestlers are running in the opposite direction while screaming random sentences. The unexplained aim of the game is to pick up coins which lie across the road. Why? Your guess is as good as mine. Maybe the sumos are all running for the bus and the ninja is scrambling to find money to buy some new shoes? Or maybe these were the easiest Unity Asset store assets to throw together for a thematically similar feel. I strongly suspect it’s the latter.

Mechanically, Tokyo Run is exactly like every other RandomSpin game. You run forward, pick up collectables and they add to a score board. Why are you racking up a score? For no other reason than to unlock trophies. There’s no targets to beat in the game, no leader board, and there’s no other reward for your efforts. There’s no jump or attack button, despite the ninja carrying a sword. There’s no penalty for being bumped into by a Sumo. The ninja simple falls down and then gets back up again. You can speed up the run of the ninja by holding down L1 which will bring the hollow, unearned “ping” of the Platinum Trophy sound effect that much earlier.

Much like the developers other games, Tokyo Run is also visually bland and buggy. The portions of the road you’re running on pop into existence ahead of you as you cycle through the same sections of street over and over. The Japanese theme is slightly more interesting than that of Chickens On The Road & Road Bustle but only because both of those games used the same exact environmental assets.

Technically spreaking though, Tokyo Run is easily the worst that RandomSpin have published. After unlocking the Platinum Trophy, I wondered what would happen if I stopped running against the Sumo tide and ran with it instead. There’s nothing stopping you from turning around and running towards the camera aside from some of the least precise controls I’ve ever come across. So I did. And I dropped through the map and the street floated above me. Turns out you can do this whenever you want. The game just doesn’t expect players to do it. So long as you keep running forward, the game functions which I suppose is a blessing.

There’s a reason Tokyo Run, much like some of RandomSpin’s other games, release solely on PlayStation 4. It’s because they know that if there was no trophies attached to the game, no one in their right mind would buy it. This game wouldn’t pass itself off as a half decent distraction during a loading screen, never mind a fully-fledged game release. Hell, the dinosaur game you can play on Google Chrome when you’ve got no internet connection is more entertaining than this. Still, RandomSpin must be making money from these games or they wouldn’t keep releasing them.

I won’t judge people buying this simply for a Platinum Trophy for less than £1 and 10 minutes of effort. In my younger days, I played those easy PS3 Platinum trophy games. I played Terminator Salvation, Disney’s Up and Alone In The Dark: Inferno, purely for a trophy in my virtual cabinet. The difference is that these were all actual games. I can’t say that about Tokyo Run. It’s exploitation of a system that capitalises on the most addictive aspect of video gaming and a shameless, artistically bankrupt cash in on a barely functioning and poorly designed set of assets.

Nothing more than a few Unity assets thrown together in the barely functioning shape of a game, Tokyo Run is frankly awful. With a Platinum trophy that takes less time to unlock than the time it takes for the game to download, this game offers nothing but a cheap and hollow virtual trinket that won’t offer the gratification you’re looking for.

Starship Troopers: Extermination - A Co-Op FPS Has Been Announced!
The Darkside Detective Review – Pixelated crime fighting in the 80’s. What’s not to love?
FMV Battle Royale "Bloodshore" Gets Release Date