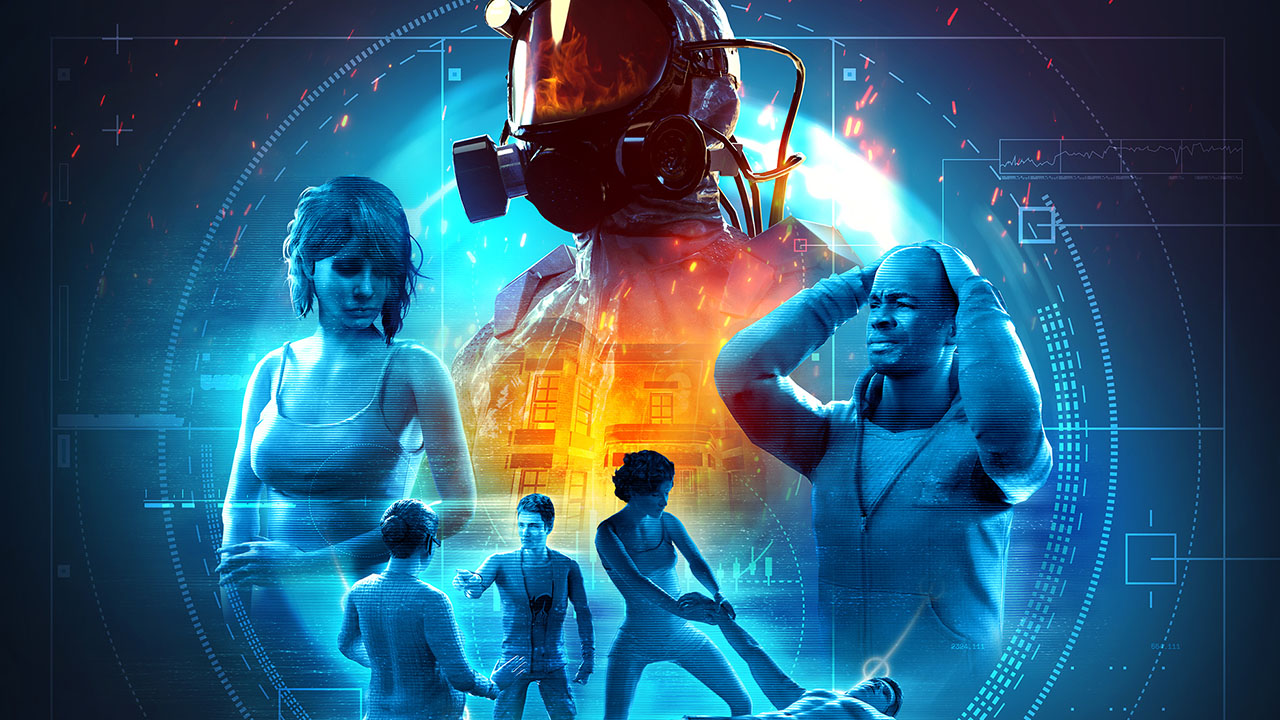 A 1st person timey-wimey narrative adventure, Eternal Threads is a fun if drawn out jaunt into the past. The Finger Guns Review.

By this point, I think “unveiling the events of the past by observing ghostly memories” should be considered the primary trope of story driven, 1st person adventure games. So many in this genre have us piecing together what happened in the past by watching little spectral stage shows played out before us. Everybody’s Gone To The Rapture did it. Ether One did it. Gone Home did it. Tacoma did it. Return of the Obra Dinn kind of did it. I could go on, but you get the picture.

Eternal Threads from developer Cosmonaut Studios and publisher Secret Mode is the latest game to challenge its players to reveal the secrets hidden in the past via incorporeal narrative breadcrumbs. For once though, it’s refreshing to find a game that really owns the trope. In fact, the commonly used set up is the central theme to this game and it’s all the better for it.

Before Eternal Threads sends its players rooting through the past, it explains our future. Years from now, humanity will discover time travel. However, what should be one of the crowning moments of human ingenuity becomes a moment of tragedy. The dawn of time travel sends “chromic radiation” back through the timeline, altering history as we know it. In this game you play an unnamed agent who’s part of the agency that is tasked with rooting out the effects of this radiation and correcting it. Thus, our agent is transported from the apocalyptic future into a shared house in Britain back in the good ol’ days of 2015.

Working with your man-in-the-chair from the future, the agent quickly discovers that the historic corruption that permeated this time and place had caused the death of 6 people. It’s also made very clear that there was a fire that likely claimed their lives. You find yourself standing in the blackened and burnt vestiges of their home. As a time operative, it’s your job to explore the building to figure out what happened, how it happened, and to alter events so that the effects of this corruption are averted.

To do this, you’re given access to a timeline. Along this timeline are almost 200 nodes set along X days, each of which represents a scene which you can watch using a hand held timey-wimey projector thing. You select a node, go to the place in the burnt out building in which they took place and trigger the event. A static-y projection of the past will then play out before you.

Many of these nodes will also ask you to make a choice. The radiated corruption of the timeline means that some decisions made by the characters have been altered and you have the opportunity to change them. Or you can leave them as they are and explore how they play out. The consequences of these choices are a central tenet of what Eternal Threads does so well. Altering almost inconsequential events like searching the mail a bit more thoroughly so that someone gets a letter they were waiting for can have far reaching consequences to the cast of characters you’re attempting to save. You’ll lock some nodes while unlocking others with each decision you make.

That cast of characters in Eternal Threads are easily its strongest aspect. The player character is a silent personality void, acting as a perfect proxy for the player and their decisions. It’s the 6 main characters, and a few regulars that pop in to influence things, that are at the core of this experience. With each new historical node you watch or influence, you’ll get to know these characters. You’ll get a glimpse into their lives, learn their personalities, their dreams and, most importantly, their secrets.

The script is almost exclusively fantastic in Eternal Threads, as are the vocal performances. Each character has a strong personality which you’ll be comfortably familiar with before the end of the game’s first in-game day. Ben and Jenny (not quite like the ice cream) are a couple that have been together for a while and have some difficult choices to make in the near future. Tom is the landlord of the property but has a secret that might come back to haunt him. Cheryl is Jenny’s best friend and resident wild child who loves to party. Then there’s the siblings Neil and Linda. The former is a university student who’s trying to find his way in the world. Linda on the other hand is attempting to recalibrate her life; she’s older, is married and has a child but feels lost in a sea of choices she didn’t make and is staying with Neil temporarily while she tries to get her head straight. Together, they form quite a compelling group to spy on through history.

The melting pot of personalities represented in Eternal Threads, drip fed as narrative breadcrumbs, gives the game a real “slice-of-life” quality. Between the idle chit chat and partying that help build the character’s personalities, you’ll find the whole gamut of the human experience from affairs to arguments to an unplanned pregnancy. While you’re only getting served minutes of their day at a time, you’ll experience the entire microcosm of their lives played out before you in the game.

If you’re playing Eternal Threads as I did – by playing through the timeline in a chronological order, day by day –  it’s easy to become attached to this cast of characters. There’s real juxtaposition between the fission of energy presented by the characters whenever you’re peeking in one their lives and the virtually silent burnt out husk of a home that you’re left with whenever the projections end. Watching their lives unfold before you, knowing what fate awaits this cast of likable characters and being consistently reminded of that, is compelling motivation to find the combination of choices you need to make to save them.

There’s an element of freedom to this game too, as you don’t necessarily have to watch the timeline in order. You’re free to jump around the timeline to view what consequences your choices have had a few days into the future, if that’s what you wish. A dotted line that joins two nodes on the timeline represents a connection between them.

There’s also times when you’ll have to skip a little chunk of the story and return later. Parts of the house you’re exploring is locked or inaccessible. You won’t know how to access these areas until you’re shown how too as part of your snooping into the past. Once you find out, that’ll open up new areas where you can experience the chunks of the story that you couldn’t see otherwise. Some of these scenes can paint subsequent scenes in a different light, offering up additional context.

There’s a plethora of little touches that help build a palpable atmosphere in Eternal Threads too. As you make choices and influence the history you’re watching unfold, new items will appear in the 2015, burnt up version of the house. It feels a little spooky the first few times this happens as new things show up in drawers you’ve already rummaged through, like you’re not alone. A creaky house can be an eerie place anyway, but occasionally things will go bump in the night and it’s just enough to put you on edge without being scary.

To see every node in Eternal Threads, and to find the ‘best’ ending, you’ll be looking at an 8 to 9 hour commitment. If I’m honest, that feels an hour longer than probably necessary. There are occasions in this game when scenes feel like they’re treading water. It’s not that they are unnecessary, but that they can take a while to get to the point. For example, some decisions can trigger a series of nodes to unlock which are clustered around the same half an hour span on the timeline. These happen throughout the house, in different rooms, which means a lot of running around to watch them all. There are certain parts of the game where this likely could have been tightened up to have events flow a little more fluidly into one another. Instead, it can feel like you’re having to backtrack through the home over and over to experience it all.

A few small gripes aside, Eternal Threads is a smart, uniquely structured and thoroughly enjoyable narrative adventure. By taking a trope that has become associated with the genre and owning it, the game feels fresh among the other games that attempt this concept too. If you enjoyed the likes of Everybody’s Gone To The Rapture or Tacoma, you’ll enjoy this.

Eternal Threads is launching on PC via Steam (review version), Xbox One and PlayStation 4 on May 19th, 2022.

Superliminal (PS4) Review – What Dreams May Come
EGX 2021: Interactive Fiction Might Be About To Have A Stellar Year
Spinch (Switch) Review – For The Multicolour Masters