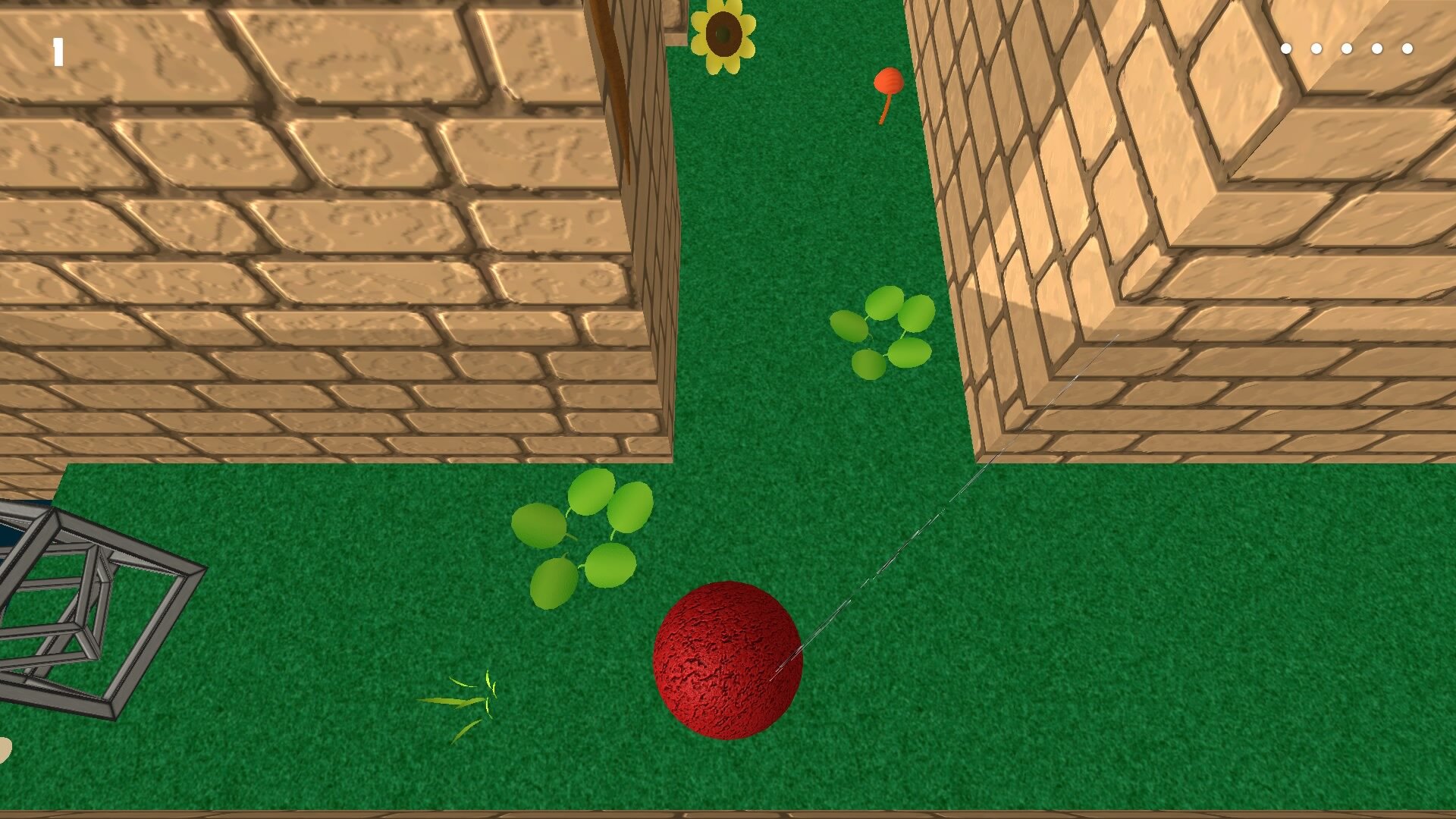 A simplistic rolling puzzle format is totally undone by an uncooperative camera in The Perplexing Orb, finally on PS4 in the EU. The Finger Guns Review.

A simplistic rolling puzzle format is totally undone by an uncooperative camera in The Perplexing Orb, finally on PS4 in the EU. The Finger Guns Review.

“Hey Sean”, I imaging you’re thinking, “why in the love of all things Peter Molyneux are you reviewing a game that released 5 years ago?”. Well, dear reader, The Perplexing Orb did originally released on the Wii U back in 2016 but it didn’t release on PS4 until 2019. Even then though it released, as the saying goes, “only in America”. 2 years later and here we are. The game has released on our fair shores which meant it appeared in the new PS4 releases for this week in the UK. I don’t think there was anyone anticipating its arrival in the EU, but was it worth the wait regardless?

As the name suggests, The Perplexing Orb features an orb, although I’m not really sure why you’d call it perplexing. You control this orb, directing its centrifugal force around floating platforms and mazes. The aim of every level in the game is to guide this orb to a (literal) finishing post and hit it. Yup – those mini-games you’d find in any number of other titles has been transformed into a fully fledged game here.

There’s a few rules to getting through the 60+ levels, split across 7 themed worlds, of The Perplexing Orb. If you fall from the platforms, you’ll have to begin the level all over again. As you do so, you’ll lose a life, of which you have 5. Lose all 5 of these lives and that’ll result in a a “game over”. What does this mean? Well, nothing really. After being greeted by a big GAME OVER sign, you can click a button and restart the level you were on with 5 more lives. This is obviously a left over artefact from a system that no longer exists in the game. Or the developers just wanted to try and add some level of tension to the play. The fact that there’s no threat from losing all 5 lives means it fails spectacularly.

Each level of The Perplexing Orb offers its own challenge that is somewhat thematically linked to the aesthetic of the world zone. The first world zone, the longest of the game, offers a mixed bag of narrow platforms, jumps and ramps to navigate. Not every world zone offers the same amount of challenge though. The swamp zone is short and every level is based around bouncy mushroom caps. Blink and you’ll miss the whole zone. An arctic zone has little sections of ice that has much less friction on the orb. The desert level has slanting platforms that test the player to keep the orb on them, even when not moving forward. In some levels, you’ll have rocket pick-ups which blast the orb into the sky.

Unfortunately, the challenge to the main content in Perplexing Orb never gets above “mild inconvenience”. Those 60+ levels will flash by in under 2 hours because there’s very little to test you. The variety in the levels is impressive but the way this variety is used feels very pedestrian. That’s partly because of the lack of threat from failure and that there’s just very little challenge to many of the game’s levels.

In fact, the biggest challenge you’ll face in the Perplexing Orb is fighting back against a bizarre camera set-up. The camera position and angle is locked within this game. It follows the orb as it traverses a level from the same place, no matter what obstacle you’ll face or the direction it heads in. You can’t spin around to check the angles you’re heading down. Sometimes you’ll be moving towards the camera while trying to avoid pitfalls, or moving through parts of the environment, which is awkward and intolerable.

Mediocrity is something you can use to describe about further aspects of this game too, particularly the visuals. Levels look like 3D chunks of Sonic The Hedgehog scenery with patterned flooring and sharp edges. There’s an air of “messing around in Unity making a tech demo” to the art style here, like it’s placeholder art. The accompanying music is a bit of a mixed back. Some of it is irritating and repetitive while other tracks are quite nice and match the theme of the world zone.

Ultimately, the Perplexing Orb is a disappointing game. The concept is simple and rather than make the most of that basic concept by realising something impressive or exuberant, it’s just a rudimentary set of obstacles to overcome. There’s a few hours of blasé game play surrounding a handful of levels which really nail this concept. The EU release might have been delayed but we’ve not really been missing out on much.

The Perplexing Orb is available now on PS4 (review platform), Wii U or PC.

Metro Exodus Enhanced Review (PS5) - Back On Board
Dreamworks Dragons: Dawn of New Riders Review – An Above Average Movie Tie-In
Eternal Threads Review (PC) – If I Could Turn Back Time