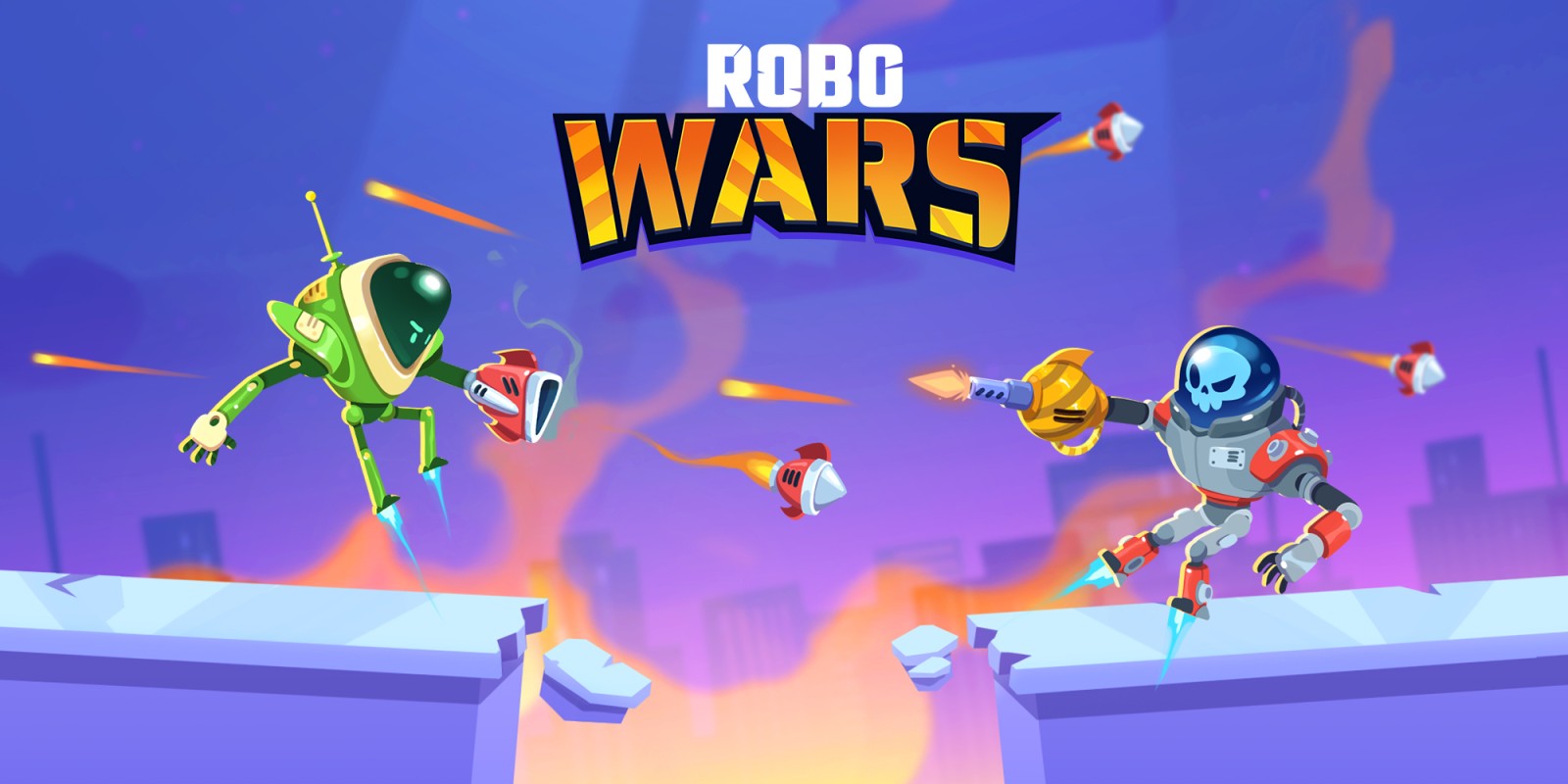 Robots with lasers descend on the Switch for a depressingly uninteresting time. The Finger Guns Review:

Robots with lasers descend on the Switch for a depressingly uninteresting time in Robo Wars. The Finger Guns Review:

It’s been quite the hiatus since my last endeavour into video game reviews. Luckily, there’s been an abundance of small indie titles just begging for some exploration since returning to the land of rain and cloud. Ah England, ever the sunny escape from warmer climes.

One such indie game is Robo Wars, a Switch release offering up every 90s kid’s digital hopes and dreams – Robot Wars brought to live and in your fleshy hands. It should be a dream come true really, getting to pick out your own destructo-bot and lay siege in a cartoonish hail of steel and bolts.

Much to the chagrin of Jeremy Clarkson (yes, the one from Top Gear!) and national treasure Craig Charles I’m sure however, Robo Wars is a meagre chassis that barely deserves mentioning in the same breath as that hallowed show they both presented back in 1998/99.

Robo Wars is as easy as they come to play. A 2D action game where your two primary inputs are to shoot (Y) and jump/hover (B). No need to aim, the game does it for you. Using the left trigger/bumper (whatever it’s called on the Switch) you can manually aim, but it’s rather wonky and frankly unnecessary, so don’t bother.

Power ups will rain from the sky in the various forms of shields, bursts of infinite ammo/fuel and even a barrage of rockets. They’re certainly handy to end a battle in a snip, but that’s just the problem, they only serve to end the fights even faster than their already pathetically short run-time. I’m sure there’s an innuendo in their somewhere, but it’d be over too quickly.

Anyway, you’ll shoot, hover and jump about till your opposing bot flops over and then move on over to the next fight. Happy days, right? The only thing to look out for is the energy bars closing in on both sides and the occasional red barrel or mine, but they’re a minor inconvenience. The AI is completely devoid of the actual intelligence part too – getting stuck on platforms, easily pushed into mines. Hell, you can beat most encounters by just jumping on them or standing right next to them and just holding Y until they’re scrap.

Robo Wars is missing any form of challenge nor variety to actually make the engagements interesting, so after about 3 fights (there’s 80) you’ll have run the rodeo there is to run probably 3 times too many, never mind the other 77.

Whether you choose to abuse the comically poor AI or play it… properly (?)… you’ll quickly recognise each “level” is just a preset picture backdrop, upon which you’ll randomly fight one of the robot types with a different weapon. Beat all 10 and you move to the next one, where you’ll fight, you guessed it, the same bots and same weapons, just randomised again. If you were hoping for some gameplay progression and incline of challenge, you’ll be as bitterly disappointed as I was at the Robot Wars reboot.

Which brings us to the core reason I dislike Robo Wars. Indeed, above the issues of bad, boring, bot busting gameplay and a pretty dismal level design offering, it goes even further by having the worst possible progression system – loot boxes. Everyone’s favourite poison in the video game space is a loot box. Wearing its mobile-esque design squarely on its hinges, Robo Wars succumbs to the awful practice of RNG for cosmetics robo avatars and weapons.

At the start, it throttles your progress entirely. You can select one crate to open at a time, wait the specified number of minutes, open it and get sweet F all for your waiting. If you want to open more than one, cough up your in-game currency to do so. If you don’t have enough said currency, you better not have 4 crates already, as you can’t have more than that at a time. Why you ask? Who knows, maybe the developers are scared of odd numbers.

In the opening 20 minutes I therefore spent more time watching crate counters tick down than playing, as the game urgently warns you against moving to your next fight for risk of sacrificing your potential crate. It’s about as interesting as it doesn’t sound. Imagine if Robot Wars had the carnage-dealing roaming boxes stop every 30 seconds to show you an advert and you can visualise the experience. Once I remembered the gameplay is comically easy and crate materials are rather superfluous though I decided to plough onwards anyway, I’m sure there’s a crate graveyard somewhere at Nintendo HQ. RIP.

By the 8th set of levels, I had more currency, materials and upgrade points than I could possibly imagine however. The scaling is busted ya see – about halfway in you’ll be in a cycle of getting more rewards than you can possible use so, yeah, that’s a thing. You can put points into health and movement speeds, but health only really matters. You can spend coin on upgrading your unlocked weapons and cosmetic armours too, which is… fine? Again, no real purpose to it as it just imbalances the odds vs the AI akin to putting a boulder on a scale when other side has only a pebble. And a pretty dim pebble at that.

I reached the end of the levels, having fought the same rinse-repeat enemy bots for about 65 of the 80 fights. If you imagine this game as a pie chart, 30% will be viewing menus for equipment, 15% holding two buttons down to win battles, and the rest clicking through loot box screens. It’s even more ridiculous how this obviously designed pay-to-win microtransaction based system doesn’t even have the microtransactions to speed you through it. It’s a lose-lose for both player and developer. Not only egging the consumer’s face but proceeding to metaphorically pile-drive their own into a barrel of yolk.

There is a rivalry mode where you can play split-screen with someone else. I didn’t try it myself, for risk of subjecting basically anyone else to this bore-fest. Nor would I recommend you sacrifice your valued friendships for it, there’s enough suffering in the world already, no need to have another human being face this snooze-inducing title.

With each “level” taking about 5-30 seconds to complete you’ll be finished in less than a couple hours. To some that may seem a pleasant way to spend the journey from Somerset to London. To 99% of the human population however, those two hours would be better spent looking out the window, or even at the floor. At least it has more interesting patterns than watching numbers tick down. Robo Wars may not be sawn in half, busted across the chops and set ablaze (I.e it does work), but it’s so beige, so trashy and so mobile-like in the worst ways it can’t even provide a pittance of the joy watching robot toys carving each other in half in 1998 managed to achieve.

Built on mobile game design, Robo Wars has gameplay a toddler could master and a slide-show of boring “levels”, if you’re generous enough to call them that. The use of time-gated loot box structure for progression (with no actual microtransactions) only sullies the experience further. There are apps with far more interesting countdown timers available basically everywhere, which are probably much more worthy of your time… and money.