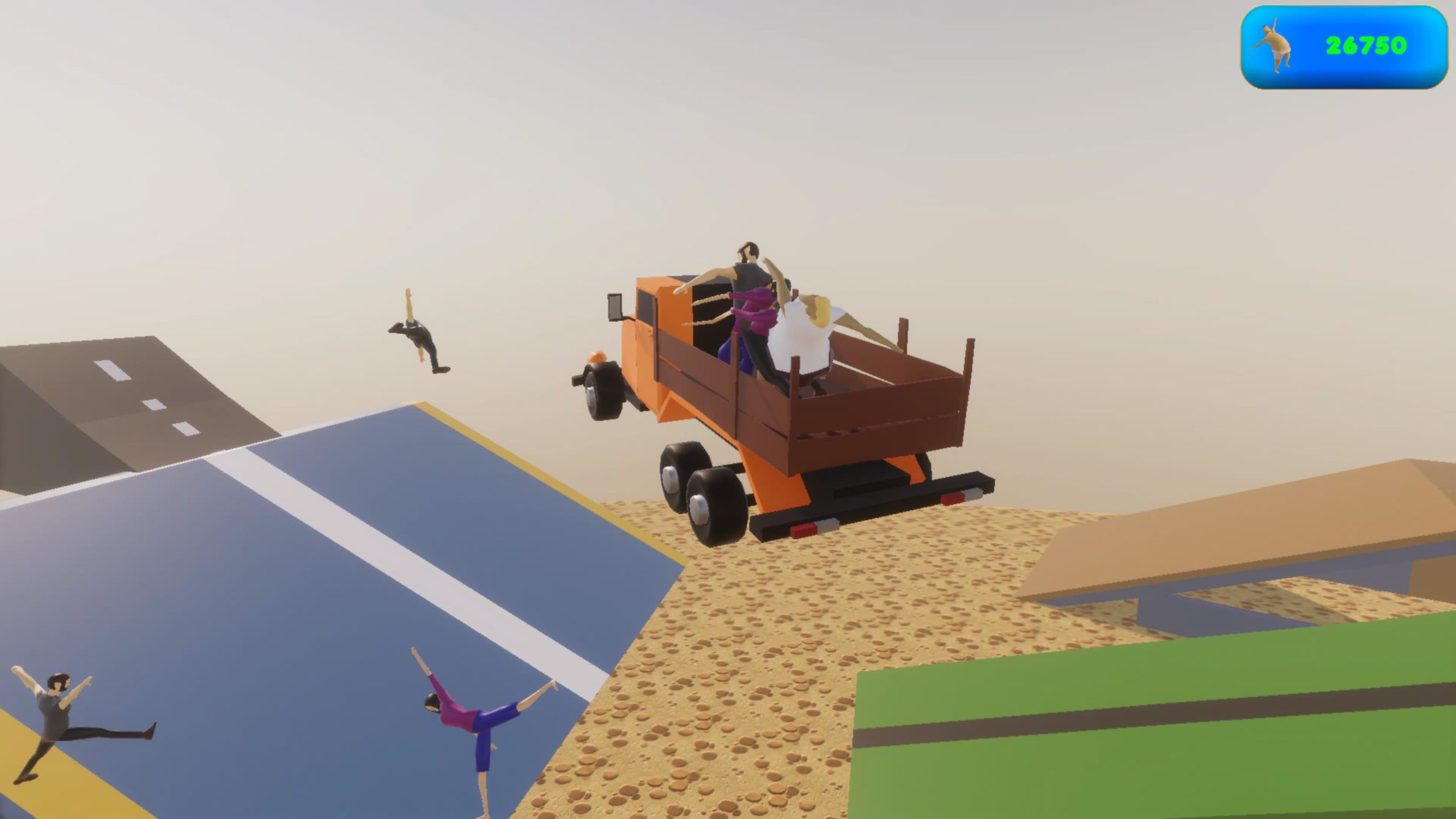 Little more than a Platinum trophy with a price tag, Funny Truck can barely be considered a "game". The Finger Guns Review.

Little more than a Platinum trophy with a price tag, Funny Truck can barely be considered a “game”. The Finger Guns Review.

Some of you will have arrived at this Funny Truck review to read one thing. I’ll save you some time. The first Trophy earned, mere seconds after the start of the game, was at 11:47PM. I unlocked the Platinum Trophy at 11:55PM.

That’s right. This game costs less than a Snickers Duo from a Service station and it’ll take you less than 10 minutes to unlock all 22 trophies. Much like RandomSpin’s other PS4 titles Chickens on the Road and Road Bustle, Funny Truck is little more than a Platinum trophy with a price tag. If that’s all you’re after – no judgement here, I was an unashamed trophy hunter in years gone by – then you’ll get what you want from this game. If you want to actually play a game when you buy a game, well… you’re going to be mightily disappointed.

Funny Truck has no menu screen. When the game starts, you’re presented with a one button option to start play. If you want to change the sound levels, invert the controls or change the difficulty, you’re out of luck. This game isn’t giving you those option. There’s one game mode and it’s about as shallow as the menu.

Upon beginning Funny Truck, you’ll find yourself controlling a truck that looks much like any other truck. It’s normal and anything but “funny”. What is unusual is that from the back of this vehicle will spawn groups of people. The aim of the game is to throw these people from the back of the truck. As you do so, you’ll earn points.

Half the time, if you’re travelling at any kind of speed, these people fall out on their own accord as they’re spawned. If you’re looking for a quick Platinum trophy, you can simply push the left and right stick in the same direction and the people will just fly out over and over. If you at least want to pretend like there’s depth to the game play, there’s a variety of ramps and wobbly platforms to drive over. These aren’t positioned in any meaningful way. They’re slapdash placed around the arena set in a void without any real discernible meaning. It’s not like they’re set up so you can perform stunts or get on a fluid run or anything. They all slow down the scoring because nothing is faster than simply spinning the car around anyway.

Why do you need to earn points in Funny Truck? Are their leader boards? Are there cosmetic items or unlockables based on your score? Are there rewards for your play? No, no and no. There’s no progression system or purpose to the game play aside from the Platinum trophy.

Visually, Funny Truck is blocky and bland. Squint while playing and you could be forgiven for mistaking it for an untextured tech demo. The textures that are used in the game are repeatedly over and over – that flooring is migraine inducing. This isn’t helped by a chiptune version of the Russian Dance from the Nutcracker playing in a loop. It’s a strangely grating and confusing ambiance when put together.

If there’s one entertaining aspect of Funny Truck it’s the sound effects that the people give off while they fly out of the back of the vehicle. Sure, it’s cheap gags – fart noises, squeals and cheering – but my kids got a few short lived giggles out of it. It’s dumb, but at least it’s something.

Little more than a Platinum trophy with a price tag, Funny Truck is a glib and dull experience. With no progression or reward system, game play that wouldn’t cut it as a mini-game in any other title and unpleasant visuals, it’s a poor game. Aside from a few cheap laughs, there’s very little content here and you’ll have seen everything this game has to offer in a matter of minuets.