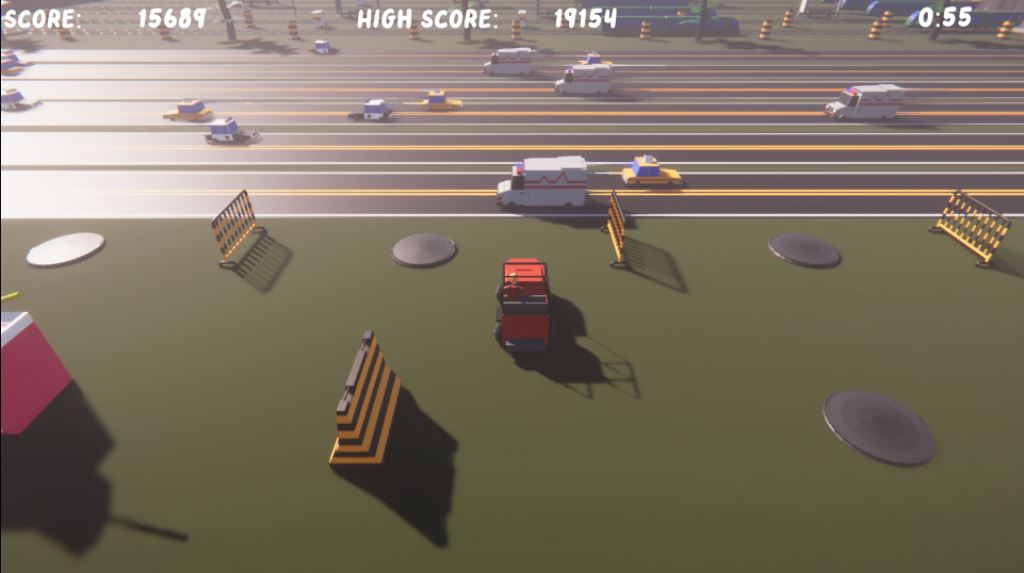 Imagine Crossy Road but utterly terrible. That's Road Bustle, a cheap game that proves that you get what you pay for. The Finger Guns Review.

Imagine Crossy Road but utterly terrible. That’s Road Bustle, a cheap game that proves that you get what you pay for. The Finger Guns Review.

7 minuets. That’s how long it took me to “complete” Road Bustle. And by complete, I mean get the Platinum trophy. Sure, I could have continued to play the game but honestly, nothing here compelled me to play any longer than that. Make no mistake, this game exists for one reason and one reason only – as a cheap game that’ll quickly boost your trophy score. If that’s what you’re into, and there’s no judgement here, feel safe in the knowledge that for £0.79/$1, you’ll get a Platinum trophy within 10 minuets. For everyone else? I’d highly advise you save that money. Road Bustle is an atrocious game.

According to the game’s store page, Road Bustle is about delivering a package on a day when there’s lots of traffic. It would have been helpful if any of that context was put into the actual game. Instead, I had to rely on a lifetime of video games to intuit what to do. If you’ve played Frogger or Crossy Road then you’ll know what the aim is. Keep heading up towards the top of the screen while avoiding the cars and trains that are continually crossing your path. Get hit by anything and it’s game over.

Road Bustle is apparently endless (but I don’t have the patience to test this) and randomly generated so each run – both figuratively and literally – will be “different”. That adjective is in speech marks because while the structure will be random, there’s such a small amount of content in that mix that after mere seconds, you’ll have seen everything this game has to throw at you. Roads. Train tracks. Houses. Several roads one after another. Repeat ad infinitum. All of this is presented in a low-poly art style that’s quite frankly plain ugly.

The core issue with Road Bustle is that there’s no agency to the game play. There’s a timer but there’s no time restrictions or reward for playing the game quickly. There’s a score system but the game is so easy and simplistic, you’ll likely run out of patience with the repetition by the time you’ve hit the platinum trophy requirements. There’s no excitement to the game play because every danger in the game runs according to a pattern and because you can take your time to study it, it’s almost impossible to actually fail.

This is all topped off by a soundtrack that loops that’s that only acceptable part of Road Bustle. It’s a funky track that is probably purchased off a stock music store. Unfortunately, it’s constantly fighting against an ambient traffic soundtrack that sounds like it was recorded on a mobile phone then played on full blast.

The only positive aspect of Road Bustle is its price. It costs less than a bar of chocolate but honestly, I think it would have taken me longer to eat a big bar of Cadbury’s than it did for me to get tired of the game play in this title.

The saying “you get what you pay for” certainly applies to Road Bustle. An unsightly runner that’ll keep you entertained for mere seconds, this game is little more than a Platinum trophy with a price tag.