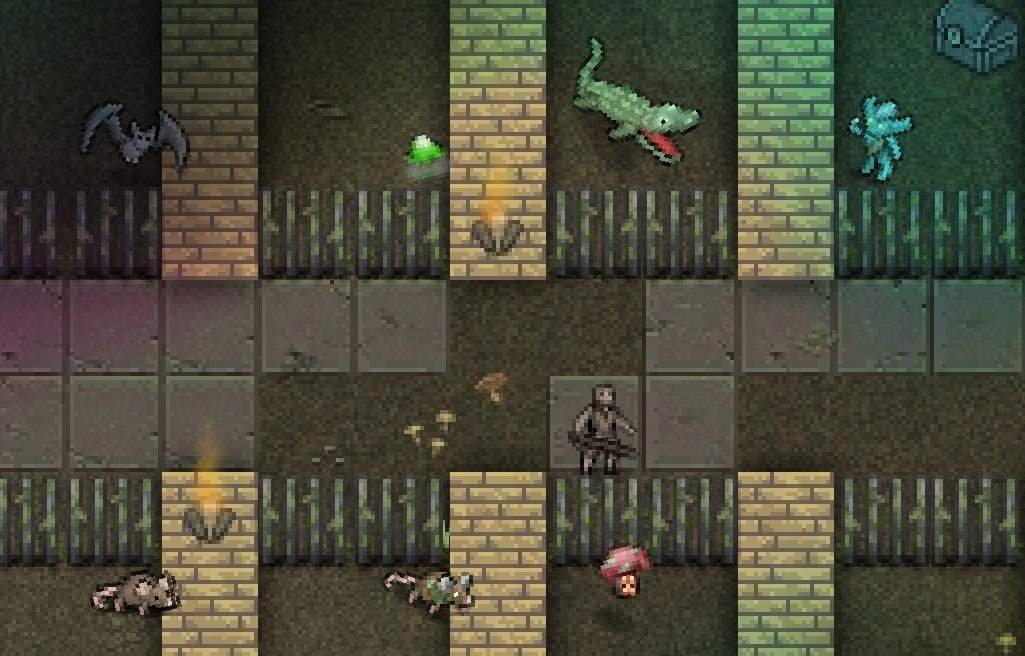 A massive fantasy aRPG that’s weighed down by clunky combat and tonal inconsistencies, 9th Dawn III: Shadow of Erthil will be a hit with fans of Ultima but a slog for anyone else. The Finger Guns Review.

A massive fantasy aRPG that’s weighed down by clunky combat and tonal inconsistencies, 9th Dawn III: Shadow of Erthil will be a hit with fans of Ultima but a slog for anyone else. The Finger Guns Review.

One of the hardest aspects of being a video game critic is when you’re challenged to write a review for a game that you have absolutely no strong feelings for. It’s relatively easy to critique a game when you love it or hate it because the words come easily. When a game falls in between the two extremes however, finding the words can feel like drawing blood from a stone. That’s where I’ve been with 9th Dawn III: Shadow of Erthil for the past 2 weeks. I’ve been playing the game since early October and every time I’ve sat down to write my thoughts about this game, they’ve come out as nothing but “it’s okay”. What’s frustrating about this is that it’s easy to see the objective quality this game world has – which I’ll mention in a second – but the game gives me very few incentives to want to explore it.

9th Dawn III: Shadow of Erthil begins like every good RPG does – with a customisation screen. Here you get to design your hero from skin tone to hair style. The options here aren’t exactly extensive but they do allow the player to get a little personality into their avatar. From there, it’s onto one of the tiredest tropes in the fantasy RPG genre – a sewer level. This acts like a tutorial, taking the player through the basics of movement, combat and inventory management and they get to smack some rats around for good measure. As first impressions go, 9th Dawn III doesn’t leave a positive one.

Thankfully, once you get above ground the game begins to open up and a little more colour is introduced, washing away the bad taste the game’s start leaves. Presented in an almost-top-down-but-not-quite angle with pixel art visuals akin to the Ultima games from the 1980’s, 9th Dawn III isn’t the best looking game but it’s a modern incarnation of a classic art style that riffs on nostalgia while sitting alongside any modern day indie RPG. The animation of everything in the game doesn’t quite match the level of the visuals. The player character moves like a paper puppet, as do most of the NPC characters and monsters you’ll meet. Everyone moves like they’re stiff, like they just woke up the day after a full day in the gym.

From the starting village, the narrative told through 9th Dawn III: Shadow of Erthil is a meandering one. Rather than twists, turns or a solid arc, it nudges the player around the frankly massive open world map in order to complete objective after objective under the guise of fighting off dark forces that threaten the world. Eventually the player’s character gets embroiled in ancient prophecy but the story feels more like a means of encouraging exploration rather than an attempt to tell an engaging tale. It’s also tonally inconsistent. One moment it’s talking about the evils threatening the lands and how imperative it is that you get involved and then the next quest is light-hearted and almost jovial. That’s not necessarily a deal breaker, so long as you can forgive a grind…

The combat in 9th Dawn III is shallow on PS4, potentially a residual trace of this game’s mobile game origins. The Dualshock’s left thick stick moves your hero around the world while the right thumb sick indicates the direction of attack. The weapons equipped – of which there are a whopping 300 – indicate the speed and type of attack and how much damage it’ll do. It’s hard not to feel like an occasional passenger as the player during combat. Many brawls boil down to simply pointing the right stick in the direction of an enemy and making sure the hero doesn’t run out of health by using items when necessary.

This is a shame as combat serves as one of the main activities of 9th Dawn III and forms part of the progress blocking aspects of the game. As the hero travels the fields of Ashwick, the sprawling depths of huge dungeons right through to the perilous Hollow Mountains of Scorn, fighting everything that raises its hand in your direction, they’ll gain experience. This experience will – in typical RPG fashion – result in a level up. Activity points are the reward for each new level which can be spent to increase the magic, attack power, defence and more. Out in the wild, you’ll also find ‘Ability coins’ which can be spent on 12 separate skill trees to permanently increase the hero’s stats. Combat abilities also improve the more you use particular weapon types – the more you use, say a great sword, the more proficient the hero becomes with it.

It’s not uncommon to find yourself facing monsters – from a charismatic rogues gallery 270 deep – that far outpower the player’s hero. This is partly because it’s sometimes easy to wander into area’s you’ve not yet been guided towards and partly because 9th Dawn III wants the player to grind out some experience via exploration. It’s often hard to know which is happening at any one time. Even from the start of the game, on your first quest, the quest giver says “Maybe you could explore some of the ruins, get some experience?”. If the combat was more active or exciting, I imagine this grind would be more palatable. Alas, the time spent fighting monsters just to be able to match the challenges posed by other monsters becomes a dry gameplay cycle quickly.

9th Dawn III does manage to generate enjoyable gameplay moments from an unlikely source – the mini-games and support systems. There’s cooking, utilising the food you’ve plundered on your travels in a mini-game that challenges the player to balance the heat on a pan. Do this well and you can create meals which provide buffs in battle – but it’s a mini-game that’s fun regardless. Using bait and traps, it’s possible to tame the fauna in the game and create a team with them. There’s crafting, smithing, carpentry, fishing, mining and alchemy to take part in. Each brings their own benefits to the core game loop but they’re all pleasurable time killers regardless. Then there’s the side quests – around each town are folk who need a hand. Some of these quests guide the player to unique locations while others exist as comedic devices. Lastly but most importantly is Fyeud, easily the most engrossing aspect of 9th Dawn III. This is a card game that’s like a single row version of Final Fantasy’s Triple Triad only with stackable cards. This game can be played against many of the NPC’s in the game and the winner gets to take a card from the loser’s hand. There’s 180 collectable cards to collect and I’ve found myself spending hours just trying to obtain cards rather than adventuring like I should have been.

From the pixel art to the grandiose fantasy inspired soundtrack, the entirety of 9th Dawn III: Shadow of Erthil was developed by one man. I’m not usually one to evangelize solo projects but it’s hard not to be impressed by the scope and the quality that is on show in many of the mechanics here. The fact that this game was made by a solo developer is astonishing. That being said, despite the objective quality of much of 9th Dawn III, the loose narrative beats and simplistic combat don’t provide enough incentive to push through the hours of grind necessary.

There’s much to love in 9th Dawn III: Shadow of Erthil but it requires such an investment and patience from the player in order to pay off that many won’t push through to see the game’s best moments. The plot could have been tightened up, the presentation will be divisive and the combat lacks meaningful depth but the game world and activities it contains will have you busy for many, many hours if 9th Dawn III gets its hooks into you.