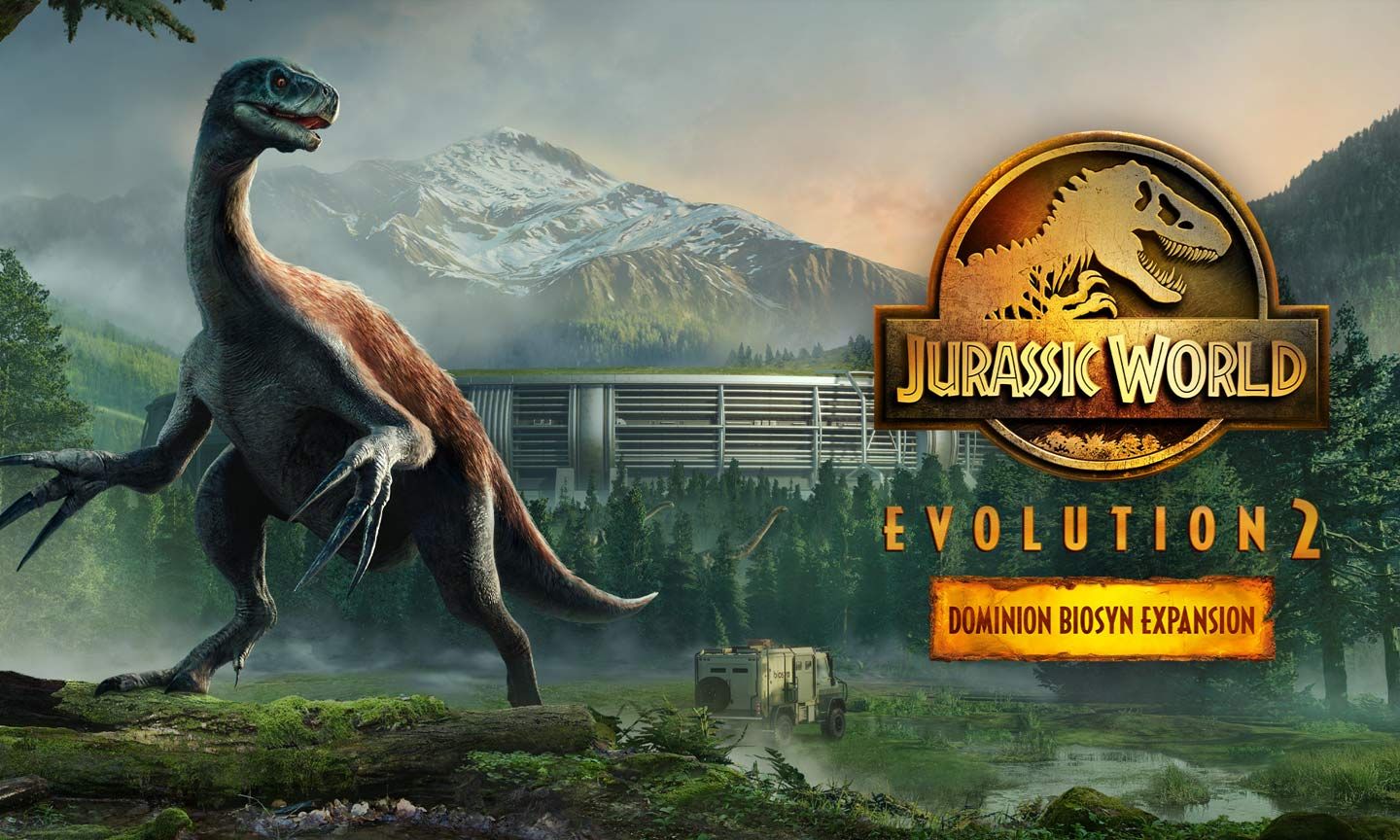 Long awaited feathered dinosaurs are brought to life at last, but is the Dominion Biosyn Expansion worth the price? The Finger Guns review:

Dinosaurs are cool, man. When Jurassic World Evolution 2 hit in November 2021 I had a thoroughly great time settling and looking after the dangerous pre-historic reptiles. The overly-expensive Early Cretaceous Pack flattered to deceive as it’s first content drop however, putting a slight dampener on the future of the game. Camp Cretaceous followed soon after but again, it failed to deliver a substantive content update worth jumping back in for.

Dominion Biosyn expansion aims to rectify that problem however. Dropping into our enclosures is a brand new campaign, an additional chaos theory scenario and a small sprinkling of new dinos to house. Sounds like a great time, right? Well, let’s see if this DLC pack reaches the peaks of the original movies or slumps into extinction like the new trilogy.

I Never Asked For A Monster!

Given the promise of a new campaign is the primary reason many people will be eyeing up this expansion, let’s start there. Based on the events of the new movie due to hit cinemas imminently, it’s a nice extension of Jurassic World content. Of course, that’s if you even care for the new movies, no judgement if you don’t. There’s a new map whereby you’ll be tasked with doing the exact same objectives you’ve done dozens of times in the original game and the sequel across campaigns, challenges and Chaos Theory modes. Basically, you build the same enclosures and park, just being dictated to which removes most of your agency.

The new attached story is surface level at best, as you establish another park (ya know, following the other 15 parks that have all worked out just swell so far) for Lewis Dodgson. He’ll spout some nonsense about it being different this time and new scientific goals and blah blah etc etc. It’s fine. Like much of the “story” from other campaigns and scenarios, it’s a shoe-string thread to justify giving you menial tasks you’ve done before but wrapped up in the same coat of paint. If you were hoping it’ll capture some of the bombastic action of the movie, you’ll be as disappointed as Jeff Goldblum relying on a toilet for cover from a T-Rex.

In fact, calling it a campaign at all feels slightly disingenuous. It’s effectively 2 short levels, with the first tasking you with building a handful of enclosures to home a few dinosaurs, but this time, with invisible fences and gates. There’s a slight change to expeditions (it’s now a tiered map based on the amber sample from the first movie), research options (heavily reduced) and the power grid. Power is now done via hyper-loop stations, with the connectors now underground instead of overground as pylons, while the hyper-loop allows transport of guests below the surface too. Don’t get me wrong, getting rid of the eye-sore pylons is grand, but it’s hardly gameplay innovation supreme is it?

The scenario ends once you hit 75 dinosaurs. By the time you do all the other objectives, you’ll be at about 30-40, so do yourself a favour and just pump out 35 Gallimimus’ to get it over with. The second level has you recovering a scorched version of the map in an on-rails section using mainly response teams and very limited building. You know, the parts of the base game people enjoyed the least…

Anyway, it introduces a new mechanic – wrangling (read: glorified herding) – where you become the very best automobile doggo and funnel dinosaurs from one spot to another using awkward, clunky cone fields-of-view and then hit R1 to beep at them to follow or mush. In the interest of fairness, it’s not terrible. Also in the interest of fairness, it’s bloody boring. By the time I finished the “campaign” I was more glad the tedium was done than pleased from having had a good time. If this was your reason for returning, it’s likely not worth it.

Why Did You Have To Make It Personal?

The new Chaos Theory scenario is okay but too much on the short side. It introduces a couple of new buildings in the shape of watchtowers, spotlights and flashbang traps. All of these are used to ward off “Rustlers” – opposing jeeps that try to tranquilise and airlift out your sacred dinos. It takes place on a new snowy map, but again falls into the same repetition of building a small park with 3 enclosures, before having to manually use the response team to ram into cars with pretty poor physics.

As is usual, you’ll need to expand the park once the objectives are done to reach 5 stars and clear it, but I genuinely didn’t want to by this point. The content offering is so shallow I just didn’t feel engaged enough to push through. Even having Sam Neill and Laura Dern reprise their original roles doesn’t do much to salvage the experience.

Lastly, there’s the new feathered dinosaurs, including the awesome looking Pyroraptor and Therizinosaurus. There’s only a couple fresh introductions, with new skins available for classic reptiles like the T-Rex and Dilphosaurus showing off their new fluffier skin. Given this was a much requested feature from fans, it’s a welcome inclusion, but it still begs the question of how whether all this content qualifies as a worthwhile expansion.

In the end, I find it hard to recommend the Dominion Biosyn expansion. While not terrible, broken or poor by any means, it’s just feels short and shallow with its main additions. If you absolutely adored the base games, then this is probably worth checking out in a sale. At full price though, it feels once again like you’re being short-changed. The new dinos look awesome, but the campaign and Chaos Theory scenario can be finished within a couple of hours if you’re quick, much of which time will be spent doing tedious work with the new mechanics.

It’s a shame. I appreciated the base game so much, but the expansions up to this point have felt lackluster. You can do much better with £15.99.

Another disappointing and short addition to the wonderful Jurassic World Evolution 2, this movie tie-in content is rapidly exposed as bare-bones and dinosaur feed. The new mechanics are tedious, requiring more of the gameplay least enjoyed in the base games, while the admission fee to this additional park ride simply isn’t worth it unless you’re a hardcore fan.