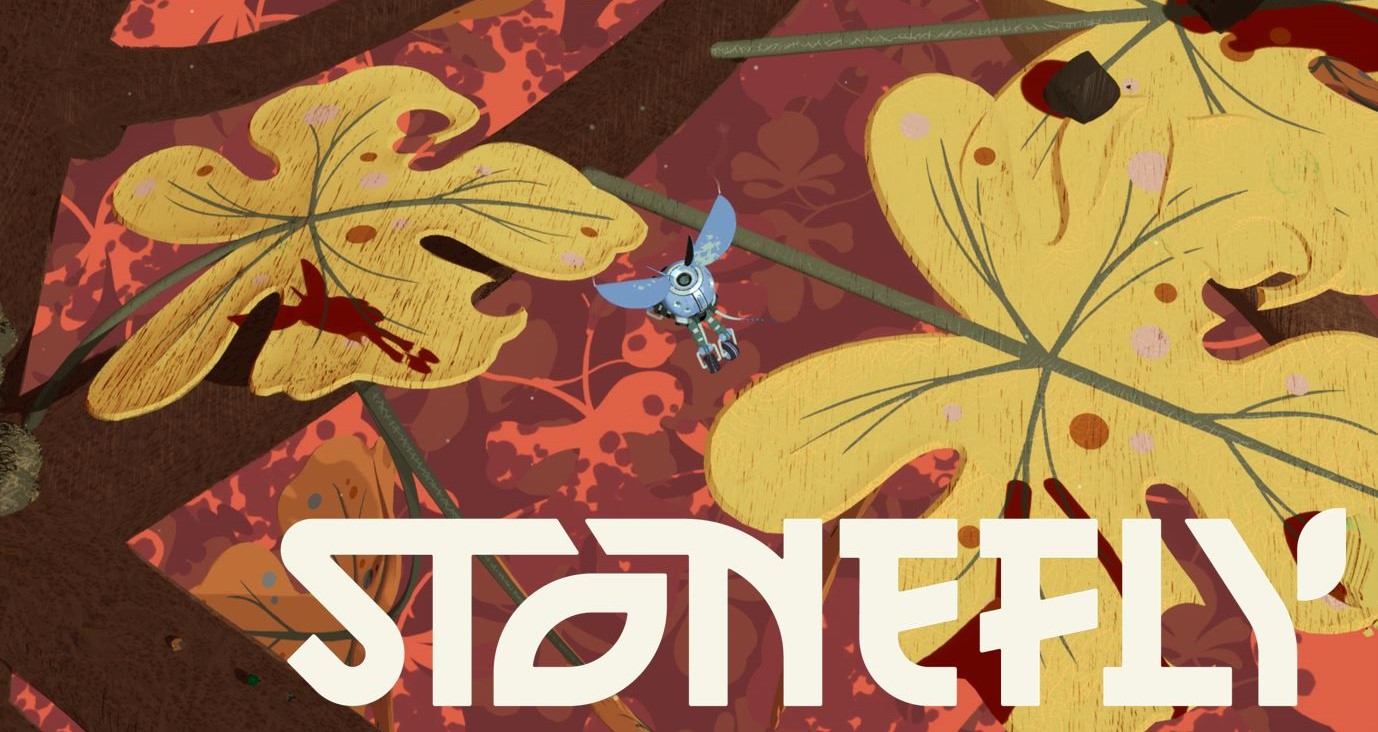 Chill mech adventure game Stonefly has a release date - and it's really soon!

Looking at Stonefly makes me think of a bunch of iconic cult 90s properties. Honey I Shrunk The Kids, Innervision, and the Cave shmups, Bug Princess and its sequel. Stonefly has you piloting a mech, miniaturised down to the size of a bug, and then sent off on a coming-of-age journey as Annika Stonefly. She’s a brilliant but naïve inventor on a quest to recover her dad’s beloved rig after it is taken by a thief in the night. As Annika, players get to craft abilities for their very own mech as they venture into the wilderness, harnessing the wind to glide among the trees and take on dangerous bugs as they harvest materials.

Described as a chill and tranquil mech adventure game, Stonefly is the new game from Flight School Studio, the award-winning devs who made the crazy pinball action game Creature In The Well a few years back. Those wonderful cel-shaded pencil-marked graphics look great, and the whole thing has us thinking of Pikmin. We can’t wait to check it out when Stonefly launches 1st June 2021 on everything – PlayStation 5, PlayStation 4, Xbox Series X|S, Xbox One, Nintendo Switch and PC via Steam and the Epic Games Store (pre-orders are already available on EGS).

To promote the upcoming release, there is a series of trailers coming out over the next month, offering players a glimpse into the world of Stonefly. They’re only short, but each is a Stonefly Snapshot, covering a different aspect of the game. This first one shows off the interesting combat – there’s no bug-splatting, it’s all about using lift and gravity to push bugs off leaves, or dump them into rivers. We love a pacifist game where you don’t need to kill everything. This one’s going straight on our wishlist.

Attack of the Toy Tanks (PSVita) Review – More Like Septic Tank
Return to Monkey Island Review (Switch) - Guybrush's Back, Back Again
SnowRunner Review (PS4) – Something To [Literally] Get Stuck Into