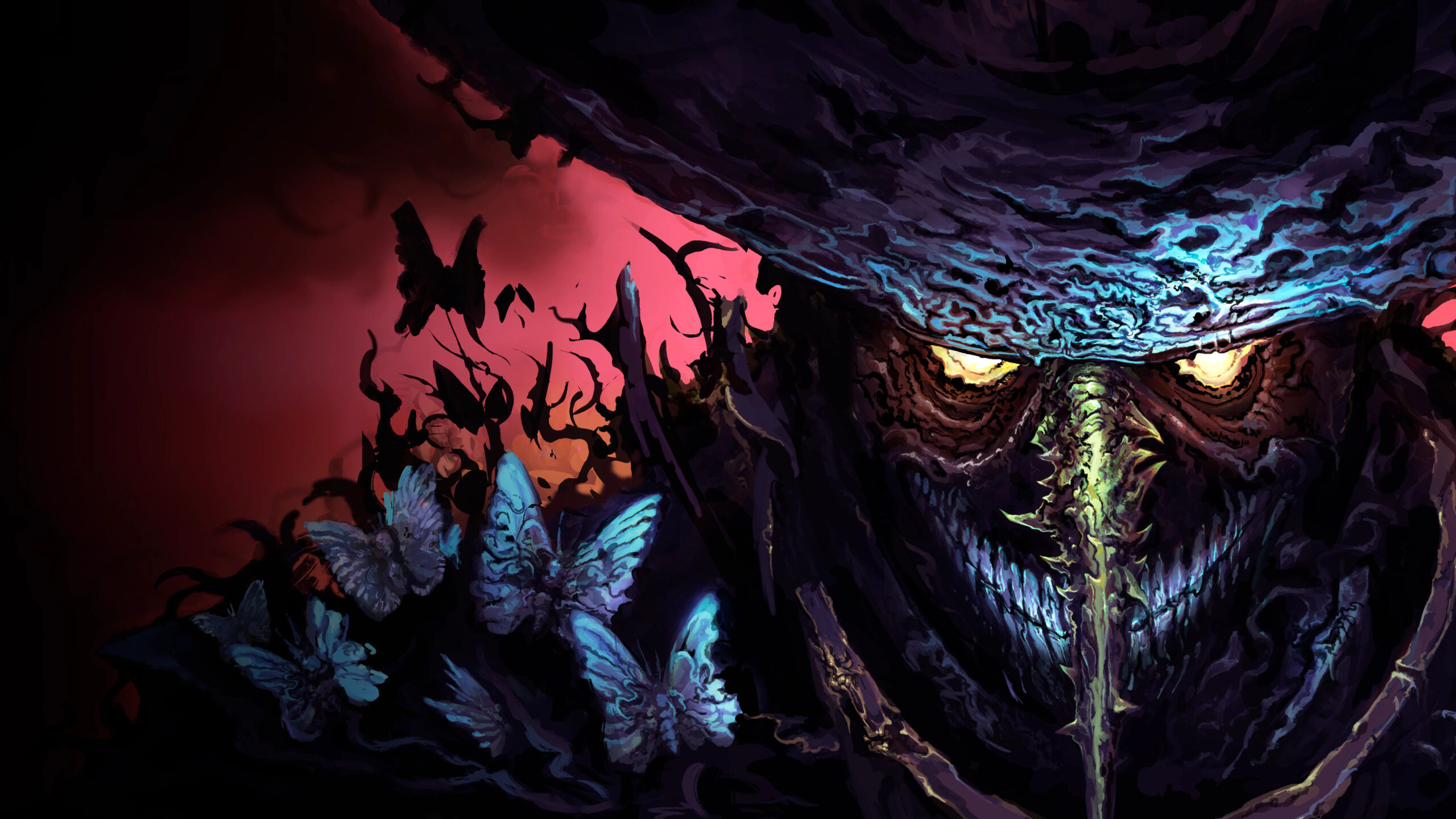 An adventure game inspired by games of old, does There Is No Light shine a light on the top-down, retro genre? The Finger Guns review:

Let it not be said that I am easily pleased when it comes to retro games. I just happen to have a particular style of game that I like, something that There Is No Light fits into like a Tetromino. I grew up in the SNES’ heyday, with top-down hack and slash/adventure games leading the way. Did I understand the dark tales and undercurrents in them? Absolutely not, but the gameplay was great.

So, as time moves forward, storytelling progresses but the mechanics stay the same. There Is No Light is dark (as the name suggests), has quick-fire combat and a stats-and-skills system akin to modern offerings. But it retains that visual style of old, the Zelda’s and Secret of Evermore’s that paved the way.

But ultimately, can it hold a candle to both its predecessors and modern day counterparts? Or is it doomed to fade to black like so many that grace Steam? Let’s shed some light on it, shall we?

You’ve Died. Oh Well, Up You Get

As I mentioned in my No Place For Bravery review, it’s hard not to make initial comparisons to FromSoftware’s prize-winning breed of game. But then, when you’re a nameless protagonist who rises from the dead near the beginning, it’s difficult. Well, unless you want to be a hipster and compare it to Altered Beast or something.

As it goes, the population in There Is No Light live subterranean lives, worshipping something called The Hand. Every year, a child is sacrificed to the church surrounding The Hand, on the proviso that it and its Solar Knights keep everyone relatively safe. So far, so… religiously cult-like. It’s when our hero’s child gets taken that things become amiss.

Struck down whilst opposing the sacrifice, our nameless protagonist is felled and left upon a corpse pile. But narrative and fate have something else in mind, as the enigmatic Samedi (presumably of Baron fame) resurrects the poor fellow. Crafting a sword from his heart and binding the hero to his services, Samedi sets the undead-ish hero on a mission to expose the church and its wrongdoings.

A Reaver of Souls, If You Will

As far as gameplay goes, I’ve essentially summarised it already. But if you’re not a relic of the past like me, harbouring old game knowledge, allow me to bring you up to speed. A top-down hack and slash is essentially that. Armed with sword, quick wits and some special attacks, the nameless has to battle through several dungeons to reclaim pieces of him stolen by The Hand. This unlocks a sealed door that holds the endgame, naturally.

This is achieved by leaving Samedi’s little realm and venturing into hostile biomes. The first (that I went to at least, I don’t know if you can tackle in any order) was an old subway full of spiders. There’s also ruins, dilapidated buildings and some grotesqueries that wouldn’t look out of place in Blasphemous to explore too.

Each of these, like a Soul Reaver title, hold a boss that has what we want. Killing these beasties will relinquish a colour-coded piece of the hero, thus weakening The Hand’s grip on proceedings. It’s not entirely original, given the abundance of references I’ve used so far, but then, it doesn’t have to be.

It’s retro, which isn’t always a bad thing, yet it still holds some modern trappings as well.

Whilst the combat is akin to Alundra and the like, it isn’t shy about incorporating modern stylings. For one, a skill/experience system that evolves over time. This is achieved the usual way: hit things, get experience points. These accumulate in bars that become skill points, which in turn can “buy” skills. It’s pretty standard fare.

As are the skills, ranging from the usual hack-and-slash affair: special attack cooldowns, health regeneration and such. But as always, with the right build and planning, a player can customise their hero to a degree. For me, I focussed on upping Omen, my sword, to hit harder and get some health regens for doing so. When you’re on a time schedule to get far enough in the game to formulate a review, you don’t want to mess around too much.

That being said, it’s not as in-depth as a Souls or JRPG. The main tenet is “hit thing with sword”, so don’t expect different “builds” or whatnot. Players are still encouraged to get stuck in and go toe-to-toe with big beasties and the corrupt church.

Do Go Off Wandering

In terms of exploration, which works alongside the combat, there isn’t much in the way of variety in its levels. They’re not strictly linear, whilst many do have corridor-like tendencies. But don’t expect massively, sprawling dungeons either, this isn’t labelled as a dungeon crawler.

It usually boils down to “You’ve got a choice of right or left. Go right: dead end, might as well go left”. Sometimes going right (or the equivalent example) will yield some extra experience or health, sometimes not. It’s more down to the player to sate their curiosity, not the game to offer misleading avenues.

There is some nifty traversal moments, but these are contextual and more often than not act as points of no return. It’s quite cool seeing the hero vault to higher ledges, or drop to lower ones, in that faux 2D/3D aspect. But there are moments, on occasion, when you can lock yourself out of an item that you can then walk past on a higher plane.

That’s the nature of exploration though, isn’t it? It’s not the game’s fault, it’s on the player if they want to explore or not. There’s no penalty for not, so don’t feel like you have to.

This Religion Are Sick

So far, There Is No Light is ticking all the boxes on my retro adventure game checklist. It’s got fun combat that’s not too convoluted. It’s got exploration that doesn’t punish for wandering. The story is engaging enough, if a little cliché with the whole, “Religious intent masking sinister goings on” angle. So naturally, I can’t find much to complain about.

If I were to nitpick, and I do because I critique therefore I am, the only real immersion-detachment is in some of the dialogue. Some awkward sentences here and there, so non-sequitur sentences that just seem to have no bearing on what’s going on, things like that. But then, this is a development team from Russia, and an indie game at that. They’re not going to have Ubisoft-levels of localisation teams to hand, are they?

In terms of gameplay issues, again there’s nothing really major to report. It’s an indie game published on Steam, so expect the appropriate level of random oddities as you go. I had one or two moments of being stuck in scenery, the occasional monster just disappearing if I knocked it out of frame. But in terms of a game of this scale and pedigree, it’s pretty well polished.

To conclude, I really enjoyed There Is No Light. Of course, that would be apparent by me enjoying that style of game, wouldn’t it? So yes, slightly biased but then that’s going to give you a better look at it, rather than say, playing Metal: Hellsinger and not liking heavy metal.

However, that’s not meant to alienate people if you haven’t played any of the aforementioned titles. You don’t have to have a retro gaming knowledge to appreciate something that pays homage to that style. Going into something old-but-new can be just as refreshing as trying a game outside of your comfort zone.

So, if you are into the likes of Blasphemous but fancy some top-down action instead (that’s a little more forgiving), or you are familiar with older games, this will be up your street. A dark tale, wrapped up in a Zelda-esque dungeon/boss fight adventure, it only suffers from the occasional bit of “indie jank”. But the good certainly outweighs the bad here.

A top-down adventure title that pays homage to the likes of Zelda and Illusion of Time, There Is No Light is an illuminating game that fits alongside them. A little rough around some edges, it nonetheless scratches that itch for retro enthusiasts and newcomers alike.

There Is No Light is available now on PC via Steam (review platform), PlayStation 4, Xbox One and Nintendo Switch.

Tags: HypeTrain Digital There Is No Light Zelart