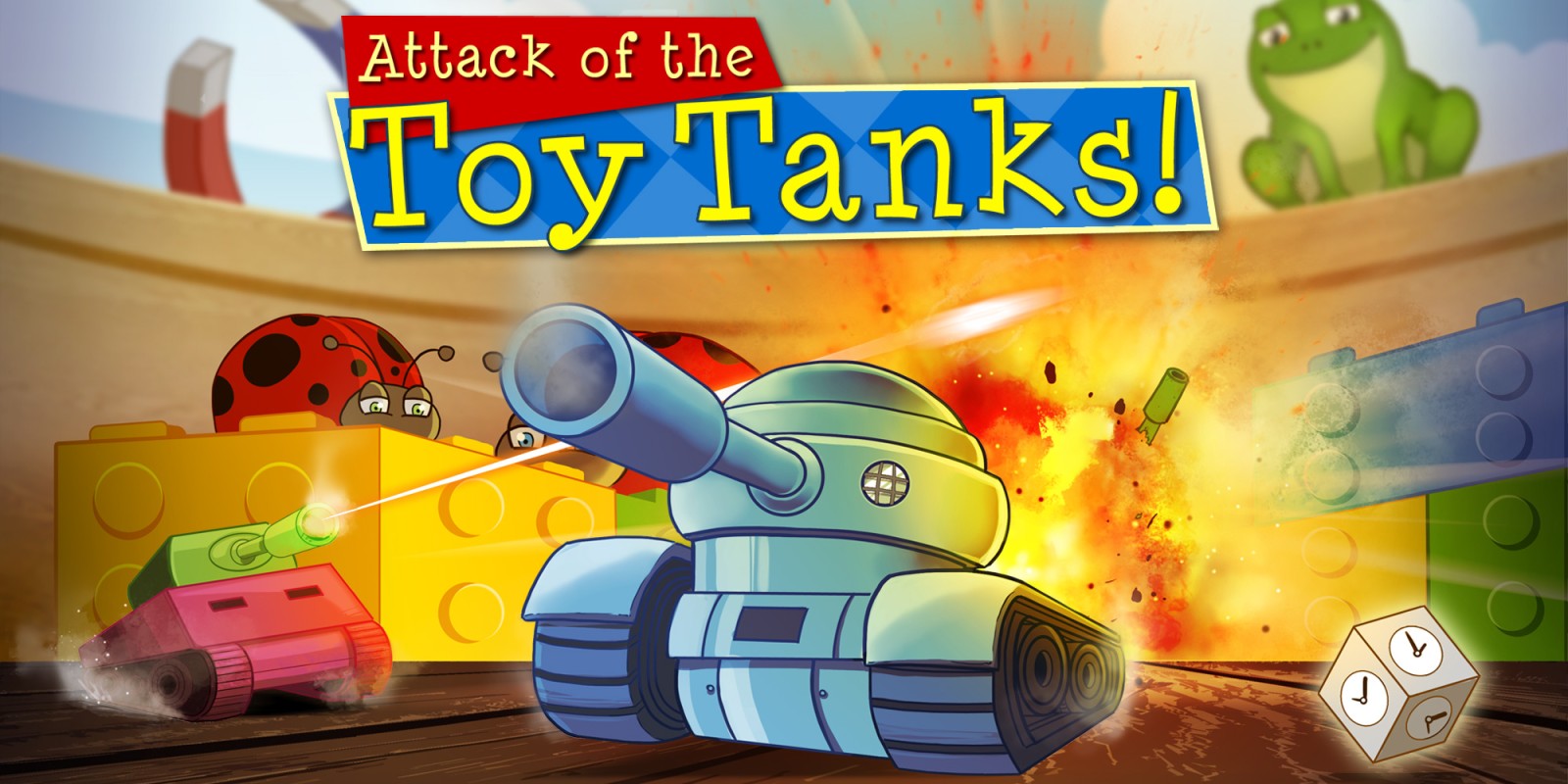 A shallow and frustrating experience on the PSVita, Attack of the Toy Tanks is a tough recommendation to anyone other than trophy hunters. The Finger Guns Review;

A shallow and frustrating experience on the PSVita, Attack of the Toy Tanks is a tough recommendation to anyone other than trophy hunters. The Finger Guns Review;

There’s a saying within game development that “No developer ever sets out to make a bad game”. While I’m sure that’s true of all game developers, I’m finding it hard to find that pattern in the titles from Petite Games. 36 Fragments of Midnight, InkSplosion, Super Destronaut DX – Petite Games have been an almost prolific developer this past few years and while they’re managed to create at least one enjoyable game in that time, Attack of the Toy Tanks is not one of them.

To put it bluntly, Attack of the Toy Tanks feels like what would happen if you look the tank battles from the Mega Drive’s Micro Machines, made them 3D and then sucked all the fun out of them. Set over 60 levels, Toy Tanks has one aim – kill all of other tanks in the arena with your own tanks. A single tank shell is enough to blow them up, but the same applies to you too. This isn’t a battle royale either. None of the AI controlled tanks are friendly and even when you’re facing off against 3 of them, they won’t attack one another. You’re public tank enemy number one and everyone’s gunning for you. You’ll almost always be outnumbered and you’ll always be outgunned against AI enemies that feel telepathic at times.

This game plays kind of like a twin stick shooter but with tank controls throw in for added challenge/confusion. You can only move forward in the direction a small arrow is pointing in a circle around your tank’s base while you can shoot in any 360 degree angle with a target cross-hair indicating which way you’re shooting when the right stick is moved. In each level, you’ll be equipped with a certain type of canon shot which are almost always a straight shot which can travel the entirety of the arena or a bouncing bullet which has a limited range.

Each of the Attack of the Toy Tanks’ 60 levels is a tad different. Some time’s it’ll be 1-vs-1, often times 3-vs-you, but the scenery and dangers always change. Some of the enemy tanks having homing missiles that’ll follow you around corners, for example. Some levels have lasers that’ll track you around the arena or line the walls to restrict your movement. While each arena is different, the scenery is always made up of toys. Building blocks, balls, animal toys. It’s all very on point but also a little bland too. The colour pallet in the game is nicely varied and bright which is offset by mostly dark backgrounds. The PSVita version of the game is demonstrably the poorest of the lot based on screen shots –  lighting effects missing, textures of a far lower texture, edges jagged on the environment and tanks lacking detail.

Even with the uniqueness of each of the arenas, Attack of the Toy Tanks devolves into camping and running away. Because the AI is so accurate, firing off direct hits within a second of seeing you, and with you almost always been outnumbered, the only sure fire tactic of success is to put some scenery between yourself and the enemies and then fire off the very millisecond they come around a corner/come out from cover. A game like this could be fun if the AI made mistakes and give you chances, but these do not.

The difficulty isn’t helped by the fact that tank controls don’t feel at all suitable for the PSVita’s sticks and triggers. You always feel like you need another finger on your right hand to really have control on your tanks, ready to fire, more forward or reverse, all allocated to separate buttons. Thankfully, if you have a PSTV and a Dualshock 4 to hand, it does feel much easier to control leading me to believe this game might be much better on PS4 (for which it is cross buy).

If you’ve come here to find out if Attack of the Toy Tanks is an easy Platinum trophy much like much of Ratalaika‘s back catalogue, then rest assured, it’s another easy one. 70 tank kills and 30 completed levels, less than half the game and just a few hours work, are all it will take to earn you that precious cup and a tonne of gold ones along the way.

Technically though, that might be a problem because 1 in 5 matches I’ve attempted to play in this game have frozen up. Each match of Attack of the Toy Tanks has a countdown start and many matches have just glitched out at ‘3’, forcing a soft close of the game and restart. The game still seems responsive and it doesn’t crash the Vita but it does just freeze up the game play for some reason.

The soundtrack, as varied in quality as it is, might be the best part of this game. Some of the songs in this game sound like they were written as the backing to a new Crazy Frog song but some others really nail that ‘Playing with toy tanks’, mix of military and childhood themes in their tone. The theme changes with each level and the painfully annoying songs are enough motivation to get you through to the next level to hear something more tasteful.

The PSVita version of Attack of the Toy Tanks is missing the 2 player mode of the PS4, has washed out visuals, an occasionally annoying sound track, freezes up at the start of matches, feels difficult to control and has game play which more often than not, devolves into hiding, camping and waiting. This game lacks the spark of excitement that should come with this genre, a spark that has admittedly not been replicated since the 90’s, but if Petite set out to make a good game with Attack of the Toy Tanks, rather than trophy shovel-ware, there’s no evidence of it here.

Attack of the Toy Tanks is available now on PS4, PSVita (review version), Xbox One and Nintendo Switch.