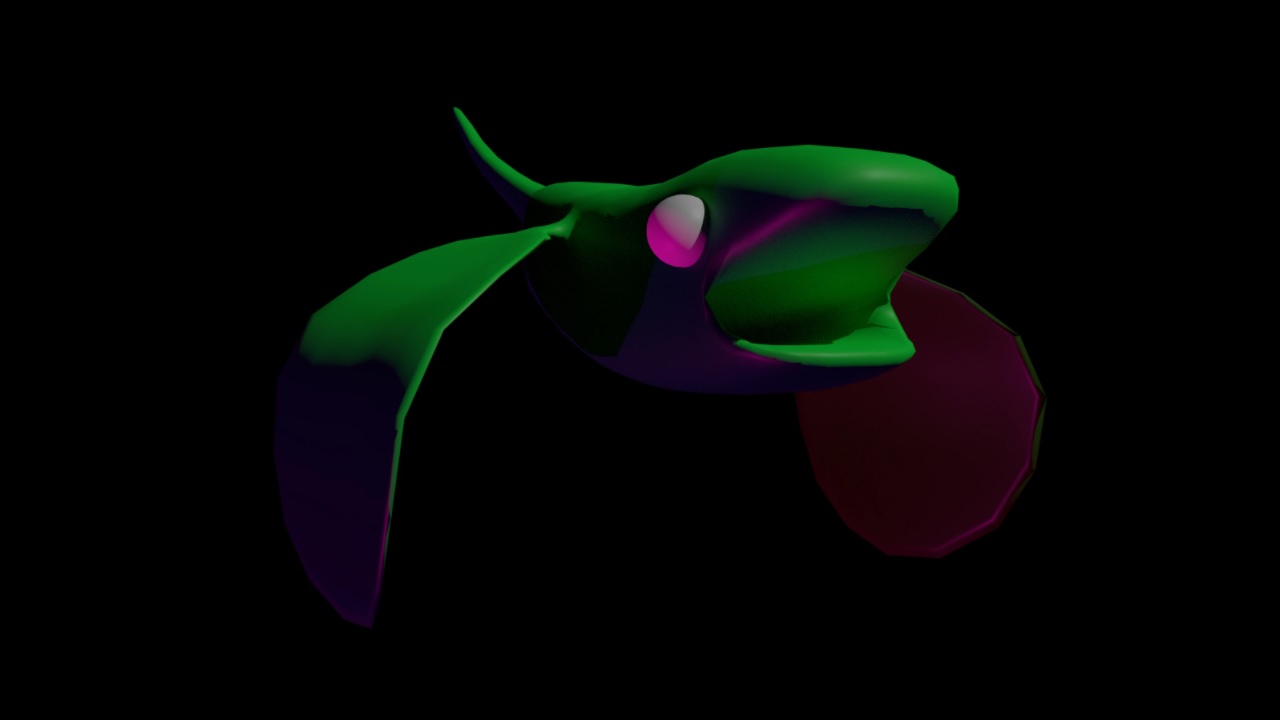 A short, simplistic shmup, Dragons In Space is poor in almost every regard. The Finger Guns Review.

A short, simplistic shmup, Dragons In Space is poor in almost every regard. The Finger Guns Review.

I’ve been critical of the art style of many of the games from The Voices Games. I described Ayleouna as “flat but weirdly shiny, giving everything a plastic feel too it”. I called Lizard Lady “migraine inducing”. My review of Lady In A Leotard described it as “garish”. The one thing all of these games have shared is 3D visuals. I thought maybe – just maybe – The Voices Games might have better luck with 2D visuals in their shmup ‘Dragons In Space’. It’s my displeasure to report – they didn’t.

Even before I started the game, I had my suspicions that this might be a poor title. Here’s the PlayStation store description, verbatim, typos included: “Space dragons are attacking! Destroy them all using a variety of weapons and rescue all the escape pods. (the’re not really dragons)“. So these Not-Space Dragons are attacking in a game called “Dragons In Space”. Confused? You should be. What’s more, the store description is the sum total of the story in this game. There’s not a single iota of narrative in the game itself.

I knew I was in for a rough ride the very second I started Dragons In Space. That’s because in the first level, when the game is supposed to be teaching you what to do, it prompts you to press the ‘A’ button. Yeah. You read that right. Somehow this game that has released exclusively on PlayStation consoles has Xbox button prompt symbols. Not only did the developers drop the ball here, but the testers at Sony did too when putting this game through the cert process. Saying that, I don’t blame whomever it was at Sony that simply passed this on through without checking. It’s not a pleasurable game to play recreationally, never mind having to repeatedly play it as part of your job.

Dragons In Space follows the staple auto-scrolling shoot ’em up formula. Your ship, in this instance a purple and pink…thing that looks king of like a paper aeroplane, points to the right across the screen as enemies filter in to attack. You’ve got a health bar which depletes every time you take damage, either by crashing or taking a hit from projectiles. The aim of the level is to destroy the Not-Really-Dragon™ dragons that spawn and reach the end of the level. If you’ve played an auto-scroller in the past, you’ll instantly know the set-up.

The one unique aspect of Dragons In Space is the weaponry you’re forced to use. Each of the game’s 8 levels come pre-set with a particular weapon from a range of 3 that will have to be used throughout. 2 of the 3 weapons in this game are actually tricky to use.

The first of these is a boomerang styled projectile which flies across the screen before returning back to the ship, homing in on its location. This can difficult to get used too as it flies quite slowly but used right, you can take out multiple ships with one shot by firing and then moving the bend the trajectory. The second weapon is a spinning light sabre sword. Hit fire with this and the sword appears at the front of the purple paper plane and then spins 360 degrees around he ship. Anything caught in the arc is damaged or destroyed. This forces the player to get in close and personal with their dangerous foes. Finally, there’s a more traditional projectile, like a laser gun. Press fire with this and a big circular blob of circular danger fires forward. Despite the game being in space… y’know, like it says in the title, these blobs are effected by gravity. They drop slightly and will bounce off things a few times after fired. There’s no power ups or pick ups. You don’t get to choose which weapon you get to use in each mission. That’s decided for you. You’ve simply got to adapt to the weapons particular properties in each level.

You’ll be using the trio of weapons to defeat a small rogue-gallery of different Non-Dragons. The standard green enemy flies across the screen along a predefined pattern and does nothing else. Soon you’ll meet green sandworms that spit projectiles at you that retch out of asteroids. Later you’ll be coming across green dragons that have a sandworm on their back. They literally put one enemy type on top of the other. Ingenious… anyway. There’s red not-dragons that track the player’s ship, long tailed not-dragons that split the screen and a boss dragon which is…a large green Not-Dragon covered in sandworms. Truly ingenious… anyway.

Dragons In Space’s 8 levels will take less than 10 minuets to complete if you’re not a completionist. Getting to the end of the level will unlock the next one but along the way, your performance is also judged on 3 criteria, represented in a 3 star scale. Reach the end of the level without taking any damage and you’ll earn a star. Kill all of the Not-Really-Dragons and you’ll earn another. Collect all of the ‘rescure pods’ which are small blue collectables without blowing them up and you’ll earn the third and final one.

To give Dragons In Space some credit, the combination of the restrictive weaponry, the level design and the additional challenges can make a of the levels quite spicy. One of the levels has large asteroids that leave very little space between them which you’ll need to navigate if you want all 3 of the stars. In the one level with the long tailed Not-Dragons, the rescue pods sit right in the line of fire so if you don’t want to blow them up, you’ll need to fly into the Not-Dragons Den, literally, to collect them before firing. Unlike most games from The Voices Games, the Platinum trophy isn’t going to unlock in a matter of seconds. You’ll have to put a little effort in here.

That said, the quality of the levels in Dragons In Space varies wildly. For example: There’s a classically inspired tunnel level which a narrow passage carved through it. Unfortunately, this level doesn’t apply the same design intelligence which made similar sections in the likes of Gradius so great. Instead, it’s almost a straight tunnel where sandworm-like heads pop out to shoot at you. It’s bland and uninteresting.

Then there’s the art style. The visuals in Dragons In Space are, quite frankly, awful. The space background looks like the ceiling of a toddler’s bedroom with those glow-in-the-dark stars stuck on them. The Not-Dragons look like they were thrown together quickly in Microsoft Paint. Everything from asteroids to the slice of earth we see as we travel through the tunnel lack any texture or detail. You can even see the seams in some of the enemies and levels where the drawn boxes overlap one another. This isn’t a pleasant game to look at.

The music might be the best aspect of Dragons In Space. Once again, The Voices games have used stock music that you can listen to online for free, but I have to admit that their taste is great. A bouncy synth soundtrack matches the tone and pace of the game well. It’s just a shame that everything else around it is so poor.

While Dragons In Space is a functional shoot-em-‘up, it’s short, unattractive, bland and boring. Its tiny asking price is reflective of the fact that it’s one of, if not the worst shmups on the PS4.

Dragons In Space is available now on PS4 (review version) and PC via itch.io.