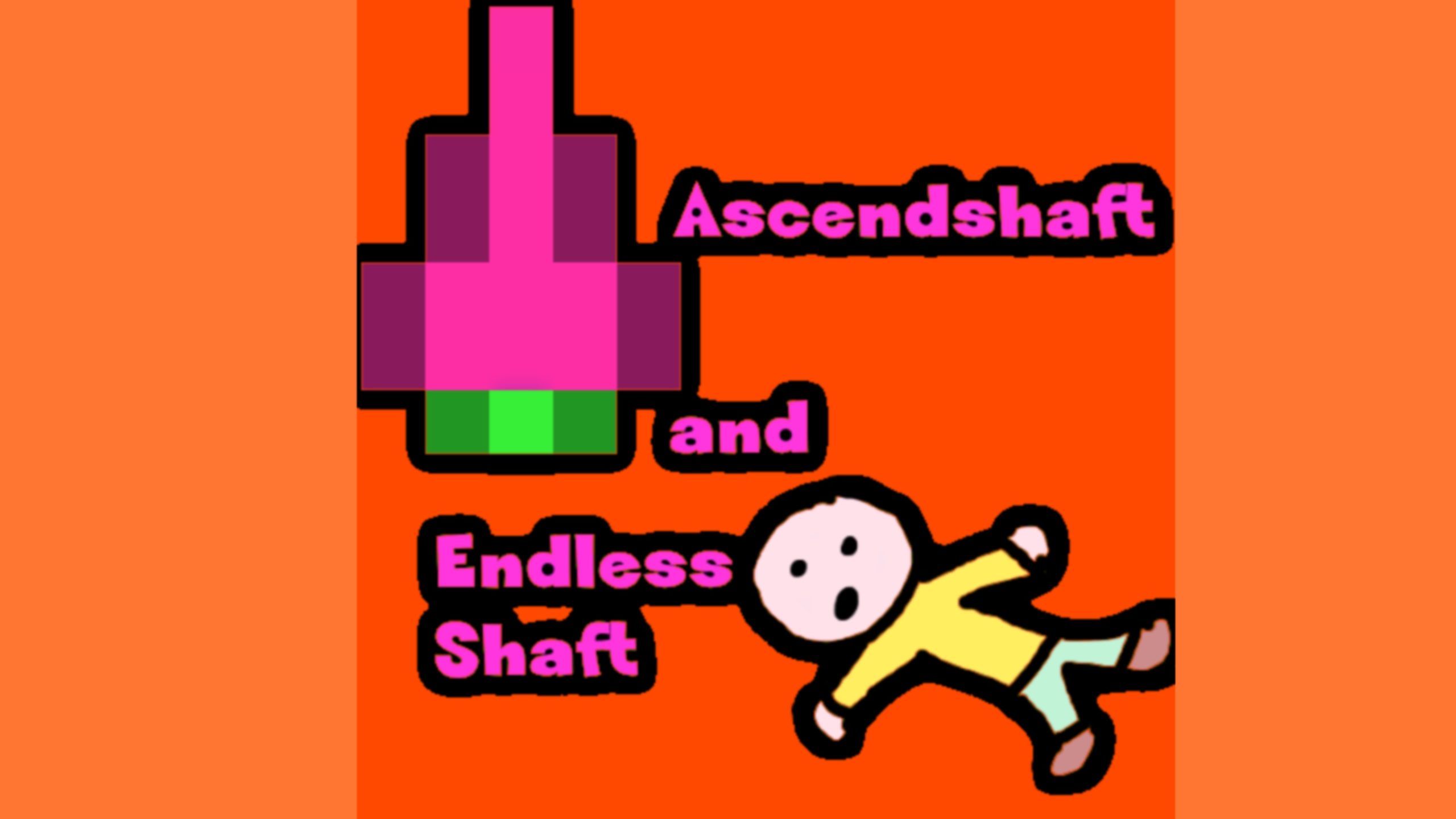 A few years ago, I wrote a review for a game and was pretty scathing with my criticism. I called it amateurish and “as if a bunch of high school kids had made it”. It turned out that a bunch of high school students had made the game and I’d accidentally trampled on their ambitions to be game developers. Needless to say, I felt terrible. I have been careful not to throw out barbed and unconstructive comments like that again. ‘Ascendshaft and Endless Shaft’ is a game, or a pair of games sold as a duo pack, that has me wanting to cross that line. If I’d written this review a few years ago, I’d have said “this game is truly awful with no redeeming qualities”. Today, I’ll say that Ascendshaft and Endless Shaft is “desperately in need of improvement with core design issues that need a complete overhaul”.

Ascendshaft and Endless Shaft are exactly what the title suggests. 2 “games” packed together as one. Ascendshaft is a “game” in which you ascend a shaft and Endless Shaft is a “game” where you fall down one. The word “game” is in speech marks there because they can hardly be described as such. They’re more like tech demos that most developers would delete after realising they had no potential. They’re the kind of games you’d delete from your phone after a few tries because they’re taking up disk space and you’ll never play them again, even though they were free to play. As a combined pack, they cost less than a Mars bar on PS4. I still feel short changed.

Ascendshaft begins with a confusing menu. There are 3 buttons and none of them are self-explanatory or are intuitive UI elements. Once you’ve managed to begin a game, you’re greeted by an image of a woman that has been ran through a pixel art filter. This is coupled with a vocal line that sounds like a Yorkshireman buried in a tonne of echo and reverb. They say something like “Come back to me my love”. Honestly though, the line is so incomprehensible, they could be saying something else.

You’re then into the game play of Ascendshaft. A slow moving shmup that has a space ship moving ever upwards with opposing ships blocking the path forward. The aim is to destroy the ships in your way with upwards laser fire (which triggers projectiles to be fired downwards) and reach the end of each level. To help, you can also speed up your ascent should you wish too.

I’d love to tell you more about Ascendshaft but the game has a game breaking bug. This glitch appeared after my 5th or 6th attempt at the game. Normally, a press on the X button triggers a laser shot upwards. When this glitch occurs, a single laser shot fires off at the beginning of the run and then ceases to function at all. This means you can’t destroy any of the ships ahead which block your path. I managed to dodge every ship without destroying any of them on the first level but the second level has sections where you’re required to destroy a ship in order to proceed so that’s only as far as I could get.

Thankfully, Endless Shaft is at least a functional game. In this other title, you control a human (which looks like a doodle drawn by idle hands in Microsoft Paint while waiting for a Zoom call) that’s falling down a procedurally generated tunnel, represented by 2 black lines. The aim of the game is to get as far as you can without touching the sides.

The game has a few modes to play in. The core experience is Pure Shaft. This is a no-frills mode where the aim is to simply avoid the sides of the shaft by moving the character left and right. Other modes include Bat Shaft, which has bats moving horizontally across the shaft. Then there’s Rockfall Shaft, where an avalanche of boulders chases the man doodle. Missile Shaft has homing missiles which chase the descending dude as he falls. Finally, Hammer Shaft has a series of revolving traps set up which instakill the falling fellow if they manage to bludgeon him.

All of these modes can be played at different speeds too. At 100% speed, the game can be quite a challenge. The game’s trophies seem to suggest playing it at 70% speed which makes it much easier.

The issue here is that none of this is very fun. It’s an incredibly basic premise with bare bones execution. You start, fall, get as far as you can and then die. Rinse and repeat. Maybe you’ll make it to the boss. Even then, you’re still trying to find the fun in any of it because that is no improvement. It all feels like attrition rather than anything enjoyable. Compared to falling sections in other games, this is, shallow, frustrating and disappointing. After descending a few times with each mode, you’ll have seen everything this game has to offer.

There’s a few design issues with Endless Shaft too. With the Hammer Shaft, the arms of the traps don’t appear on screen until the centre of the trap is visible. If you’re playing this mode on a reasonable speed percentage, these traps appear out of thin air and it’s almost always too late to move out of their way when they do.

Ascendshaft and Endless Shaft contains one completely broken game and one that’s utterly boring. There’s little to no depth here. No narrative to speak of. The art styles swing from incredibly bland to retina achingly horrible. There’s no soundtrack and the sound effects that are used here are flat and mundane. This duo pack feels like a pair of unfinished game jam efforts that needed time, polish and the use of more intelligent game design before ever saw the light of day. Even at its ridiculously low price, it’s hard to recommend this title to anyone.

Ascendshaft and Endless Shaft is available now on the PS4.