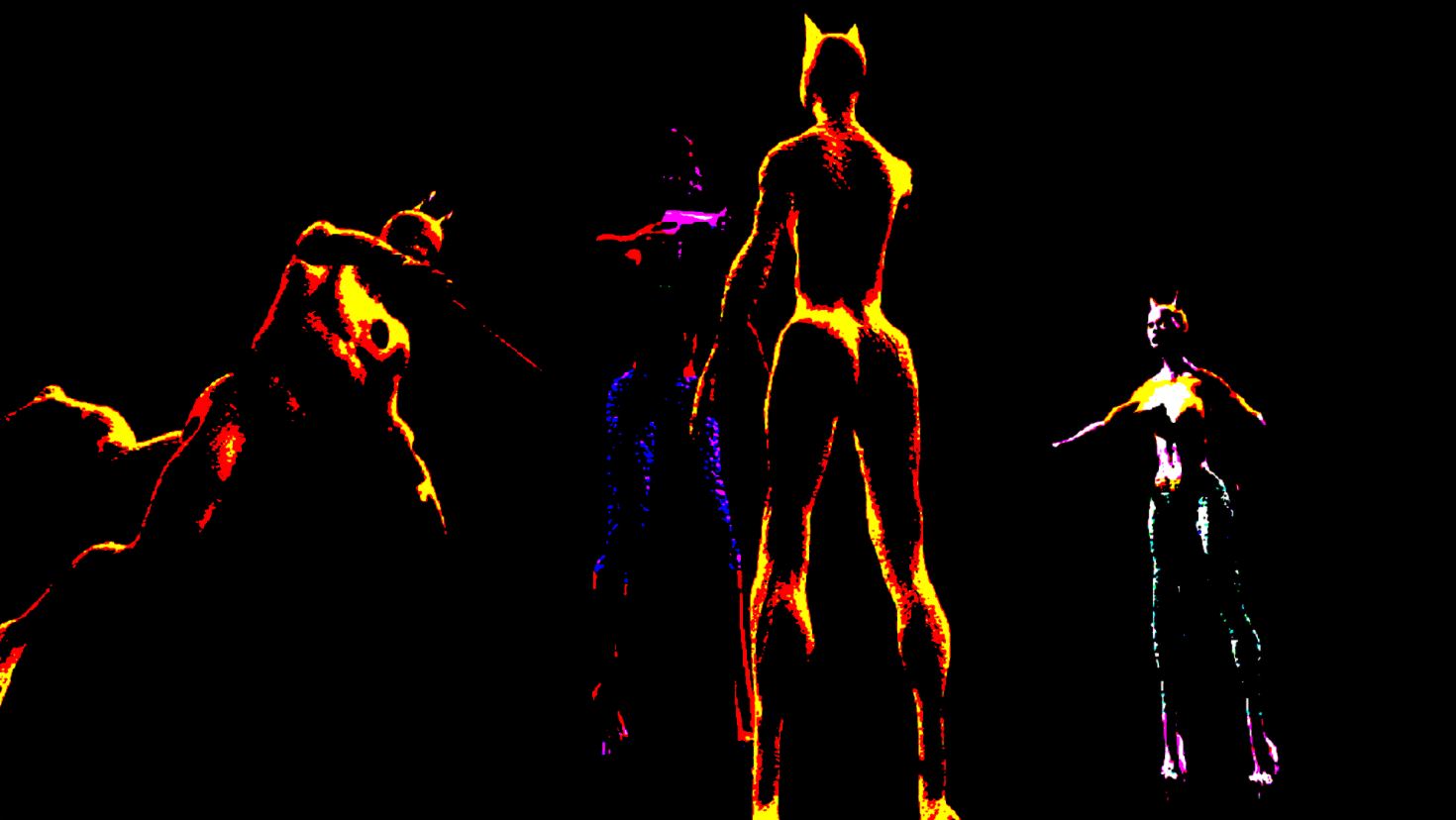 Clunky, rough and thoroughly unenjoyably, Lizard Lady vs. The Cats is the worst game of 2021 so far. The Finger Guns Review.

£0.49 can’t buy you much in this world. A bag of Tangy Toms. Two 1st class stamps. A very small amount of pick ‘n’ mix. There’s not a single physical thing on Amazon that you can buy for that price. On the PlayStation store however, £0.49 can bag you Lizard Lady vs The Cats, the second title from single man studio The Voices Games. A third person shooter featuring a reptilian heroine, this is one of, if not the single worst game to hit the PS4 in 2021 so far.

It’s never nice as a critic to sit here behind my keyboard and tear a game to pieces. We always try to find a silver lining. In this instance, it’s the music. A decent soundtrack filled with tight guitar riffs and speedy drum beats, the music in Lizard Lady vs The Cats is enough to get your toe tapping. And you can listen to it now for free on a Soundcloud because it’s royalty free music that was made by Andrew Sitkov. This music wasn’t made specifically for the game but it does suit the game well.

Every other element of Lizard Lady vs. The Cats feels rough or poorly designed.

Let’s start with the premise. Lizard Lady is the protagonist and she’s out to kill ‘the cats’, a band of humanoid felines. Yup, just like in the awful Cats movie. The cats have apparently killed a lot of puppies and the titular character is out to enact some revenge. The PSN store mentions the lead being “wracked with guilt after succumbing to her genocidal side in Lizard Lady vs the Cats” but I couldn’t find any evidence of that in the main game. The story is introduced by a cut scene that’s about as compelling as malfunctioning Machinima made by an 11 year old.

The main campaign to Lizard Lady vs. The Cats has 5 levels, the aim of which is to kill all of the feline foes before exiting from a door. This is where the wheels really fall of this game. The protagonist is armed with a gun and that’s her only offensive capability. She has no melee attack or other powers. Bizarrely, this gun makes no noise when it’s fired. There is however a weird tone which plays when a shot hits a target. The lack of feedback provided by the weapon is truly disappointing. What’s more, this weapon works on a charging system. Each shot made depletes an energy bar and it refills slowly over time. If the bar is empty, the Lizard Lady can’t fire. This informs a lot of the action as you unload your gun on the waves of cats before retreating to let the weapon charge. It’s a design decision that’s truly counter intuitive as it constantly breaks up fire fights. This game was crying out for a reload function.

I imagine reloading isn’t included because that would mean creating a new character animation. Based on the animations that exist in this game already, this might have been a bridge too far. The Lizard Lady herself walks like she’s attempting a catwalk strut while also trying to hold a cucumber between her butt cheeks. It’s rigid, awkward and hilarious at first glance. When she leaps into the air, she simply spaces her legs apart and off the ground she goes, like Super-Man with a case of explosive diarrhoea. There’s no animation of even audio/visual acknowledgement if the Lizard Lady takes damage. The health bar goes down and that’s it.

The animation on the cat enemies are even worse. There are a handful of different enemies in the game and each look just as janky as the last. One particular enemy pounces around the levels. Well, I imagine that was supposed to be what it is. They either look like they’re speed skating or simply gliding a few feet off the ground, completely out of control. At no point do they look like they’re pouncing.

Talking of enemies, the AI in Lizard Lady vs The Cats is atrocious. One particular enemy type simply walks in your direction as soon as they’ve seen you, shooting balls of fire at you. The aforementioned pouncing cats just seem to bounce from wall to wall as they attempt to melee attack the Lizard Lady. The bog standard cat enemy walks and shoots but the player gets too close, they run off (a sped up animation of the awkward walk they do) only to turn and close in again. The same tactic exists to defeat every single enemy type in the game – shoot them with the silent pistol while strafing away from their own projectiles/attacks. It makes for very bland action.

Which brings us to the visuals. This is an interesting aspect of Lizard Lady vs The Cats because it uses an odd, rarely seen grainy filter that seems to really pump up the contrast and colours. After a short time with this game, you realise that it’s a rarely seen aesthetic because it makes the game really difficult to read and almost migraine inducing to look at. So much of the game feels garish with this colour scheme but even worse than that, it actually hides some enemies. Any enemy that has a dark coloured skin that stands in a shadow becomes indistinguishable from the background. Aside from the pallet, there’s a real lack of texture variety in this game. As you play, you can see the same textures repeated up the walls and floors over and over.

Outside of the main campaign is the Nightmare mode. This is an endless shooter mode set in separate arenas. You play, shoot cats until you die and post a score based on how many felines you fell. All of the issues listed about the main game apply here.

To give Lizard Lady vs The Cats some credit, it’s functional. The frame rate is stable and it hasn’t crashed once, which is more than I can say for some other games that have released recently. The level’s themselves, while rudimentary and basic, are unusual too. One has non-perpendicular walls to navigate which creates some interesting pinch points during a fire fight and another has a series of low walls that form a maze. These few positives do little to elevate this title above the worst game to launch on PS4 in 2021.

A shallow, poorly constructed and thoroughly unenjoyably third person shooter, Lizard Lady vs. The Cats is a cheap game. Costing less than a bag of Doritos, this game is proof that you get what you pay for.

Lizard Lady vs. The Cats is available now on PlayStation 4.

Tags: Lizard Lady vs. The Cats The Voices Games