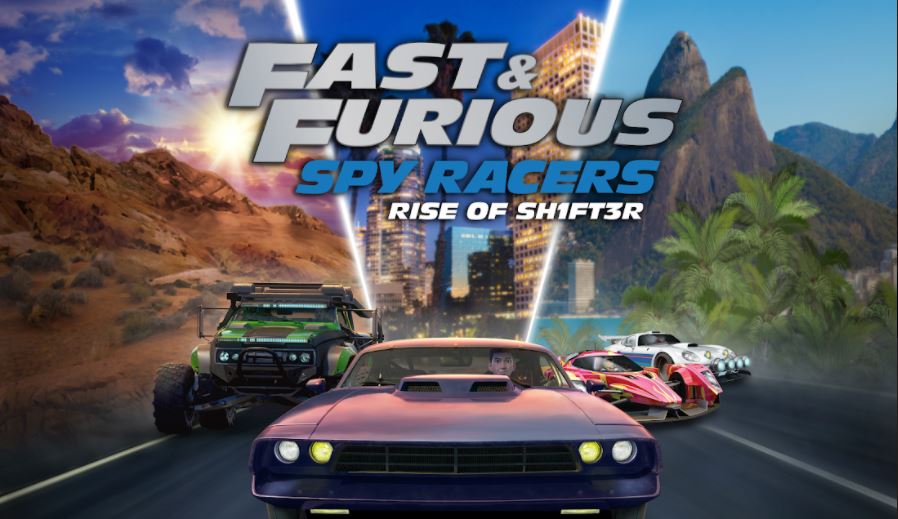 Based on the hit Netflix show, Fast & Furious: Spy Racers: Rise of SH1FT3R is racing onto consoles and PC this November.

Based on the hit Netflix show, Fast & Furious: Spy Racers: Rise of SH1FT3R is racing onto consoles and PC this November.

the brand new game Fast & Furious Spy Racers: Rise of SH1FT3R. The game is in development by 3DClouds (King of Seas) and is aiming to release this November on Nintendo Switch, PlayStation 5, PlayStation 4, Xbox Series X, Xbox One, Stadia and PC via Steam.

Inspired by the Universal Pictures and DreamWorks Animation series Fast & Furious: Spy Racers, this game will let players race around five incredible locations including Los Angeles, Rio de Janeiro and the Sahara Desert while using high-tech spy gear to gain the upper hand. Fan favourite characters from the TV show will appear including Tony Toretto, Echo, Cisco, Layla Gray, or even race as the notorious SH1FT3R gang including Shashi Dar, Moray, Rafaela Moreno. The game will have a story campaign and features online and split-screen multiplayer races for up to six players.

“We’re thrilled to be continuing our partnership with Universal Games and Digital Platforms to bring Fast & Furious: Spy Racers Rise of SH1FT3R to consoles and PC this year. We’re huge fans of the series and how it builds on the incredible legacy of the film saga and brings amazing characters and incredible action to a whole new audience. We hope the game can bring the same level of fun and excitement to players, whether they’re playing solo or taking on family and friends in multiplayer.’’

“Fast & Furious continues to be a global powerhouse franchise, expanding to include toys and the animated series. With Fast & Furious: Spy Racers Rise of SH1FT3R, we will offer anauthentic experience that combines intense racing and slick gadgets with high-speed action.”