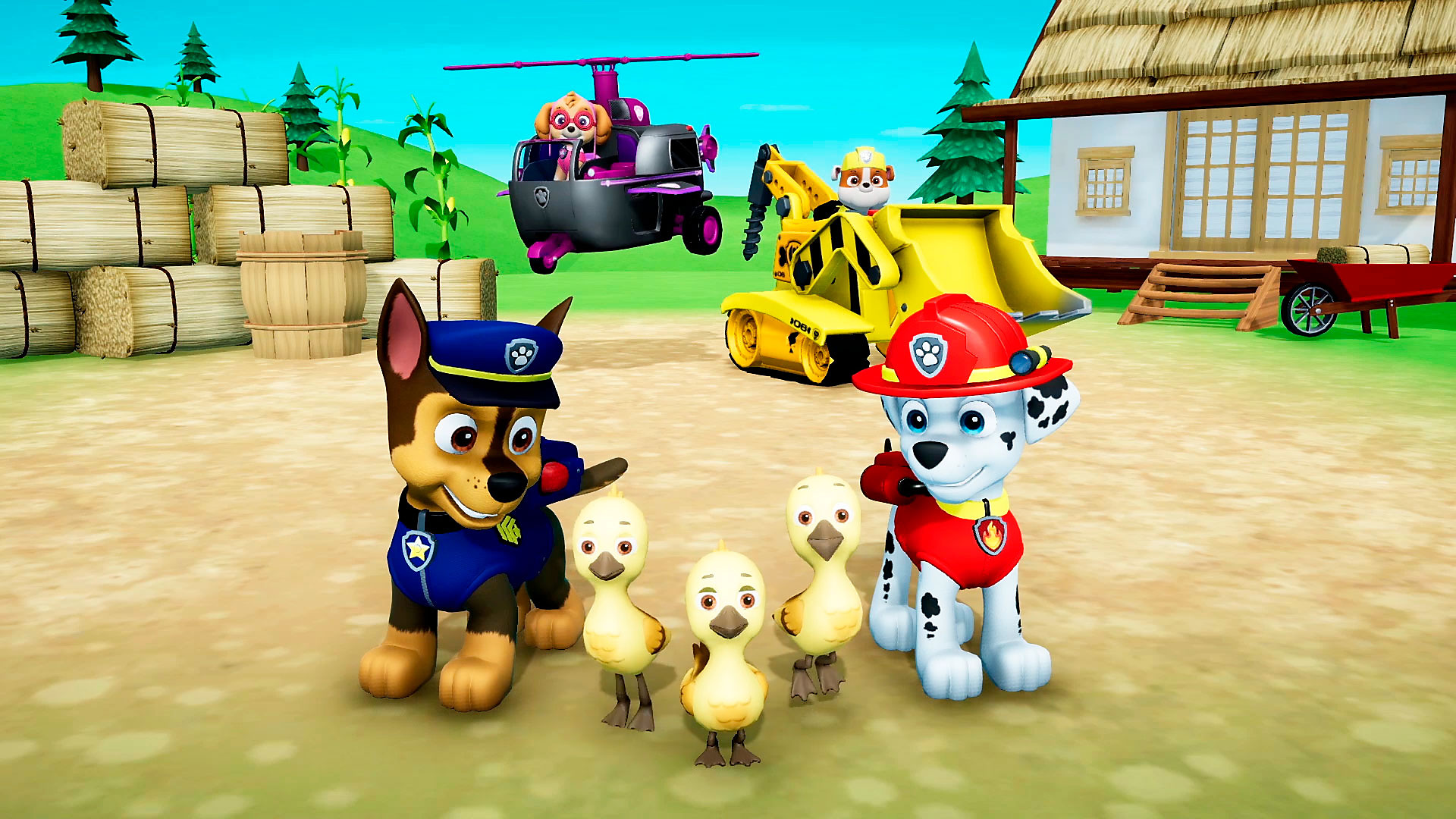 Some missing vocals and music mean Paw Patrol: On A Roll isn’t quite the celebration of the kids show it could have been. The Finger Guns Review

Some missing vocals and music mean Paw Patrol: On A Roll isn’t quite the celebration of the kids show it could have been. The Finger Guns Review;

Paw Patrol. If you’re a parent with a child between the age of 2 and 6 years old, it’s likely you’re very familiar with Ryder and his band of highly trained rescue pups. Love it or hate it, it’s undeniable how popular the show is with its target demographic and despite my own misgivings with the show (Why do Adventure Bay trust their entire emergency services infrastructure to a young boy and a bunch of dogs? How is Mayor Goodway still in office after so many very public blunders? Why are there only 2 Female members of the Paw Patrol?) almost all of my brood of kids have been heavily invested in the show over the past few years. They were all pretty excited to heat about ‘Paw Patrol: On A Roll’ then, a game developed by Torus Games, the latest title to attempt to bridge the gap between the wildly successful TV show and the video game space and it’s the first too hit home consoles too.

Writing a review for a game like Paw Patrol: On A Roll is a difficult task because unlike many other games that try to tailor to different age groups with different difficulty settings etc, the target demographic for this game is laser targeted to one specific group of young fans. On A Roll’s aims are simple; be accessible for the age group it’s targeting (3-6 year olds) and build a game around Paw Patrol and its characters. Thankfully I have a 3 year old son who’s a big Paw Patrol fan and is pretty handy with a PS4 controller to give me the low down.

Paw Patrol: On A Roll is a 2.5D platformer with 3D character models navigating a 3D environment but entirely locked to a horizontal 2D plane through it. Each of the game’s 16 missions begins with Ryder calling the pups to the lookout tower to let them know some turtles are stranded and can’t get too the sea/some rabbits are trapped on a cliff/someone has injured themselves. Ryder then calls out which pups are going on the rescue and the obligatory cut scene begins as each Pup hits the slide and lands in their Patroller.

Each of the missions themselves are broken down into 2 sections. You play as 2 Pups during each mission, swapping at a half way point. As for game play, the vast majority of it involves simplistic yet incredibly accessible platforming, the most difficult of which is double jumping to a reasonably high spot. Each level can be completed without doing these more difficult jumps but each level has 200 Pup treats and 5 Golden Paw’s to collect which are usually hiding in the harder to reach areas. The platforming is broken up a few times per mission by obstacles which test that specific Pup too use their specific skill to overcome something. Playing as Skye, for example, you’ll come to a section which is too high to jump over, so Ryder asks the player which of Skye’s abilities should she use from a choice of 3, represented by controller button presses. Once the right button is pressed, Skye will fly up and over the high platform. It’s a simple multiple choice question that doesn’t penalise the player for choosing the wrong answer. Similarly, some of the other Pup powers unlock simple puzzles. Rocky, when fixing a bridge, creates chunks of wood which the player then has to match up with holes of the exact same shape. Rubble, when using his digger arm, is given a rock shape which hits perfectly into gaps in a ledge ahead. A click of the button over the right gap and it’s filled in. Again, there’s no penalty for getting the wrong answers here, with Ryder urging the player on to choose something else should they pick the wrong option.

In other sections, you’ll come across an obstacle for which you need to call in another member of the Paw Patrol. Using the same multiple choice options, you get to choose to call in support and the appropriate Pup will then drive in on their Paw Patroller and fix the problem for you. These range from Marshall driving in his Fire truck and extending the ladder for you to climb to Skye flying in to air lift a log over a gap to create a bridge. It’s all in keeping with what happens in the TV show, the pups facing no danger or peril themselves (meaning there’s no Game Over screen too) and it’s simplistic enough for younger gamers to understand and master.

The only other type of game play in On A Roll is when playing as Skye or Zooma, the pups that usually operate in an arena that the rest of the pups can’t, like high the sky or deep in the sea, come to an impasse, they can take to the skies/sea to overcome them. Here the game transforms into a side scroller which tasks the player to go up and down the screen to evade birds/fish and clouds/seaweed. Again, it’s simplistic but easily understandable to younger gamers. There’s no game over screen here either, hitting an obstacle doing little more than slowing the Pup down.

You can tell there’s been a concerted effort from Torus Games to make Paw Patrol: On A Roll as authentic a Paw Patrol experience as they can, at least visually. Throughout the game, you travel through 8 different locations from Adventure Bay (2 missions per location) from the Beach to Rocky train tracks through the mountains which are instantly recognisable to fans of the show. The art style is entirely in keeping with the source material and the background to these levels are filled with little nods to episodes too. To fans like my 3 year old, these little touches and added polish really are appreciated. While playing, he would point out animals and locations from the background that were featured in some of his favourite episodes.

It’s the music and vocals that let Paw Patrol: On A Roll down. Maybe it’s a licencing issue but the music featured here is like a tribute to the actual soundtrack from the show. It’s similar at times, almost identical at others, but never the tune which features at the right time. The whole “Slide down the slide and into the Paw Patrollers” scene that’s backed by the “Go, Go, Go” song in the show is backed by a similar tune here but for a 3 year old that knows that scene like the back of his hand, for it to feature something different was a tad confusing for him. Similarly, there’s not a single line of dialogue from any of the Pups themselves. There’s no “These Paws uphold the law” from Chase. No “Rubble on the Double” from Rubble. No “I’m fired up” from Marshall. There’s not even any pup barking or yapping sounds. It’s Ryder that does all of the talking throughout. Again, this is probably a licencing issue, but it’s a very obvious omission to a 3 year old fan.

Paw Patrol: On A Roll then is an accessible, forgiving game that tailors its experience directly to its intended audience. Easy enough for a 3-4 year old to who knows their way around a Dualshock 4 game pad to play, it’s a game that’s brought the Paw Patrol to virtual life with enough content to keep them busy for a week at least (at a steady pace). A lack of official music from the TV show and being devoid of any vocals from the pups themselves does dampen the excellent attention to detail applied elsewhere however, which is a big disappointment to the young fan in my house who is so used to singing along to the theme song and to the Pup Pup boogie.

Paw Patrol: On A Roll is available now on PS4 (review version), Xbox One, PC and Nintendo Switch.

Disclaimer: In order to complete this review, we purchased a copy of the game. Please see our review policy for more information.