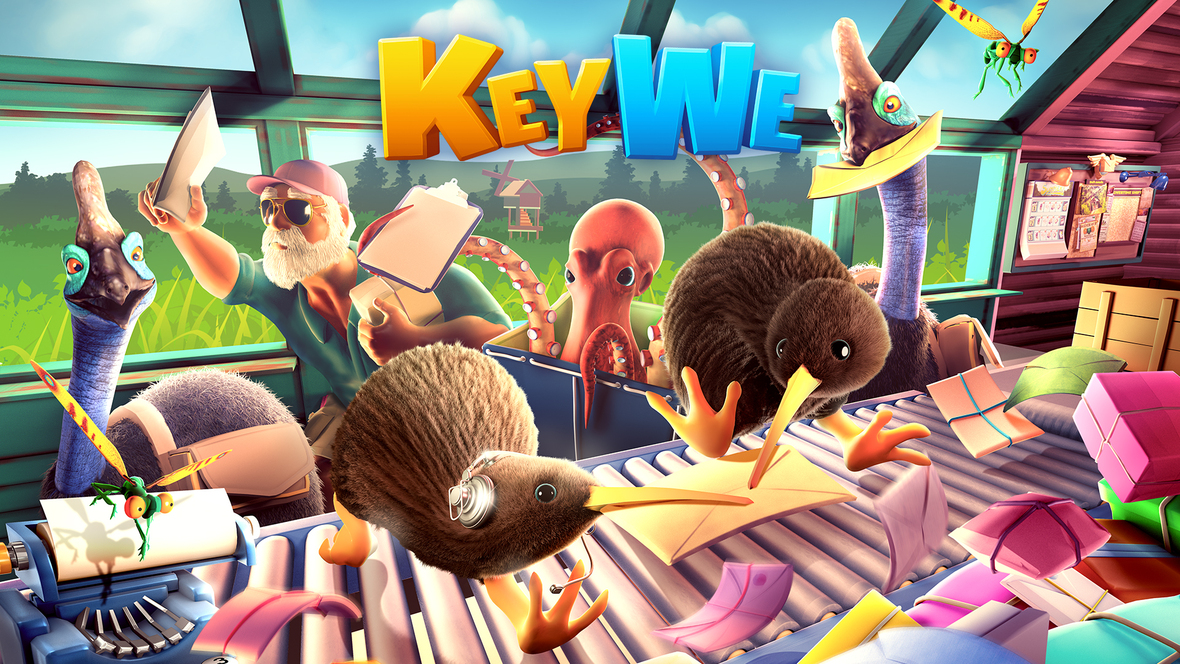 KeyWe will release on August 31st on the PS5, PS4, Xbox One, Xbox Series S|X, Nintendo Switch and PC.

Sold Out (Disjunction, No Straight Roads) and Stonewheat & Sons have today announced that their avian co-op game KeyWe will launch on all the consoles as well as PC via Steam on August 31st.

The game stars Jeff and Debra, two small kiwi birds working in a whimsical post office. “They must jump, flap, peck and butt-slam their way across an interactive landscape of levers, bells and buttons to get those messages delivered on time“. It’s silly, fun and by all accounts, a really well put together game.

KeyWe is going to have some platform specific features. On the PS5, the game will take advantage of the DualSense controllers capabilities. The haptics will replicate the popping bubble wrap and the pitter-patter of Jeff and Debra’s tiny feet and the adaptive triggers will replicate the tension of slingshots, for example. The Nintendo Switch version of will include exclusive ‘Lavender Knight’ and ‘Amber Knight’ wardrobe accessories to let players go medieval on the mailroom.

Players who pre-order will receive access to the ‘Early Bird Pack’ at no additional cost — featuring a range of bonus in-game content, including:

For more information on KeyWe, visit keywegame.com, follow @KeyWeGame on Twitter, or join the discussion on Discord.