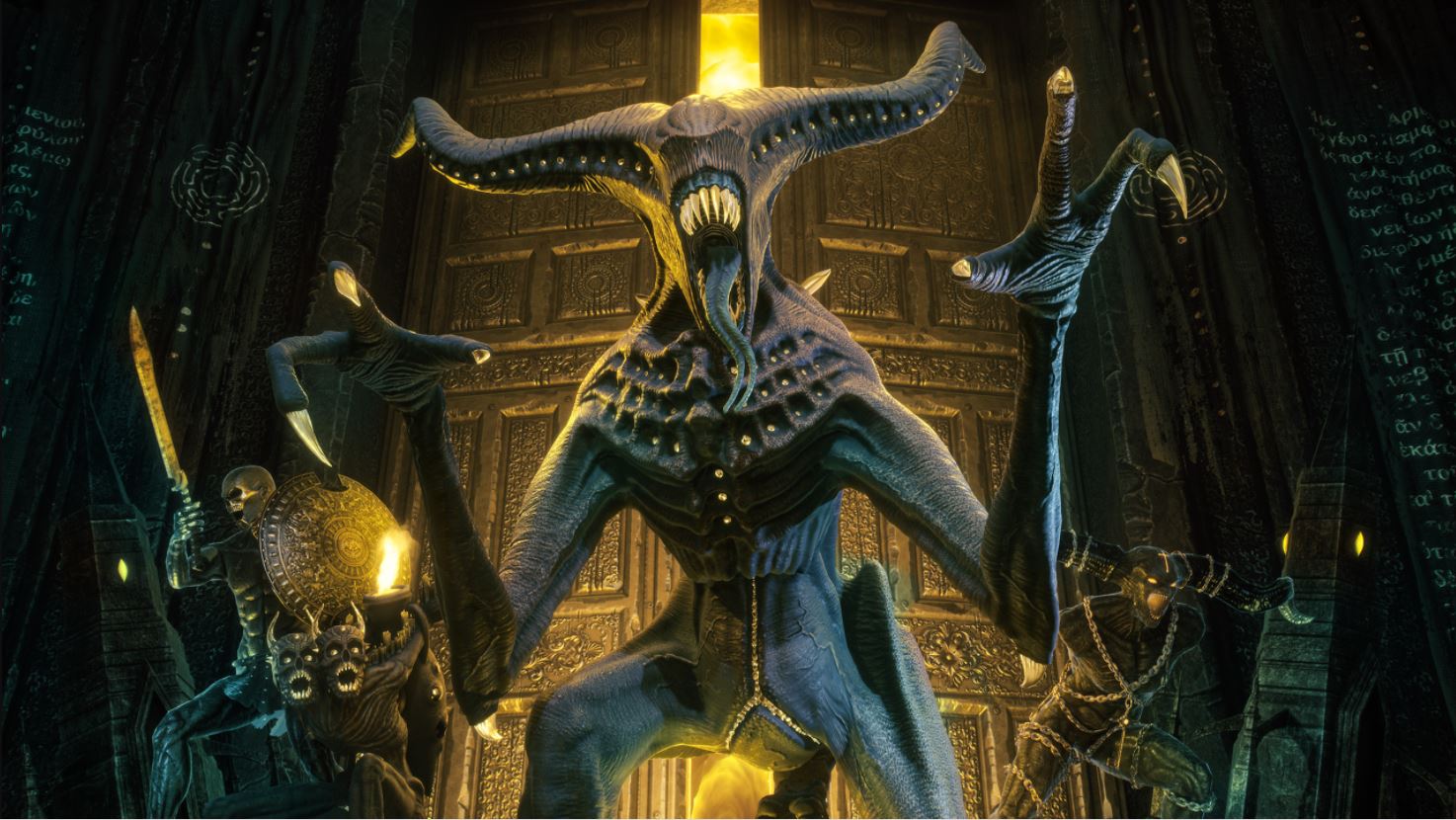 When you think of Elysium, you probably think of that weird sci-fi movie starring Matt Damon or the Greek mythological paradise in which all fallen heroes spend their afterlife. What you probably don’t think about is demon infested temples, volcanic foundries, and ancient shipwrecks. Well, that latter version of Elysium is the setting for Perish, a new 4 player co-op shooter from HandyGames and German developer Item 42. The aim is to escape purgatory by destroying demonic creatures and then selling their “gold-stained corpses to exsiccated priests in exchange for increasingly powerful melee and firearms”. Die and you’ll lose all your progress and upgrades.

“Carve a gold-soaked path into the underworld up to Elysium and defeat the denizens of the realms of hell with cold steel. Spew molten golden bolts from the rotating barrels of your otherwordly pieces of handheld artillery. Gather the golden Danake and satisfy the demands of the Priests of Purgatory to earn your redemption!”

You can wishlist Perish on Steam now.

Ori and the Will of The Wisps arrives on Switch today.
Orcs Must Die! 3 (PS4) Review - An Orc'in Good Time
Within The Blade Review (PS5) – Shur-I-Can’t