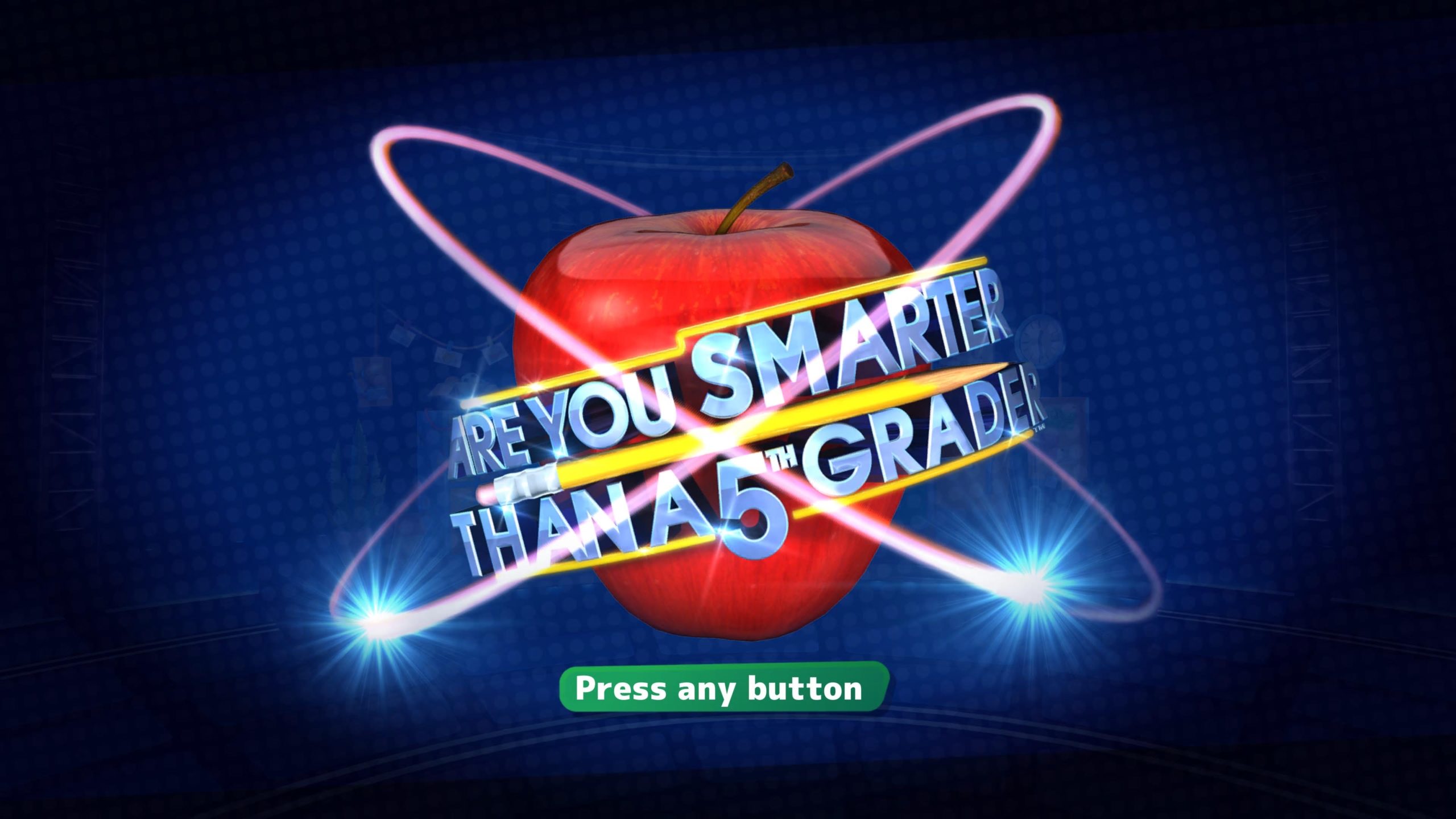 Are You Smarter Than A 5th Grader? is a humble reminder that you should have paid more attention in school. The Finger Guns Review.

Are You Smarter Than A 5th Grader? is a humble reminder that you should have paid more attention in school. The Finger Guns Review:

Ah, 2007. I would have been coming home from high school, seeing Noel Edmond’s cheeky grin plastered on the TV screen – hosting Are You Smarter Than A 10 Year Old? The UK and superior equivalent to the original Are You Smarter Than A Fifth Grader? Daily hosts also included Dick and Dom – shout out the boys from da bungalow – who were just as, if not more entertaining.

As far as game show premises go, this was a fresh, unique take and profoundly simple: bring someone who’s probably not been to school since canes were still a thing, stick them on a panel to answer grade school questions for cash prizes. The contestant will pick School Subjects, aided by precocious students specialised in one of the many topics offered. The hosts I’m familiar with had charm and wit that carried the rhythm of the show. Banter back and forth between the host and students made it a fun watch.

I’ve not started this review off with a nostalgic tangent, believe me. In fact, I laid out the essential loop of the game. It mimics the structure of the show exactly. Two questions per grade year, from 1st to 5th with a final 6th grade question totalling at 11 questions. Each step of the way you have three options to “cheat”: copy the student helping you, ask the class for input or request a new question. All options can only be used once, but by 6th grade you’ll be on your own regardless.

Instead of a cash prize you score points. These points add to an overall Report Card which essentially works as XP. The report card unlocks more as you progress. The unlockables vary from new students, different topics and a myriad of customisable options. The grind for this is real, the description for Are You Smarter Than A 5th Grader? states that the longevity of this game is a highlight. This isn’t a false promise as it definitely delivers on being a long experience, but it feels closer to a long walk home than a long hot bath. The pacing is intentional but when it’s closing off gameplay elements for the sake of this “longevity” it really feels more like homework.

Getting through the grind you’ll be met with extensive means of expressing personality. You’ll be able to change your desk skin, bobblehead and paper. As well as the ability to change your avatar and title you’ll be referred by. This could range from the obvious ‘Teachers Pet’ to the nuanced and apt for myself ‘Prehistoric Emo’. I found it a nice bit of flair that made me feel like I was back at school stating who I was for my peers to see, as labels felt like such a defining aspect of growing up.

What Is This? A School For Ants?

There’re only two modes in the game, Exam Mode and Study Mode. The former is the official game show experience, one failed answer and you’re out. The latter is described as a couch co-op experience. It’s essentially the game show without a fail state and you try and score higher than the other players. Whilst this means XP earned by all players go towards the report card, you are pitted against each other to have the better score. I wouldn’t necessarily call it co-op. If anything, the most fun this game has to offer is that you can play with up to 8 people and see who’s the smartest.

I’ve not played it in what I would consider the optimal way but I can picture this being a choice for a game night amongst family/friends. It may be a novelty to play this in a group setting but there’s other games that offer a better of variety in their content to have that party-style experience. I don’t think there’s enough to offer besides the grind that’ll keep players coming back. In the several hours I played, it was already met with repeating questions – if not that – questions that would have the same answer just worded differently. The topics are varied but in the initial hours you’re stuck with just a few to choose from and if you suck at them, I guess you can try and google it?

The bulk of the questions are usually multiple choice. Varying from the banal to the downright obscure. I don’t know what child can pinpoint the city of Petra in Jordan on a nameless World Map; but if that describes yours then they’re probably from Petra. I guess it’s the nature of any quiz to have some real doozies and others that require a thinking cap, but it left me wondering who these questions are aimed at. The presentation would seem to be kids/teenagers, but the questions suggest NASA employees.

Despite my gripes on some of the unwelcoming questions I faced, there’s a feature that I was met with at the top – the accessibility options. The options are comprehensive for how much the game offers. Whether it be lighting, colour or audio, all abilities were covered which I was happy to see. The inclusivity of this is well worth commending Massive Miniteam for. It’s those kinds of gestures that need to be met by more devs and tackled in a more thought out way like this. Another option gives you the ability to exclude US based questions, a pleasant option for players worldwide.

Doing my research adjacent to the game, it became clear that the IP has seen many hand changes due to its viewership and funding. The most recent iteration of the show saw (or didn’t) John Cena as the host. However, this game is met with dual-hosting duties by some original characters, Theodore and Claudia. Serviceable for the game, but when you don’t have the namesakes or even the infectious theme tune, it makes you wonder what limits the developers Massive Miniteam were under while developing Are You Smarter Than A 5th Grader?

The graphics and art style are nothing to write home about. It’s colourful with models that border the uncanny. Though the “set” swivelling left and right like an episode of The Wheel is a highlight, even if it bogs down the flow. The voice over is stunted with obvious breaks between a word or line to be stuck together coherently to service the moment. Hearing “Nice Mom” in two separate tonal shifts started to give me a Jack Torrance-like mental state.The music doesn’t fairs much better as it is a continuous loop that progresses as you do. Other than the 5th grade shoegaze riff coming from the guitar blowing me back on the sofa and truly hitting different, it was overall just background bumf.

Are You Smarter Than A 5th Grader presents itself as a quiz for all ages but the questions say otherwise. I spent the majority of the time minmaxing my experience by playing an 8-player game solo just to make the grind a little more manageable. This wasn’t an ideal method but I only wanted to experience the most it had to offer, and what I found was not a lot.

Are You Smarter Than A 5th Grader? is a fine albeit one note quiz show game that won’t necessarily please the fans of the franchise. That said, it may be welcomed by casual players that want to play a party game with friends/family.

Are You Smarter Than A 5th Grader? is available from 23rd August 2022 on Playstation 5 (review platform), Playstation 4, Xbox Series X/S, Nintendo Switch and PC.

Tags: Are You Smarter Than A 5th Grader? Handygames Massive Miniteam THQ Nordic