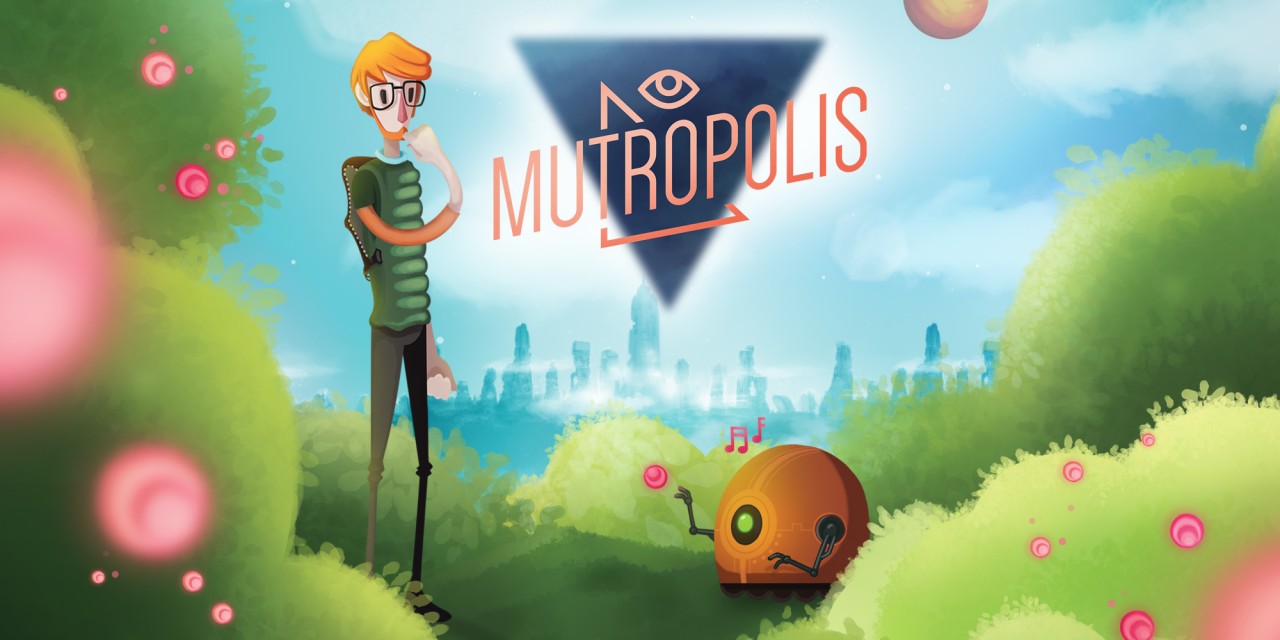 Mutropolis is a sci-fi point and click adventure, but does this one really click? The Finger Guns Review.

Mutropolis is a sci-fi point and click adventure, but does this one really click? The Finger Guns Review:

The Nintendo Switch has become the second hub for point and click adventures, and Mutropolis is no different. Originally released on the PC (Steam) in 2021, Pirita Studio have now put their debut game on the Switch. Before we get into the review I think it’s important to mention that point and click adventures aren’t usually games I gravitate towards (I say whilst Disco Elysium is one of my favourites of all time). But I wanted to explain my position before delving in, as fans of the genre may find a bit more in Mutropolis than I.

The game features over 50 hand drawn scenes with loads of quirky creatures and characters to fall in love with. Whilst some of the level art would make for a great wallpaper I wasn’t so sold on the character designs. The animations on them are limited and would often take a few moments to play out before continuing on with the scene; I couldn’t tell if the game had frozen or if it was by design, but it got in the way of my enjoyment regardless.

Mutropolis takes place in the 50th Century, civilisation now lives on Mars after Earth became uninhabitable. Archaeologists are finally returning to Earth on expeditions to find out about their home planet. You play as Henry Dijon, a member of the archaeology team doing the excavations. After finding out that elusive Mutropolis may exist, Totel (the leader of the archaeology team) is kidnapped without a trace and evidence of Mutropolis goes missing. It’s up to you to play detective and find Totel and maybe discover the clandestine city of Mutropolis.

The story plays out in three acts; the bulk being two and three, with one playing out as a tutorial. The structure of the three acts make it a little bloated, resulting in an uneven pacing between the levels. Act 1 sets up the main characters and world whilst showing you the ropes, but Act 2 hits a major lull. Although there are undoubtedly some nuggets of mystery and intrigue sprinkled in, it felt far and few between for moments that piqued my interest. By the end of the story I was left with the notion that this would have been a quintessential radio play on the BBC with the format of a point and click adventure getting in the way of what otherwise is a good short story.

I enjoyed parts of the narrative as it did a great job leaving a breadcrumb trail for you to discover, but the execution of the character dialogue was lacklustre. Voice acting came across sterile and one dimensional, falling short of much emotion despite stakes ending up very high story wise. I get that point and click adventures come with lines that are more to edge players into the right direction for progress, but I often found myself clicking on something that Henry would have no idea about. This is fine in some instances, but clicking on some 21st century objects that may have a witty interpretation close to reality, others would be met with no clue; ending in a moot point. The dissonance of Henry being an expert yet leaving a handful of moments that would lead to nowhere tarnished the world building set up in other examples.

Archaeologist’s Guide to the Fallacy

As you’re discovering multiple mysteries at once in the game, you’ll be sifting through everything you can find for clues. All of the clues corollate to puzzles that’ll help you progress. I’m under no illusion that some of the most influential titles in point and clicks have some real brain teasing puzzles, but some of Mutropolis’ puzzle design could vary from common sense to common insanity.

Some of the combinations and requirements just took too far of a leap in logic in my experience. I credit the game for coming up with unique and creative ways of solving puzzles that cater to the sci-fi setting; there just needed to be a little more hand holding in terms of guiding the player towards these (il)logical conclusions. Backtracking is a major proponent to this game; I understand that the handcrafted visuals mean that some limitations are guaranteed when it comes to variety. However, I think the compromise would be implementing less puzzles that create backtracking to make the game more streamline.

I tried playing Mutropolis a multitude of ways, as is the nature of the Switch. By the end I favoured playing it docked with a controller; the handheld experience were fine enough but the left stick never felt as precise when docked. The touch screen would mitigate the drawn-out swoops of the cursor but the finicky design of using items in your inventory to pair with something in the level created unnecessary frustration. I would often grab an item from my bag, try and drag it onto the level and by that time I’ve left the frame I was in or I’ve dropped the item. Whereas the controller docked played a lot smoother and felt more of a concise experience.

Not to mention the technical issues I would face; there was often stuttering from transitioning out of different slides or into new rooms and when you’re doing a lot of backtracking with the puzzles it starts to occur too much.

Despite some of my own issues with the game outside of the technical aspects, I think there’re elements of Mutropolis that’ll be enjoyed by other players. This is an adequate step for the two-person team at Pirita Studio and I’ll be interested in their next game with the lessons learnt from the first. The story and art direction are the stand outs, both elements build a very realised world that I wish I saw more of. But the problem lies with their not being enough overall.

Mutropolis evokes the same feelings its older and most revered predecessors do. However, the technical problems and clunky sometimes nonsensical puzzles holds the title back from being a point and click that stands out of the ever-growing crowd.

Mutropolis is out now on Switch (review platform) and PC (Steam)