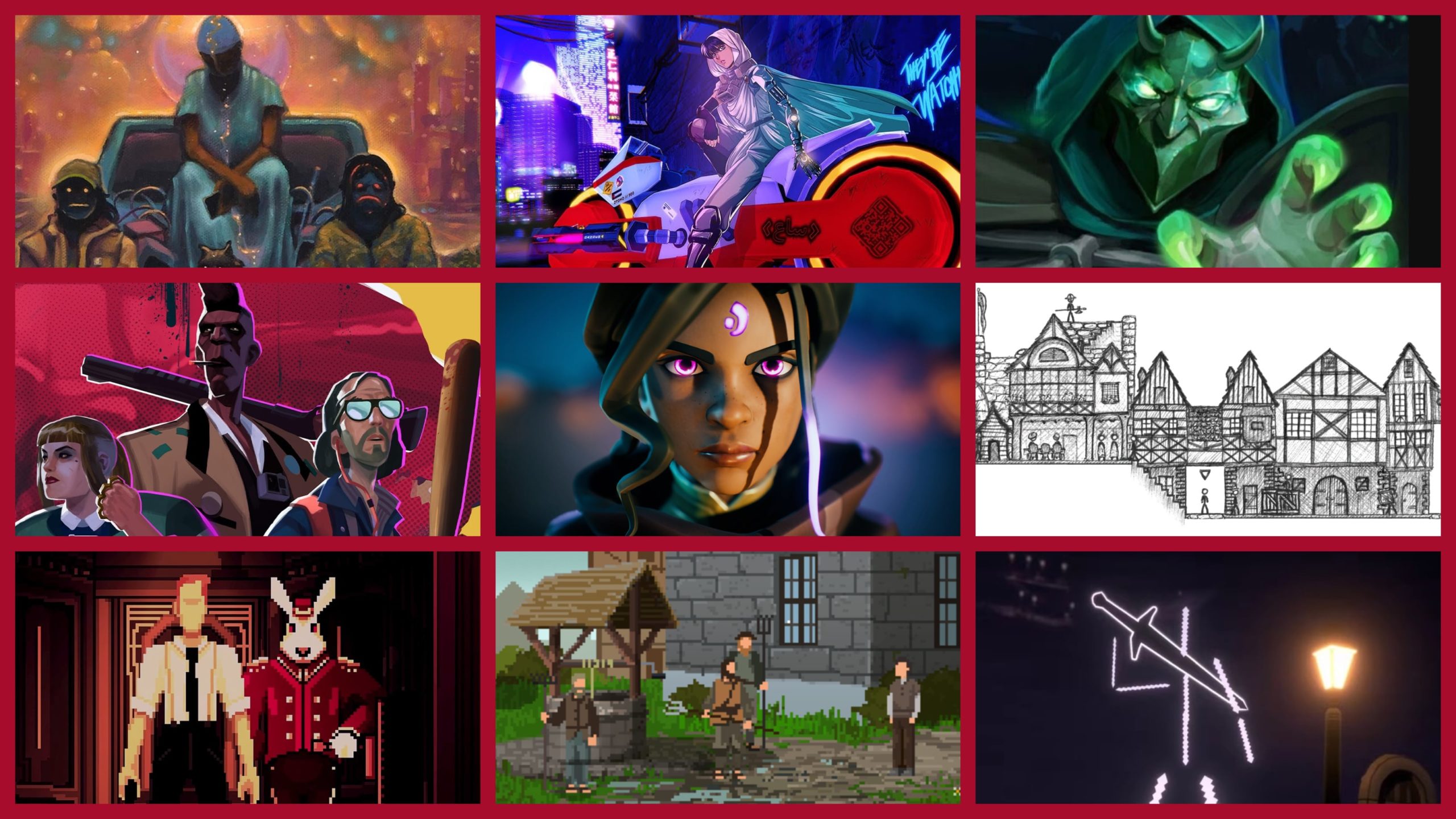 October 2022 is an incredibly strong month for indie games. Here's 23 indie games to look out for.

October has always felt like a historically quiet month for indie games. The last quarter of every year is traditionally the home of all of the big AAA behemoths that suck all of the air out of the room. The FIFA’s and Call of Duty’s usually dominate the headlines and indie games tend to avoid releasing in this period.

Well, not in 2022. October is an incredibly strong month for indie games this year. In fact, I’d go as far as to say it is one of the strongest months of the entire year. From cozy adventures to chilling indie horror, retro inspired shooters to innovative narrative games, October 2022 has indie games for everyone.

Without further ado, let’s explore 23 indie games to get excited about during October 2022.

Soulslike games almost universally take themselves very seriously. They’re usually dark and brooding, matching the terror lurking around each corner. That’s not really the case with The Last Hero Of Nostalgaia from Over The Moon (The Fall Part 2) and Coatsink. Sure, it’s dark and dangerous, offering that “harsh but fair” combat we’ve come to expect from the Soulslike genre. But Brooding? Serious? Nah. The tone is much more fun loving. A satirical action-adventure, here you play as “the most hideous pixelated hero to ever spawn” who’s also the last, best hope for the survival of the video game world of Nostalgaia. This is all outlined by a biting, cynical narrator who “despises your very existence”. Yikes.

The Last Hero Of Nostalgaia is set to launch on October 19th on PC via Steam, Xbox One & Xbox Series consoles.

As the dark nights start drawing in, there’s nothing better than cuddling up on the sofa and playing some cozy indie games. A Winding Path from Three Eye Games is one such game and it’s making its way to Nintendo Switch [Store Link] on October 27th, 2022 with some publishing assistance from Flynn’s Arcade. A hand-drawn, relaxed and peaceful exploration game, A Winding Path has you venture out into a whimsical world to uncover the mystery of the missing rain. Along the way, you’ll meet colourful characters, explore a forest and delve into ancient caverns. The game’s central premise is about “finding the beauty of the world and enjoying the little things” and I’m quite excited to get comfy with this game come October 27th.

Team17 are obviously planning on dominating October 2022. Of the 23 indie games on this list, 4 of them are from the Wakefield developers turned publishers.

The first of these is Batora: Lost Haven from Stormind Games. An action adventure RPG, this title is set to feature fast paced combat, a rich narrative, thoughtful puzzles. In Batora, you play as Avril, an unwitting hero who is gifted extraordinary powers to save her alien world and others. Along this journey beset with moral quandaries, Avril will have to make choices which can have far reaching ramifications on her fate and the fates of those she meets. Previews of the game have been good so be sure to keep an eye out for reviews around the October 20th, 2022 release date on PC via Steam, Nintendo Switch, PlayStation and Xbox.

It’s always a pleasant moment when I’m typing up these indie games lists and I can tell you for sure that a game is worth checking out. That’s certainly the case with point and click adventure meets turn based combat game Sunday Gold. That’s because we’ve reviewed it already. “Sunday Gold is a gem mined from the rough and the dirt. The writing is on point and witty, the gameplay streamlined yet satisfying and the art style is catchy and engrossing.” is how Miles described it in his review. You can pick up this engaging jaunt around the big smoke on October 13th when it arrives in PC via Stream.

Truant Pixel have been making a bit of a name for themselves in VR circles after spending a long time making themes for PlayStation consoles. Now they’re best known for VEV: Viva Ex Vivo and Akash: Path of the Five but I’ve no doubt that they’ll soon be famous for <RUNNER> once it releases on Meta Quest 2. There’s no hiding the very obvious inspirations of this game from the trailer. In fact, I imagine the developers leaned into it. There’s strong Akira vibes here, owning the sci-fi-noir vibe with a kick ass red bike and some ride-and-fight play against a variety of robotic enemies. In the game you play as one of the grey market couriers that smuggle tech under the nose of the oppressive ATLAS AI. It looks so…damn…cool.

While we wait for the arrival of <RUNNER>, the developers have released a free (totally free, they’re not even tracking data) visual novel – <PREAMBLE> – on iOS, Android and PC via Itch.io. Complete with a talented vocal cast and a soundtrack from Fat Bard, this visual novel sets the tone for what’s coming with <RUNNER>.

I’ve got to give it up to the ingenuity of this game’s title. I’ve got a lot of respect for indie games that put everything you need to know right there in the name and “Splatter – Zombiecalypse Now” does that admirably. Splatter. There’s going to be blood and guts and gore. Plenty of it. Zombiecalypse Now? There’s zombies, but this is a play on a movie title too, so this isn’t going to be dry. It’s going to be fun. The above trailer complements all of that and it looks great. Originally published on PC via Steam back in 2014, this game is headed to consoles for the first time when it launches on Nintendo Switch on October 7th, 2022.

During the pandemic lockdowns of 2021, I sat and ate my body weight in cookies. Game developer Alexander Leps used his time far more productively by entering a game jam with a topical theme: Escape. The game Leps developed during the jam eventually became The Plague Doctor of Wippra (Steam and GOG), a point and click adventure game set during the times of the bubonic plague.

In the game you play as Oswald Keller, a new doctor in a small German town that’s struggling with the Black Death. While you’re trying to help those effected and also find the cause of the disease, you’ll come across popular ignorance and superstitions of “witchcraft”. While it’s set in the Medieval times, there’s some surprising parallels to the shared experience many of us lived through between 2020 and today. Check out The Plague Doctor of Wippra on October 5th, 2022.

Necromancers are usually portrayed as villains in media. I mean, they kind of defy the natural order of things. Well, while you’re playable character in The Unliving is fearsome and most definitely a little bit evil, your necromancer has a noble aim. The realm of the living has been corrupted to its core and you are the cleansing flame that’s coming to raze it to the ground… the raise it its feet to fight for you.

The main hook with The Unliving that makes it stand out from the crowd of other rogue-lite action RPG games is the resurrection mechanic. Using dark magic spells you can bring your defeated enemies back to un-life to fight alongside you as your morbid servants. This game looks very cool in action and I’m very much looking forward to checking it out when it launches into Steam Early Access on October 31st.

Earlier in 2022, Norco released to almost universal acclaim. A point and click adventure, this title is set in a sci-fi tinged Louisiana. Here you are searching for your missing brother Blake who disappeared in the wake of your mothers passing. You’ll be exploring the futuristic refineries, strip malls, and drainage ditches of suburban New Orleans while following a fugitive security cyborg. A few people who’s opinion I trust have said that Norco is among the best games of 2022. High praise indeed. The game will be making the leap from PC to Xbox and PlayStation consoles on October 20th. I’ll be looking to jump into the console version.

Hell is Others is a unique survival horror premise. Visually at least, it’s comfortably familiar. Tapping into the vibe of the twins stick greats like Hotline Miami, it looks great. It’s mechanically where things start to differ, offering both PvP and PvE experiences. Blood is the (pun intended) life blood of Century City, the location where Hell is Others is set. Player character Alan Smithson is in search of blood and in order to find some, has to descend into the dark streets below his high rise apartment.

Here he’ll come across other players (“The Others”) who all have the same goal; get blood, find objects to help progression, survive. Then there are “The Things” (NPC’s), evil critters that lay in wait for the perfect time to strike. You’ll be exploring a world with a time limit and where dangers only appear in your vision cone, making it a fraught and tense experience. Make sure to check this one out when it launches on PC via Steam on October 20th, 2022.

We’re fans of FMV indie games here at FingerGuns (Okay, I am, I won’t speak for everyone) and will take any opportunity to highlight them. Case Files: The Death of Paulette Williams is one such game that combines FMV footage with puzzle and case cracking. In the game, you’ll be watching interviews of the two possible suspects and using details from other documents and your own wits to guide your partner and their line of questioning. While I don’t expect Case Files: TDOPW to challenge Her Story for the crown of FMV investigations, it’s still great to see this genre continue to blossom with promising entries. This game is hitting PC via Steam on October 26th, 2022. Wishlist now.