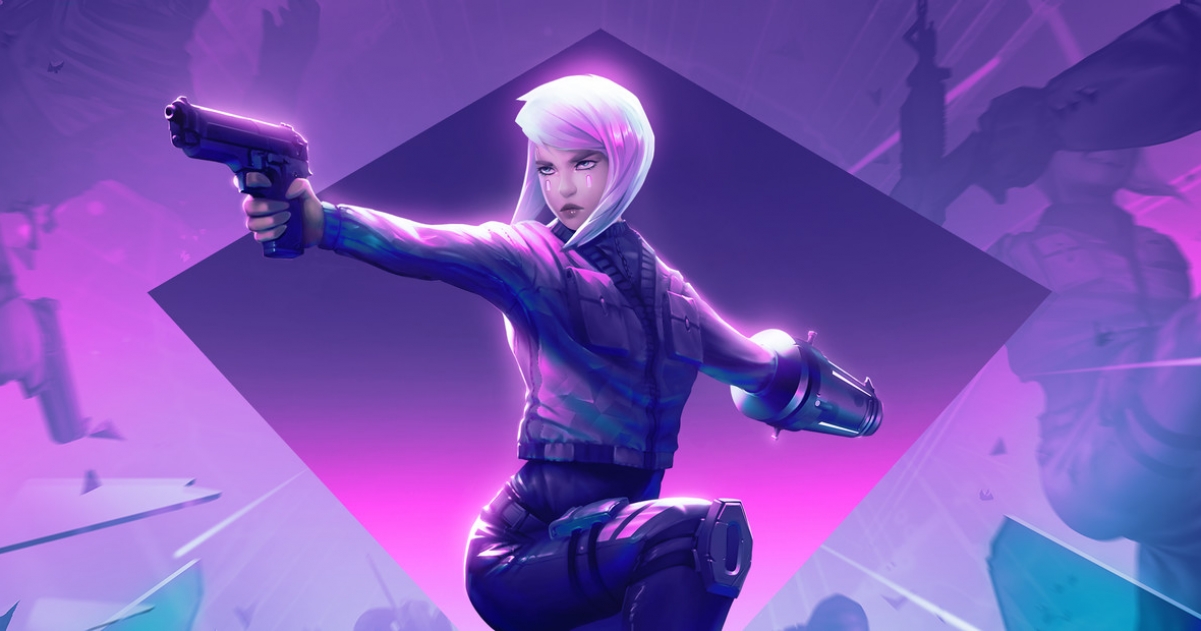 It's bright, it's chaotic, and by golly is it fun to play. But does the lack of directive other than "keep shooting the things" wear thin in Severed Steel after a while? The Finger Guns review:

Video games have been around long enough that there’s something for everyone. You’ve got your calm, meditative experiences to unwind with. Conversely, you’ve got your loud, over the top extreme sports titles like Tony Hawk’s Pro Skater and Steep. Then there’s Severed Steel…

A game so frantic in colour and speed that I felt like Bowman at the end of 2001: A Space Odyssey. The corridor of light and maybe time travel, I mean, not the space baby bit. A futuristic shooter, full of bullet time and razzle dazzle, that becomes addictive and frustrating in equal measure.

The trouble is, however, that with such a tissue-thin plot, is it engaging enough once you get past all the bells and whistles of its gameplay? Find out below.

Normally I’d attempt to cover story first, to get readers in the frame of mind as to what type of immersion to expect. In Severed Steel, however, plot seems to take a back seat to gameplay. There is one, and I’ll get into the negatives about it shortly, but much like the game itself, we’re doing gameplay first.

Short review short: it is mental. The heroine, Steel, is a one-woman killing machine with the agility of a cat on speed and the bullet time awareness of Max Payne. What this means, in layman’s terms, is that Steel can jump, slide, wall run and vault off of most surfaces to take out bad guys and progress through the level.

The Ghostrunner influence in the subtitle is found mainly here, as players will be navigating Tron-like level layouts. Featuring voxel-style graphics, holes can be blown in just about any surface, allowing Steel to make her own pathways if needs be.

The Superhot part comes from the gunplay. Not in the literal sense, as time doesn’t move to a crawl when Steel stop moving. But what it does borrow is the ability to pick up, throw and steal guns from enemies. This is where the balletic ballet comes together: you’ll be legging it up a wall before sliding into an enemy, nicking his gun, shooting his mates and then hoofing the empty weapon at another… before stealing his gun.

It’s a gameplay loop I never found boring, and that’s not half of it.

Bullet-time is nothing new, we know this. What with The Matrix and Max Payne bringing it to the foray roughly at the same time, a lot of games have used it. That’s not a bad thing, I love Max Payne. But, and I will admit, sometimes it does get over done, or is slightly unnecessary in some games.

Severed Steel doesn’t revolutionise bullet-time, but it does put it to good use with its combat. That is to say, you can use it anywhere providing you have some in your little meter under the crosshair. It’ll recharge, as well as be replenished with kills. So the idea is to keep running and gunning without trying to kill the pace, and yourself in the process.

But what made it flippin’ sweet for me is how it works well in aerial combat. Steel isn’t fazed by being upside down, so being able to wall run, vault and dive over a shielded enemy to pop them in the head whilst upside down in the air is, as I say, flippin’ sweet.

Couple that with Steel’s arm cannon (that only stuns baddies to make them drop their weapons) and you’ve got some very fast, extremely crazy and absolutely ballistic gameplay here. It just needs a decent story to wrap it up… oh.

I’m not trying to be glib, but I haven’t got a clue what Severed Steel is about. I can maybe extrapolate some parts, but I wouldn’t worry about a spoiler warning as I may be completely off the mark. That’s the problem when you use mute, static stills, as above, for your cutscenes.

Steel wakes up missing an arm, hence the Severed in the name. Doesn’t seem to off balance her, though, as she’s ninja flipping and defying gravity almost instantly. Shortly after, a certain prototype arm cannon is found and magically fits that void normally reserved for holding a fork. There’s a train escape, another woman popped up in a cutscene… and I still don’t know what was going on.

Am I suffering from amnesia? Will Steel secretly be the bad guy, or did she stumble across something and was left for dead? I honestly don’t know, nor did I finish the game to find this out. However, the lack of narration or even dialogue probably wouldn’t clear this up anyway.

Whilst it doesn’t need Hideo Kojima levels of writing to make a point, it would be nice to have some idea about my motive. Mimicking Hotline Miami’s “quick start, go, kill the dudes, A to B” is all well and good, and does work for this kind of game, at least Hotline Miami had a plot. Severed Steel just seems content to rest on its laurels, in that the gameplay would be sufficient to stop people like me asking questions.

Shoot First, Then Shoot Some More

But then, perhaps that’s just me digging for the sake of padding out this review. Severed Steel is a game about action, and that takes centre stage. Why ask questions of the enigmatic protagonist when you’re wall flipping and pulling aerial double headshots off?

It’s got a foot-thumping techno soundtrack to spur players on, quick loading times between levels and deaths, and is just generally unrelenting when it comes down to it. It’s not quite Ghostrunner or Hotline Miami levels of hard, as Steel can take a few hits. There’s also varying degrees of difficulty setting, for those that favour either story or self-flagellation.

I’m not a savant, I died a few times on Normal difficulty. Sometimes it was down to my own ineptitude, others it was being overwhelmed by a group of enemies and me having no gun. Being able to jump right back in and try another offensive never got boring, and that’s what will sell this game.

In short, much like this review, Severed Steel is fun. I’m a fan of both challenging, quick fire games and violent platformers. That’s why Hotline Miami and Ghostrunner are referenced heavily here, because those are two very good games I like. But comparisons and imitations are positive and flattering, respectively.

It cribs from them, but doesn’t rip them off. From a small studio can come good ideas, or at least good takes on already established ideas. If you don’t like the above, or haven’t played them to gain that comprehension of reference, watch the trailer. If that tickles your fancy, then it plays exactly as advertised.

Yes, it could have done with some more raison d’etre that just assuming players will work it out themselves. I can see why they’re short scenes to not detract from the frenetic gameplay, but some motive would be nice.

However, that’s not enough of a negative for me not to recommend this. Keeping it short and sweet, much like a lot of the levels in here, I had fun with Severed Steel. If you want something to scratch that fast-paced, first person shooter/runner itch, and are on a budget, then this will be the game for you.

What it lacks in narrative, Severed Steel makes up for it in the gameplay department. It’s fast, it’s frenetic, it’s vibrant and by golly, is it fun. There’s no greater pleasure in somersaulting over goons to air out their brain cases in glorious voxel violence. Switch off the lateral thinking and engage those cat-like reflexes.

Severed Steel is available now on PlayStation 4 and 5, Xbox One and Series S|X, Nintendo Switch and PC (reviewed on).