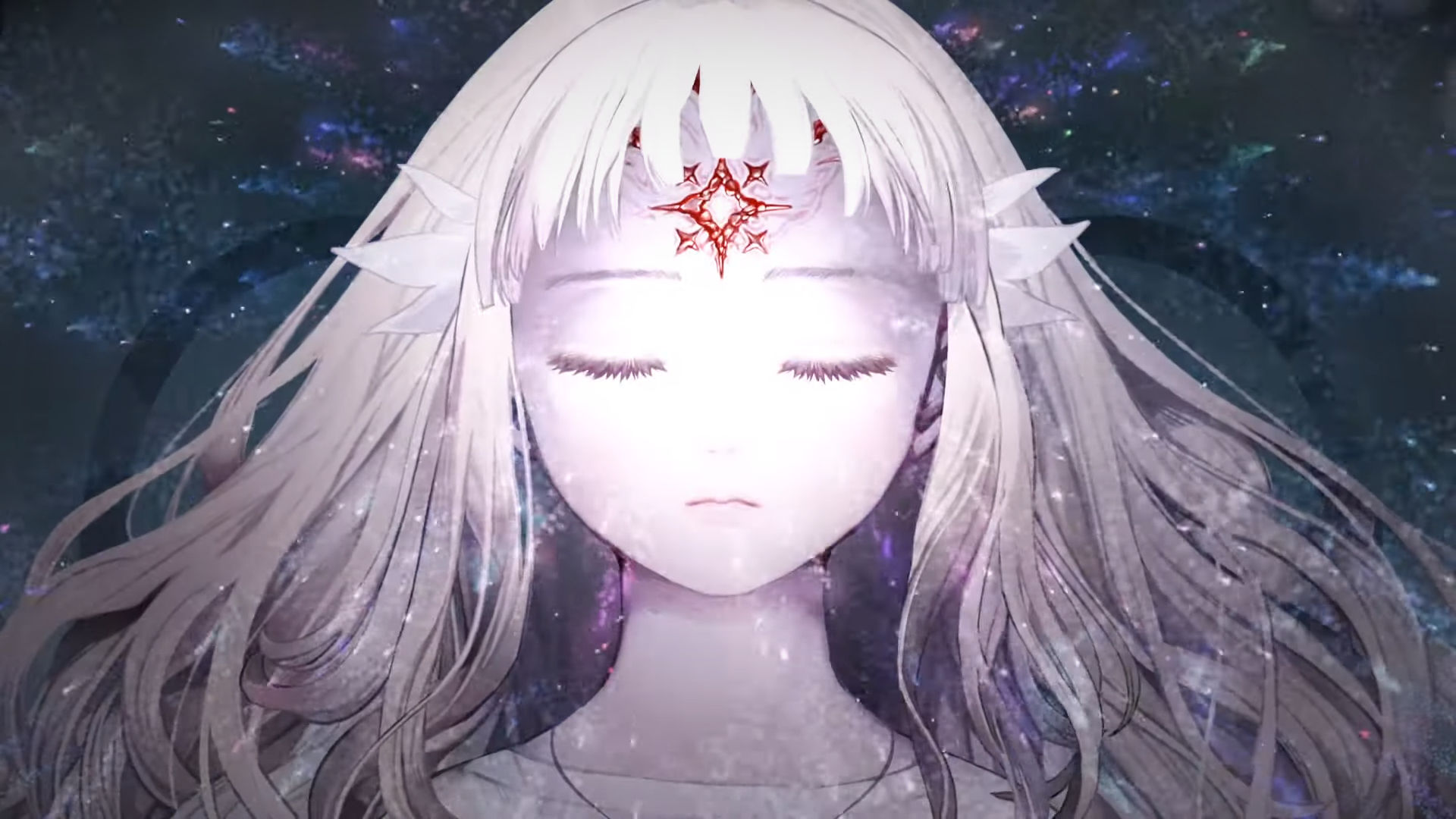 It might not match up to the genre’s modern day visionaries but Ender Lilies: Quietus Of The Knights is still a beautiful and engrossing Metroidvania title. The Finger Guns Review.

It might not match up to the genre’s modern day visionaries but Ender Lilies: Quietus Of The Knights is still a beautiful and engrossing Metroidvania title. The Finger Guns Review.

In Ender Lilies: Quietus Of The Knights, you play as a young girl who wakes up inside a desolated church with no knowledge of how she got there. This girl’s name is Lily and she’s the last living descendent of the White Priestesses. This means she has the power to cleanse spirits of corruption. Bonded to the spirit of a noble Umbra Knight, she discovers that the kingdom of Land’s End that she once called home has been ravaged by a mysterious rainfall. This plagued precipitation turned everyone in the kingdom into ferocious monsters called the Blighted which now haunt the ruins of her land. As the only one capable of purifying the Blighted of the corruption, Lily and her Knight set out to uncover the origin of the accursed rainfall, recruiting other cleansed spirits along the way.

Everything mentioned above happens within the first five minutes of Ender Lilies: Quietus Of The Knights. It makes for quite a compelling primer to the rest of the game but from there on out, the narrative becomes much more piecemeal. As Lily and her spirit knight explore the world of Land’s End, they’ll come across the occasional wordy collectable in the shape of scrolls that further flesh out the world. The vast majority of the story is played out via beautiful cut scenes that trigger after defeating certain boss enemies. Without spoiling it, the narrative can feel overwritten and convoluted at times as you’re only given chunks of it at a time. Because of the relatively open structure to the game, you might see characters mentioned without the required context for it to make much sense. Even when everything starts to fall into place, the story of ENDER LILIES: Quietus Of The Knights isn’t as gripping as it otherwise could have been. Sure, there’s enough to entice you through to the ending (of which there are 3 depending on the completion of certain actions), but because the game leaves some narrative beats up to player interpretation, you might come away from it with a few unanswered questions.

Thankfully, the moment to moment game play of ENDER LILIES: Quietus Of The Knights is much more coherent and engrossing. The game follows a traditional 2D Metroidvania formula for the most part. That’s not to say that this title doesn’t have its own unique flair – it certainly does – but the structure of the game will feel immediately familiar to those accustomed to Metroidvanias. The game is made up of linked locations that are inhabited by a wide variety of Blighted enemies. As is standard for the genre, some doors and paths are locked to Lily until she has unlocked certain skills or defeated particular bosses.

The bosses and their integration to the progression, combat and narrative is the most unique aspect of ENDER LILIES: Quietus Of The Knights. As I mentioned earlier, Lily is bonded to the Umbra Knight at the start of the game. Lily doesn’t actually do any fighting of her own; She relies on the spirits with which she is bonded to do the fighting for her. These spirits float around her at all times like little fireflies but materialise to attack at the click of a button. After she (or, more aptly put, her spirit defenders) defeats certain Blighted enemies and bosses, Lily can purify their spirit and they will join her in her quest. By doing so, Lily’s offensive capabilities evolve and become ever more customisable over time. While the Umbra Knight and a hand full of other spirits have unlimited use in combat, others have a finite amount of use. These exhaustible spirits can be recharged at rest stops which also act as checkpoints and fast travel stations.

Each spirit Lily purifies and recruits has its own offensive capability which will help her vanquish the Blighted. One spirit spawns a bird which patrols the screen and fires off ranged attacks at enemies that get close. A huge hulking barbarian character swings its massive sword slowly, dealing out massive damage should it land. At any one time, 3 spirits can be mapped to the Square, X and Circle buttons so it can be quite interesting as you try to find the balance of attacks you want in your load out. If you do find a favourite, each spirit can be upgraded, improving its stats like attack damage or cool down time, with items hidden away in the dark corners of Land’s End or dropped after defeating enemies.

The combat in ENDER LILIES: Quietus Of The Knights certainly takes some inspirations from the Soulslike genre – although I do stop short of calling this game a Soulslike for reasons I’ll go into in a moment. Each type of Blighted has a handful of attacks which can be telegraphed and avoided, either by attacking or by dodging using Lily’s handy floor roll. There’s a wide variety of foes in this game and they all have their own weakness to find and exploit. Some mushroom-esque witches, for example, have only ranged attacks that descend from above. Avoid these and you can nip in and unleash with the spirits. Some of the boss battles in this game are excellent and will pose a stiff test of your reaction speeds and persistence. Every main boss in the game has a mid-fight switch up which makes for some thrilling pace changes too.

Much of the combat outside of the boss fights feels a little stiff by comparison however, especially compared to your average Soulslike. Far too many of the bog standard Blighted seem all too happy to swipe their weapon at the open air, hit nothing, and then stand back and admire a job poorly done. All too often, I found myself getting close enough to an enemy just to trigger its attack, leaving it open for me to slash it to pieces. Rinse and repeat. ENDER LILIES: Quietus Of The Knights is best when a variety of enemies all descend on Lily at the same time, challenging the player to find the gap in the various different attacks. There are a number of sections in the game like this and they’re where the combat really shines.

No matter what you’re fighting and where though, ENDER LILIES: Quietus Of The Knights always looks gorgeous. Like a playable fantasy anime movie, the entirety of this title is easy on the eye. The designs for the Blighted and the friendly spirits you’ll be recruiting are all detailed and interesting. The layered, painterly world, adding depth to the backdrop, is equally as beguiling.

More than the visuals though, the soundtrack of this game sets an expert tone. Filled with gentle singing and powerful, melancholic piano melodies, it’s a soundtrack full of ear worms that’ll have you humming hours after you’ve switch off the game. Even if you’re not intending to play ENDER LILIES, give the soundtrack a listen on a streaming service. It’s so good that it might even win you around to play the game.

It was refreshing to play a pure Metroidvania game in 2021. The vast majority of the games that release in this genre these days come spliced with events of other genres. The permadeath of roguelikes or crafting of survival games, for example. ENDER LILIES is a game as close to the original Metroid/Castlevania formula as I’ve seen in quite sometime, including non-linear map progression and backtracking with freshly unlocked powers. Does that hold up in 2021? Surrounded by the likes of Dead Cells, Metroid Dread, Hollow Knight or Ori? It’s certainly not as inventive as its modern day peers, but if you like your Metroidvania games with anime appeal, this is certainly worth your time.

It might not match up to the genre’s modern day visionaries but Ender Lilies: Quietus Of The Knights is still a beautiful and engrossing Metroidvania title. A convoluted plot and some sections of uninspired combat are offset by fantastic boss battles and a beautiful soundtrack. A worthy stopgap while we wait for Hollow Knight: Silksong.