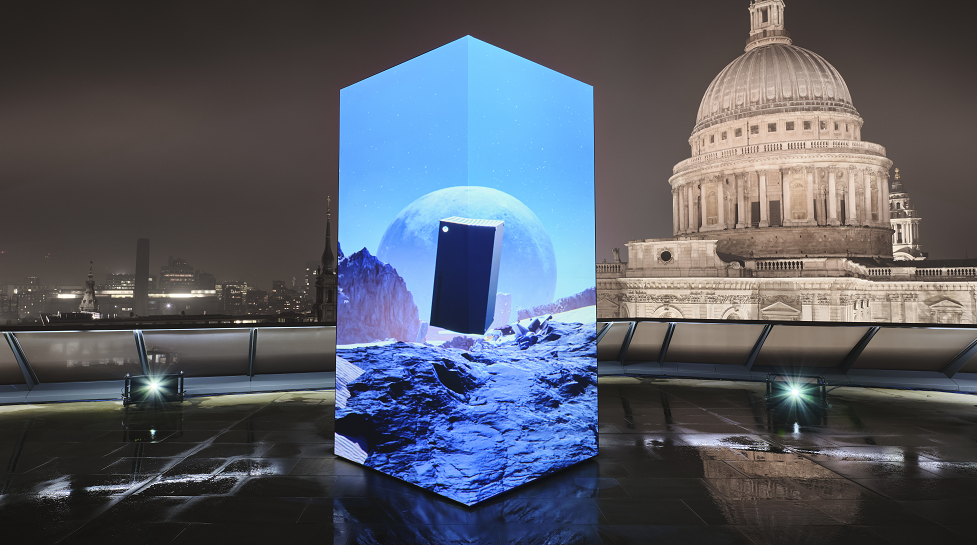 Power your dreams...if you can find one, of course.

Well whaddya’ know, the Xbox Series S and X have finally launched today and to mark this momentous occasion, Microsoft threw a bit of a shindig in ol’ London town that was pretty darn fancypants.

In a six hour liverstream, them folks at Xbox On showcased a selection of games available today including Assassin’s Creed Valhalla and Watch Dogs Legion with viewers invited to complete live interactive challenges which would win them gear including the Xbox Series S itself.

The event culminated in a rather spectacular rooftop lightshow, featuring a thwacking great holographic Xbox Series X installation set against the backdrop of St. Paul’s Cathedral and well, just for a minute and a half, all was right with the world.

At 12ft high, the ‘Dreams Within’ installation used four 4K projectors to create a holographic chamber, with multiple cameras employed to give the effect of transparency throughout a pretty amazing lightshow displayed with in the Xbox Series X projection.

Ya boy Phil Spencer,vice-President of gaming at Microsoft, had this to say;

“Gaming has the power to inspire, to connect and entertain us, and this next generation of gaming is coming at a time when play is more important than ever.

There are three billion people who play games across the globe; our vision is to make gaming great for every player on every device for every generation in every location around the world. The launch of Xbox Series X and Series S marks a moment for us to celebrate the power of play, together.”

The Xbox Series X/S are out now. Not that you find one anywhere.