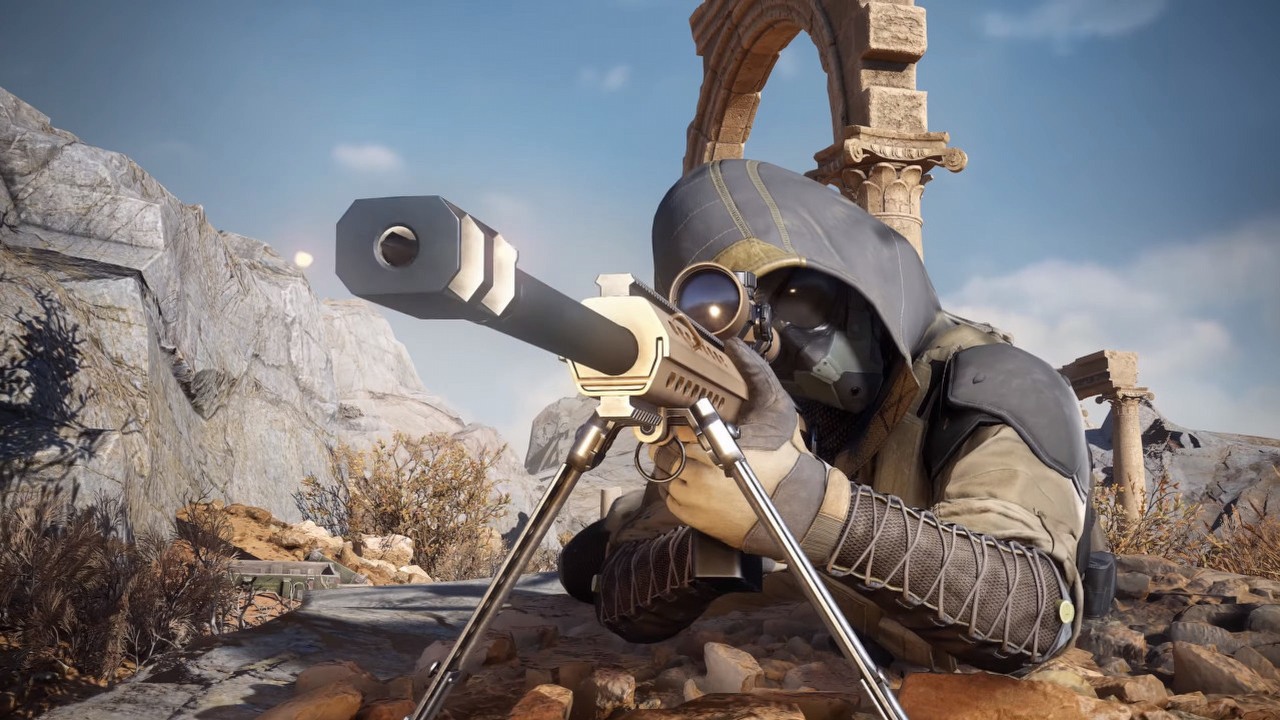 Sniper Ghost Warrior Contracts 2 release date, a tonne of announcements from the New Game + 2.0 steam and a game you play with your eyes? All that and more in today's gaming news.

Phew. A lot of gaming news has reared its ugly head today. Here’s the FG daily to knock it all down like a whack-a-mole game. Lets run down the gaming news headlines from the 4th of March, 2021.

Today, CI Games have announced the final release date for Sniper Ghost Warrior Contracts 2 (a shoe in for most unnecessarily long name at the Game Awards this year). This news came alongside the reveal of the first game play glimpse which you can see above (so long as you’re 18+). Drones, snipers, poppin’ melons and some pretty locations seem to be down the scope for this game.

Today SOEDESCO have unveiled the above story trailer. We’ve covered Kaze and the Wild Masks extensively here at FG. That’s because Toby is desperate to play it. This might be the last time we get to cover it before it releases as it’s arriving on March 26th for Stadia, PC, PS4, Xbox One and Switch. There’s a physical edition arriving on May 25th. Spoiler: It looks great.

Signs of the Sojourner coming soon to consoles

Echodog and publisher Digerati have announced today that the “critically acclaimed narrative card game” will be launching on consoles soon. It’s arriving on 17th of March on PS4, 18th of March for Nintendo Switch, and 19th of March on Xbox One. All versions will have a 20% launch discount (PS+ subs only on PS4).

AWAY: The Survival Series Adds Xbox As Launch Platform

AWAY: The Survival Series has added Xbox to its launch platform

when the game takes flight in 2021. The “documentary-inspired exploration adventure about the life of a sugar glider” had already been announced for PS4 and PC via Steam.

“We’re proud to bring AWAY: The Survival Series to Xbox where it can discover a whole new audience. AWAY: The Survival Series is a love letter to the natural world, where danger, beauty, life and death are all wrapped together in a cohesive, awe inspiring whole. Anyone who likes nature documentaries such as Planet Earth, Blue Planet, Life, and Our Planet, or just enjoys a good hike through the woods now and again, will find plenty to like in AWAY.”

Before Your Eyes, An Eye Tracked Emotional Adventure, Heading To Steam

GoodbyeWorld Games, along with Skybound Games and Verizon Media’s RYOT Studio, today announce Before Your Eyes – an emotional, narrative journey, navigated through the player’s real-world blinks – will come to PC via Steam on April 8, 2021.

“Before Your Eyes is a brand new narrative-focused single-player game, where the player navigates the story using their own eye movements and blinks. Before Your Eyes will open your eyes to an interactive afterlife through a heartfelt experience enhanced with a unique immersive angle.”

To celebrate the 25th anniversary of the release of Resident Evil (crumbles to dust) Numskull Designs have unveiled a new collection of merchandise. An Umbrella Corp charging pad and lamp, caps, pins, t-shirts, mugs, and even a set of TUBBZ duck collectables are part of a diverse line up. You can find the full collection here.

The first of PM Studio’s announcements at New Game+ was quite exciting. Arcade-style football meets beat ’em up games in Guts ‘N Goals, which will launch for PlayStation 5, Xbox Series, PlayStation 4, Xbox One, Switch, and PC via Steam on August 27th. This one looks like a lot of fun.

Ever Forward Heading to Consoles In June

PM Studios weren’t done there though. They also announced that the puzzle adventure game Ever Forward (which first launched for PC via Steam in August last year) will launch for PlayStation 5, Xbox Series, PlayStation 4, Xbox One, and Switch on June 29th.

“Ever Forward is the story of a young girl, Maya, caught between realities. One is filled with idyllic fields and coastal retreats. The other is a harsh, geometric dream world of traps and puzzles. The player will help guide Maya through these places on a journey of self-discovery and reflection. Together, they will unlock Maya’s memories and find the secrets that lie dormant in her mind.”

PM Studios rounded off their glut of good news with yet another announcement – Retro-inspired FPS Exophobia, developed by Zarc Attack, will launch on PS5 , Xbox Series, PS4, Xbox One, Switch, and PC via Steam on October 5th.

“Exophobia is a retro-inspired first-person shooter with fast-paced combat. You wake up to find yourself alone in a human spaceship infested with hostile alien soldiers. Explore your surroundings while you uncover piece by piece the backstory and destiny of its human inhabitants. Shoot, dash, stun your enemies and more, in your path to escape!”

Also announced at New Game+ were a few NIS America reveals. The first bit of news is that Disgaea 6: Defiance of Destiny has a Western release date. The game will be available on Nintendo Switch on June 29th, 2021. If you pre-order, you’ll get some bonus content which you’ll find in this trailer:

NIS America also announced a strategy RPG collection called “Prinny Presents NIS Classics Volume 1” for Switch and PC which will be launching this summer. It includes both Phantom Brave: The Hermuda Triangle Remastered and Soul Nomad & the World Eaters. This collection will feature up-scaled artwork and all DLC from the original releases.

Check out the full show here: