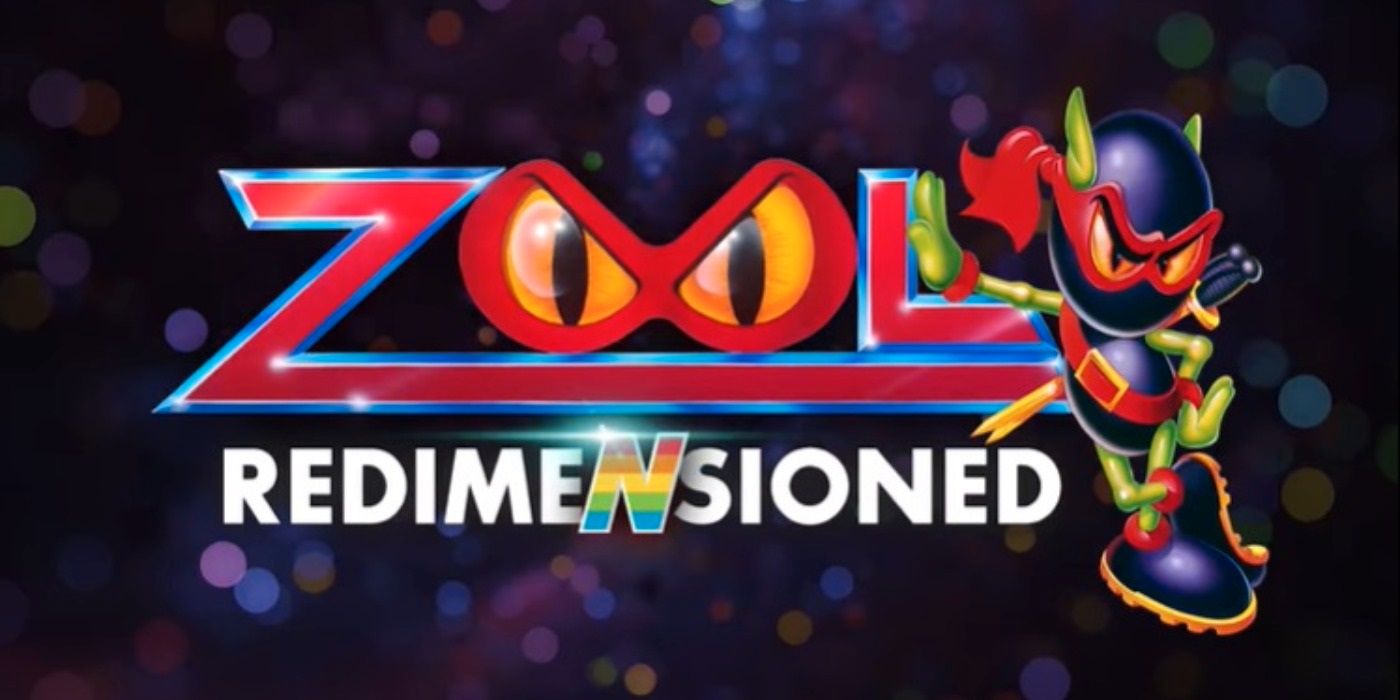 Zool Redimensioned attempts to bring the intergalactic ninja kicking and screaming into the 2020s. Does it succeed? The Finger Guns review...

Zool Redimensioned attempts to bring the intergalactic ninja kicking and screaming into the 2020s. Does it succeed? The Finger Guns review…

When I heard that a remaster of 1992’s character platformer, Zool, was on its way, I imagine that my reaction was pretty widely replicated across the board – “huh”, followed almost immediately by “why?”. I mean…it wasn’t like Zool was a terrible game or anything. It was actually one of the more memorable and valiant attempts to challenge the Marios and Sonics of the world. However, it never felt like a true contender and it’s just not a title you tend to hear people speak about in reverent tones these days.

However, what makes Zool Redimensioned a unique proposition – beyond the novelty factor – is that it’s the first product to emerge from the Sumo Digital Academy, a talent development programme seeking to attract graduates from different industries with the kinds of tranferrable skills that lend themselves well to making games.

So, how did they do? Well, pretty cleverly, they have given you the option to directly compare Redimensioned to the original by including an emulated version of the 1992 Sega Mega Drive version. And, let me tell you…they’ve done a pretty good job, given it’s a remaster no-one was really asking for.

The emulated version quickly reveals the problems the original game had – the main one being how horribly zoomed in it all was, which was only exacerbated by the 4:3 aspect ratio it utilised. Given it was a fairly nippy platformer by early 90s standards, this meant many, many cheap deaths, as you could barely see what lay ahead of you. The first thing you’ll notice in Zool Redimensioned is that this is no longer a problem, thanks to a 16:9 ratio and a more zoomed-out view, thus making the whole thing feel more accessible and forgiving.

That accessibility can actually be aided even further with the addition of some new options. If you just want to quickly zoom through everything Zool has to offer, then you can switch on invincibility and remove the peril for a stress-free romp through the game’s worlds. Alternatively, if you want to retain some level of challenge, then you could switch on infinite jumps. This can prove to be pretty useful on more vertical levels, but also has the pretty hilarious consequence of meaning you can complete some of the earlier, more horizontal stages without ever touching the ground – it’s like some extreme version of Flappy Bird and a surprisingly enjoyable way to play the game.

As for those worlds, this is where Zool most reveals itself as an early 90s platformer, with each world having a distinct theme – the Sweet world and Toy world, for example, invoking the likes of Castle of Illusion Starring Mickey Mouse (Zool may even have done a little influencing of its own with a Music level that may remind some of 1993’s Wayne’s World). While it’s nice that each world has its own aesthetic, ensuring some element of freshness throughout, it does lack a little of the cohesiveness that I prefer in my platformers.

Of course, the other issue with a faithful remaster of an early 90s platformer is that it’s…an early 90s platformer. Almost every platformer these days isn’t really just a platformer anymore – they’re roguelikes, RPGs, Metroidvanias – and Zool is, well, Zool. Nothing fancy. Get to the end of the level, collect the big gold coin or beat the boss, move onto the next one. And, look, in some ways, that’s actually quite refreshing – I’m looking for any excuse to switch my brain off and mindlessly make my way through a relatively short experience these days, and Zool Redimensioned offers exactly that. However, if you prefer your platformers to have a little more meat on its bines, this isn’t the game for you.

It is worth remembering, of course, that this is a game that was produced by a team that, just one year ago, weren’t even programmers. They are graduates, coming from fields as disparate as physics and fashion, with many having never coded a line in their life before joining the programme. In that context, Zool Redimensioned is something of a triumph – I encountered a single bug during my time with it, and even that was a consequence of me applying the infinite jumps option.

All in all, this represents a solid remaster and a confident debut from Sumo Digital Academy. It does what all good remasters do by looking like you remember the original game looking, while actually making a ton of graphical improvements. It controls pretty well, has an excellent soundtrack and adds some nice accessibility features. It’s just a shame that the game they’ve remastered doesn’t inspire a little more excitement.

I’d still love to know what conversations took place that led to “hey, we should remaster Zool”, but Zool Redimensioned does a pretty decent job of applying a fresh coat of paint, but in a way that remains very reverent to the source material. An excellent achievement from a group that only started programming 12 months ago. Unfortunately, the source material itself is the ultimate problem here – Zool was an average game back in 1992 and it’s little more than average here in 2021. A pleasant nostalgia trip, yes, but sadly it’s offers nothing to compete with the best modern platformers.

Zool Redimensioned is available on PC through Steam.