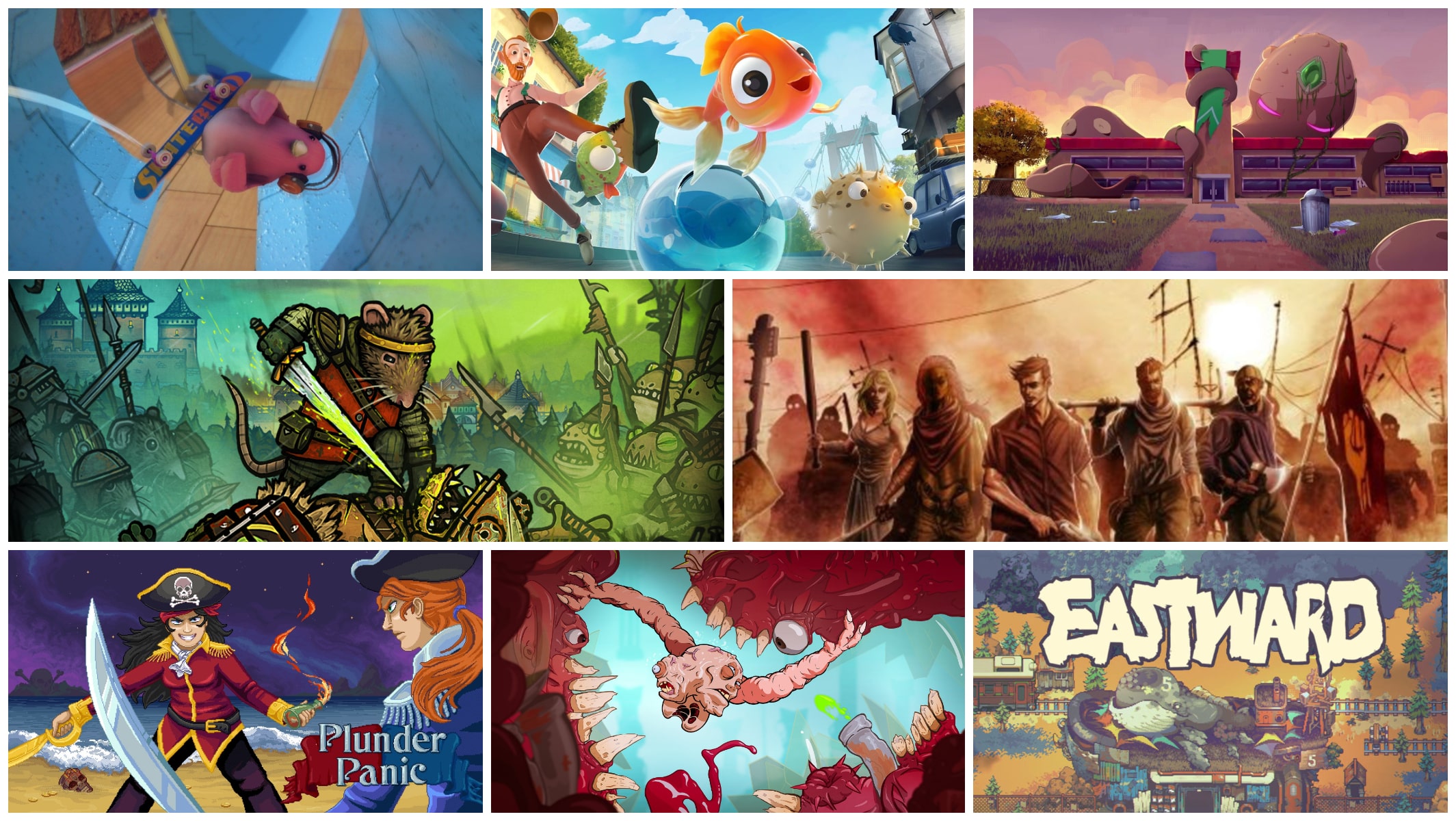 You know we’ve reach the video game silly season when I take a long list of indie games and only manage to whittle it down to 25 titles without it feeling like I’d made a massive omission. From skateboarding budgies to sugar glider survival epics, post-apocalyptic golfing expeditions to comedic fire fighting, the coming month has indie games for everyone, no matter your taste in games. Without further ado, lets dive into 25 of the most promising indie games to keep on your radar for September 2021.

The skateboarding genre is going through something of a renaissance right now. That being said, while everyone else is attempting to make realistic skateboarding games, Glassbottom games have been building something truly unique. SkateBIRD. It’s a bird on a skateboard riding around miniature obstacles made from everyday objects, which might be enough to entice you in anyway. The game features a narrative too, penned by one of my personal favourite developers Xalavier Nelson (Can Androids Pray, An Airport For Aliens Ran By Dogs) in which the tiny birb tries to change their human companions work/life balance so that they can play together more often. I managed to get some hands on time with SkateBIRD at EGX a few years ago (before the end times) and was suitably impressed with the way it handled. It’s not as forgiving as say THPS but not as publishing as the more realistic sims either. Look out for SkateBIRD when it launches on PC via Steam and consoles on September 16th.

I remember sitting outside of EGX a few years ago and getting a sneak peak at Tails of Iron, long before it even had a publisher. Despite the fact that I had spent most of the day playing a show floor packed with indie games, it was one of my favourite things from the whole weekend. Since then, Odd Bug Studio have been hard at work to finish their action RPG adventure featuring a rat named Redgi who’s on the perilous quest to reclaim his throne from a merciless frog clan. If the recent previous are anything to go by, Tails of Iron is shaping up to be one of the biggest surprise hits of the year. ScreenRant said “Tails of Iron looks to be a mighty addition to the 2D Soulslike library come September” for example. Make sure to check out Tails of Iron when it launches on September 17th for PC via Steam, Nintendo Switch, PlayStation 4, Xbox One, PlayStation 5, and Xbox Series X/S.

I Am Fish by Bossa Studios – Sept 16th

I think it’s fair to say that Bossa Studios are the undisputed champions of the irreverent simulator genre. Between the various iterations of Surgeon Simulator and I Am Bread, they really are at the top of this particular game. They’re continuing this reign with I Am Fish, an evolution of their baked-goods adventure series which is headed to far more watery territory. What I find most compelling about these titles is that while they make for hilarious content for YouTube stars/influencers, they’re equally as fun to play at home. That’s not something you can say often about physics based adventure sims. In I Am Fish, you play as a quartet of fish that are attempting to reunite in the ocean after being separated. Each aquatic adventurer has their own strengths and abilities that you’ll have to use to swim, fly, roll or chomp your way back to the big blue. It looks daft and fun and it’s hitting Xbox and PC on September 16th, 2021.

Struggling is a physics-based co-op platformer where up to two players control the arms of the fleshy lab experiment hero, Troy, as he sets out on an outrageous adventure. The art style to this game is nothing short of wild, combining elements of comedy and horror in an eye brow raising way that’s both funny and unsettling. The game is already available on Nintendo Switch and PC via Steam but it is making its way to Xbox and PS4 on September 8th with the help of Frontier Foundry, the games label of Frontier Developments. Got a pal who you can trust to be the left hand to your right? Recruit them on September 8th for Struggling.

Is there anything worse than a first day at a new school? You’ve got to find new friends, navigate unfamiliar hallways and use the time travelling powers given to you by a Kraken in order to root out a traitorous, malevolent mastermind in order to prevent the destruction of the school. Kraken Academy from Happy Broccolli Games (which I’m convinced is the best game development studio name in existence) is described as a “groundhog-day adventure inspired by 90s comedy anime” in which you’ve got to explore a time loop, powered by the titular Kraken, to learn more about the staff and students at a school in order to prevent a disaster. The concept is cool, the art style is ticking all the right boxes if you’re on the fence, there’s a demo for the game available right now up until the game’s launch date on Steam, September 10th.

Building upon (or should that be below?) the foundations of the 2016 original, Sheltered 2 puts players in a post-apocalyptic landscape and tasks them to survive the horrors that await there by fashioning a life for yourself in a bunker. You’ll be scrounging for resources, rationing out water, battening down the hatches during dust storms and dealing with other factions and hopefully trading with them. Sheltered 2 features revamped combat systems and new factions mechanics for deeper strategic gameplay, a new 3D art style, and punishing survival challenges spread out across the devastated surface of the Earth. If you liked the original game, or you’re looking for a different type of survival game and missed the first title, make sure to give Sheltered 2 a look when it launches onto PC via Steam on September 21st, 2021.

Eastward is a single-player pixel art RPG influenced by 90’s Japanese animation and gaming classics Mother and The Legend of Zelda. It’s set in the near-future after a deadly toxic presence has spread across the land meaning that he human population is at an all-time low. You play as a duo, John and Sam, as they set out on an emotional journey across a world falling to ruin, full of quirky characters, puzzles to solve and dungeons to explore. The pixel art work here looks sublime and richly colourful which has the potential to be matched by a soundtrack composed by Joel Corelitz (that you might know from his work in The Unfinished Swan, Gorogoa and Death Stranding). Eastward will be available on PC, Mac and Nintendo Switch on the 16th of September.

Each and every time I see Plunder Panic, I get TowerFall vibes in all the best ways. A 6 v 6 pirate-themed multiplayer arcade title, the aim of the game is complete the victory condition with the help of your crew. There’s quite a massive amount of customisation options in this title – appropriately referred to as Modify-Arrs – which aims to keep game play fresh and competitive. If you don’t have 11 friends to play with, there’s AI team mates too. This game looks like a lot of chaotic fun with some pretty inventive modes that has already been recognised at a number of industry events including winning The Audience Choice Award at Indiecade. Plunder Panic releases on Steam in Early Access for PC on September 17th, 2021 — just in time for National Talk Like a Pirate Day on September 19th – and will also release on PlayStation 4/5, Xbox One, Xbox Series X|S, and Nintendo Switch in Q1 2022.