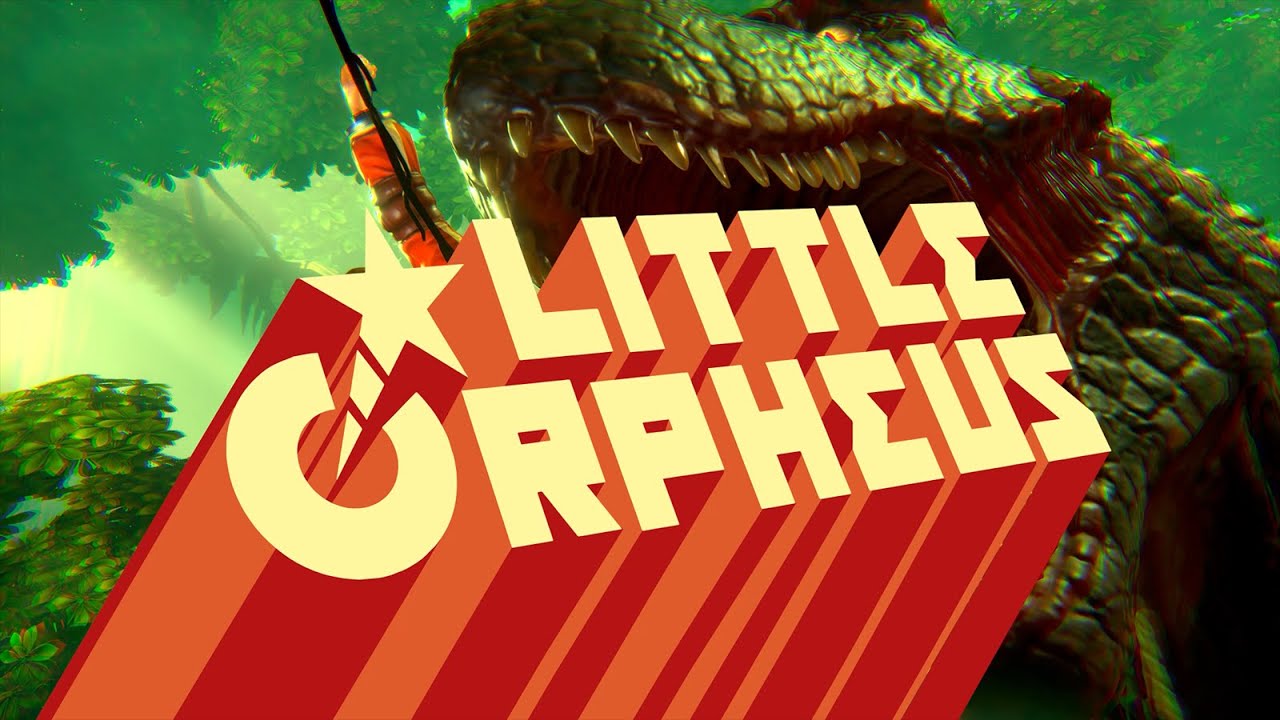 Let’s set the scene: we’re in 1962. A lot happens in 1962. We had the first James Bond film, the incomparable Marilyn Monroe passed away, and the US signalled to the Soviet Union they were firmly in a race to the Moon. Meanwhile according to the story of Little Orpheus, whilst world powers are racing to the Moon, a Soviet Cosmonaut is heading to the centre of the Earth.

Ivan Ivanovich (Yes, that is really his name) was selected for the exploration programme by the SSR. Despite managing to fail all of his exams, he boards a ship to enter the Earth’s crust in the hopes of finding somewhere to establish a city. You’re probably wondering what an earth a ‘Little Orpheus’ is. Well, it’s Ivan’s very own exploration capsule that is also home to an atomic bomb – a bomb which is now missing. After diving into an extinct volcano and vanishing, Ivan emerges three years later in a secret bunker, claiming to have saved the world. He needs to explain his disappearance, as well as the whereabouts of Little Orpheus and the bomb.

Where Is My Bomb?

The engaging, unique and interesting story is one of the reasons you absolutely must play Little Orpheus. The storytelling is packed full of humour. After the initial window dressing, you’ll find Ivan Ivanovich having to answer to General Yurkovoi, an individual who you wouldn’t want to bump into in the dark, but seems like a teddy bear at heart. His character reminds me of Zazu from the Lion King, if he was actually scary. The sarcasm and dry wit is written so well within his character that I much favoured listening to his reactions than to the bumbling characteristics of Ivan and his wild tales of what has happened to Little Orpheus.

Little Orpheus splits into two perspectives. The first is a black and white perspective when seeing the recollection of events that Ivan Ivanovich tells to General Yurkovoi in the bunker. The second is you, the player, living the adventure as the story unfolds. The unreliable narration becomes the conversation from the bunker and it is superbly written.

Little Orpheus is split into nine episodes, each made up of nine small sections of side-scrolling adventure that does not disrespect your time. I didn’t quite expect to be chased by a dinosaur within ten minutes of the game starting but there I was running for my little Serbian life. I was massively grabbed by my first impressions of the first episode. Everything is always changing and nothing is ever the same for more than five minutes. Going from calm exploration, taking in the beautiful crisp and vibrant art design to sneaky stealth moments, to running for your life, each chapter evolves quickly. I love how it snaps back to the bunker between episodes; It could have kept the voiceover work and lost nothing but adding in the extra scenes was the cherry on top to bring the story together.

An outro has been written for every episode of Little Orpheus as well as a theme song which blends into the intro. This makes you feel not only that are you playing a wonderful casual adventure game, but also watching the thickening of a plot unfold as if it’s your favourite daytime television series. The tongue in cheek outro’s are another example of the enjoyable writing within Little Orpheus as if you have to wait a whole week for the next episode. When in real time, you can just click to play the next episode which is good fun.

Every episode does follow the same formula, beginning from casual gameplay, to hidden stealth, to a crescendo of chase or escape of some kind. By the middle of the episodes you know what to expect eventually. I didn’t mind this as the creators of Little Orpheus have done so much creatively in this realm. From vast dense prehistoric jungles to frolicking on the pillowed foundations of a whales stomach, swinging vines then turning clocks and hiding out of sight from many the enemy, there’s a vast array of short, sharp adventures to be had here.

It has to be said that for a side-scrolling adventure game, this one is very accessible. Little Orpheus can be enjoyed by someone who has never played a side-scroller or adventure platformer in their life, but also keeps the more experienced gamer just as entertained. The puzzles involved are different in every episode but at no point should anyone struggle to complete them. At most, they will require moving something to get to a higher ledge, maneuvering big glowing orbs to achieve access to a new location, or turning a handle that moves a suspended part of your path. The platforming element is relatively straightforward and is nowhere near your Crash Bandicoot or Perils of Baking levels of challenge. Quick time events will occasionally appear around once an episode, but again consisting of just one button and nothing too complicated.

Our hapless hero Ivan is pretty placid so does more hiding than attacking . You don’t have to worry too much about losing lives. Just don’t get caught by the dinosaur, or the aliens, or really anyone else. If you do manage to catch a bad stroke of luck, don’t fear for you will not need to restart the episode as the game frequently autosaves at the beginning of any new component of the episode.

Each episode runs around 15-20 minutes of playtime. Some are longer for the story but as previously said it does not disrespect your time. There was never a moment where I felt “I am so bored of this area now, I need to move on”. The pace is perfect for the type of genre this is and the amount to do. Any longer and there could have been complaints of the game feeling like the episodes dragged. With the end of each episode, a new inventive narrative arc is introduced ready for the next one, keeping it fresh.

Little Orpheus was initially released Apple Arcade and usually it’s extremely easy to tell that a game is ‘made for android/IOS’ when it’s moved over to Consoles. Although this game has quite a basic structure to its gameplay, you don’t get the feeling this game wasn’t designed initially for console. The game handles very well and has transitioned excellently from mobile to controller input. It feels like there was so much love injected to the storytelling, the art, the visuals and the gameplay that really blossoms on a big screen compared to a phone screen.

The music is really fun and the instrumentals often intricately mirror the movements of the main protagonist. This always complements the pace of each game segment, striking great balances between calmer areas and the ones filled with adventure.

While Little Orpheus might sound short, you needn’t worry. After completing each episode, players can return to the episodes and collect orbs that have now been placed within each level. Once collected, the orbs will strike up a visual blueprint of the game, a sketch, or even some concept art. It acts almost like an audio headset in a museum of the game, enriching the story with more information than you would need but still really fun to absorb. Players will have more art to take in, or perhaps more commentary from Ivanovich about his time in that area. Players can also collect different costumes that can be worn to repeat the levels which adds to the replay-ability of a game that runs approximately 3 hours in total.

If that isn’t enough, Little Orpheus has a final prologue to wrap up the story that comes together in ways I won’t reveal here. Although Little Orpheus is not doing anything new for the genre, it’s a wonderful addition to the collection.

This is an easy recommendation to anyone who loves a unique and interesting story and yearns for a casual platforming experience. An adventure to be discovered by many. Little Orpheus has creativity, beautiful visuals and smart witty characterisation. With a run time of three hours split into nine small episodes, it certainly will not disrespect your time.