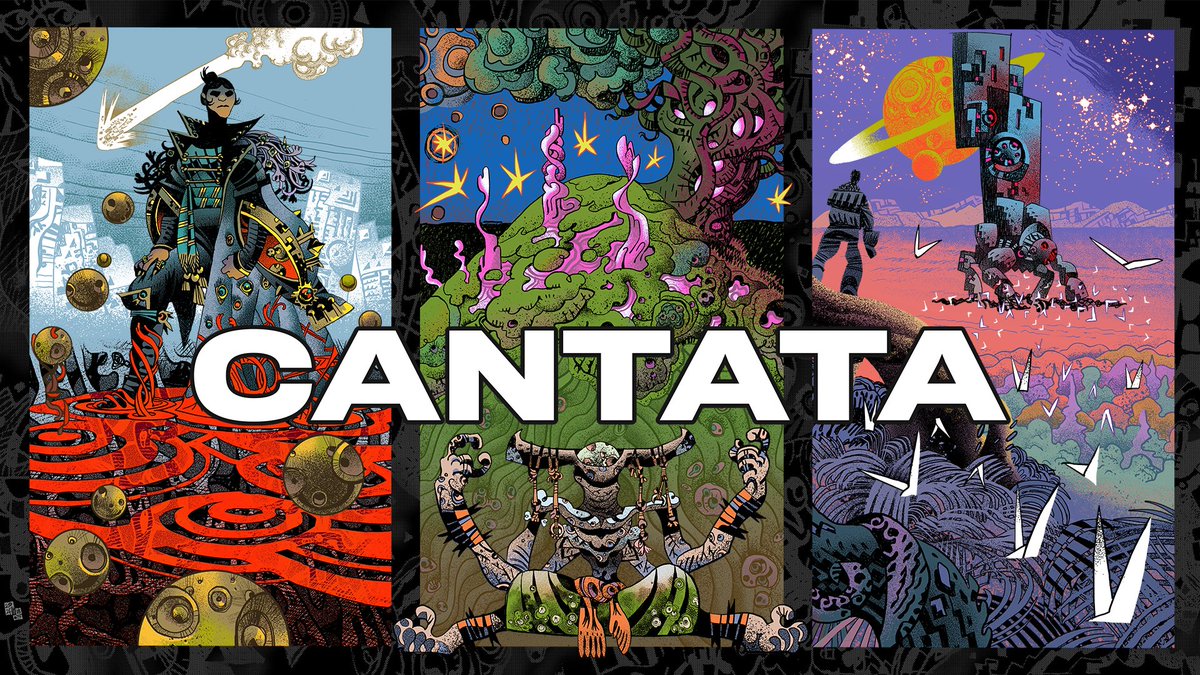 I think it’s fair to say that Modern Wolf are having a great showing at Gamescom. Joining their already announced games – cyberpunk RPG Mechajammer, platform-brawler Skeleton Crew and roguelite turn-based Out There: Oceans of Time – is Cantata, a promising character-driven tactical strategy game, which was just announced during IGN’s Gamescom showcase. This is the debut title from Afterschool Games.

In Cantata, you’ll play as one of the nine commanding officers from one of the three factions – the Machines, Humans or Aliens – that find themselves embroiled in a spiritual, pragmatic war for survival. As your chosen character, you’ll need to “everage your faction’s unique powers and abilities to slowly expand your hold on this alien world”. What’s interesting is that, rather than having a series of smaller missions to complete, Cantata will have one large campaign map for each commanding officer. This will likely lead to some interesting new strategy developments.

While the game is set to have “rich and complex story-driven goals”, players will also have the opportunity to jump into single or multiplayer conflicts that focus on the mechanics of battle. Upon launch, there’s to be a many modding opportunities available to players so that they can create their own inventive ways to play – as someone who spent far too many hours tinkering with Red Alert, this sounds quite exciting.

The old school strategy influences to Cantata are clear to see but it’s certainly an appealing mix with an art style that’s quite unique to the genre. According to the presskit, the developers have described the title in a number of different ways including “SimCity but you have units that attack” to “Civ meets Advance Wars”, a “3X” game and even “Advanced Advanced Wars”.

As announced during IGN’s Showcase at Gamescom, Cantata is available to wishlist now on Steam and has a demo to try. Modern Wolf’s other titles – Mechajammer, Skeleton Crew and Out There: Oceans of Time also have a limited time demo to play until September 1st.