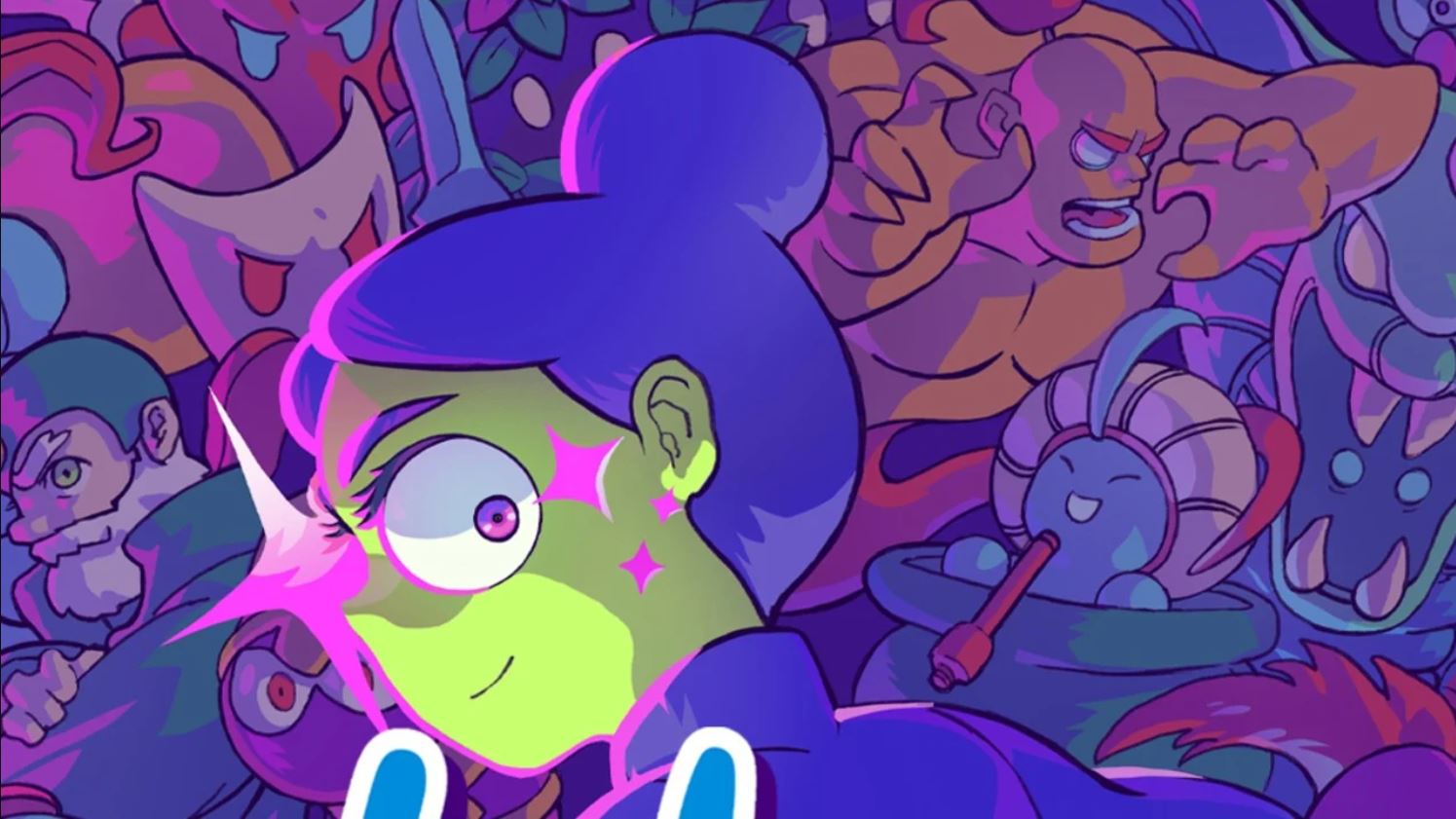 The Switch port of the popular ocular mobile game finally hits stores. Is Witcheye an eye-opener, or a bit short-sighted in its console ambitions? The Finger Guns review:

I can’t say, at any point of annoyance, I’ve ever considered throwing my eye at someone. Throwing whatever I’m holding at the time, yeah, that’s a given. But never has it crossed my mind to think, “God I’d so love to hit you with my eyeball”.

Whereas the witch Mabel, the titular Witcheye you play as, has other ideas. Robbed of her possessions, Mabel seeks to reclaim her goods in what can only be described as a fever dream of the old Atari Breakout game.

Well, in the loosest definition, as there are no paddles. Just a transmorphed witch, floating level to level under your guidance, bashing anything in her way. Yes, it’s as weird as it sounds. But is it fun? Let’s find out…

To be fair, I think I’ve given the plot away already. It’s not exactly Shyamalan levels of twist and intricacy going on here.

Senexis the wizard sends an adventurer out through deadly landscapes, fields of fire, ruins of cities and woodlands to the cave of the “evil witch” Mabel. Here, he must basically half inch all of her stuff and return to Senexis.

Mabel, having none of that, pursues the tin-plated tea leaf and chases after him, recovering her goods along the way. Not in the conventional platformer sense, though. As an eye.

Honestly, eye don’t know why. But yeah, the main tenet of gameplay is you are a perpetually floating eyeball, capable of smacking enemies into oblivion and collecting gems… somehow.

An Eye For Shiny Things

Gameplay is pretty simple, the only addition over the mobile version being the use of the Switch’s thumbsticks.

Witcheye gives you full autonomy of Mabel’s eye, as you bounce around levels taking out enemies, blocks and avoiding projectiles, spikes and other hazards along the way.

You have five blocks of health, and as to be expected, taking too many jabs to the eye will make Mabel lose her magic and have to restart the level. That’s the only real penalty, there’s no life system to it other than backtracking. Fortunately, you can recuperate hearts on the way, so each level isn’t so much a marathon.

Throughout each level, there are three green and a solitary blue gem to find. These are hidden in enemies, blocks or even just through hitting a certain nook or cranny with your investigative eyeball. I haven’t gotten to the stage of seeing what obtaining all of these does yet, but the OCD in me has me trying to collect as many as I can.

As you make your way through the game’s six stages, the reverse of how Senexis explains them at the introduction, you have to face a boss at the end of each area.

These foes offer a bit more in the way of tactic, as some have shields and pointy headwear that restrict certain angles of attack. Others, like the big fella above, require a bit of evasive maneuvering on your part before you can smack them back.

Once defeated, it’s off to the next zone! Honestly, it’s no different in terms of progression than Super Mario Bros. 3 or Yoshi’s Island, Witcheye is that simple. Upon level completion, you can progress straight to the next level, or go back to the world map to see what gems you’ve missed in previous levels.

Now, this is usually the point in the review where I start picking fault with a game, or highlighting something that really niggled at me like a loose tooth.

Yet, with Witcheye, I can’t really find any complaint. Doesn’t mean it’s going to appear in any Game of the Year lists either, but it’s just a fun little game. With an asking price of a couple of quid, it’s hardly to go to break the bank for what it offers.

Six differing worlds of bright, pixelated adventure and varying enemy types, with a colourful boss at the end of each one. It’s not a staggeringly difficult game, nor does it punish you for messing a level up. As a game for kids, it’s enough to keep them entertained. For adults, there’s the gem-hunting element to satiate the curious.

That’s… about it, really. It’s a neat little mobile game, ported to Switch and Steam but without sacrificing its looks or appeal (which isn’t hard to do with pixel art). It’s fun, it’ll pass the time on a commute or for the kids, with enough variety in level and boss design to not become stale.

A fun little take on an old concept, Witcheye’s tentative leap to bigger platforms is one to keep an eye out for.

Disclaimer: In order to complete this review we were provided with a review copy of the game. For our full review policy, please go here.