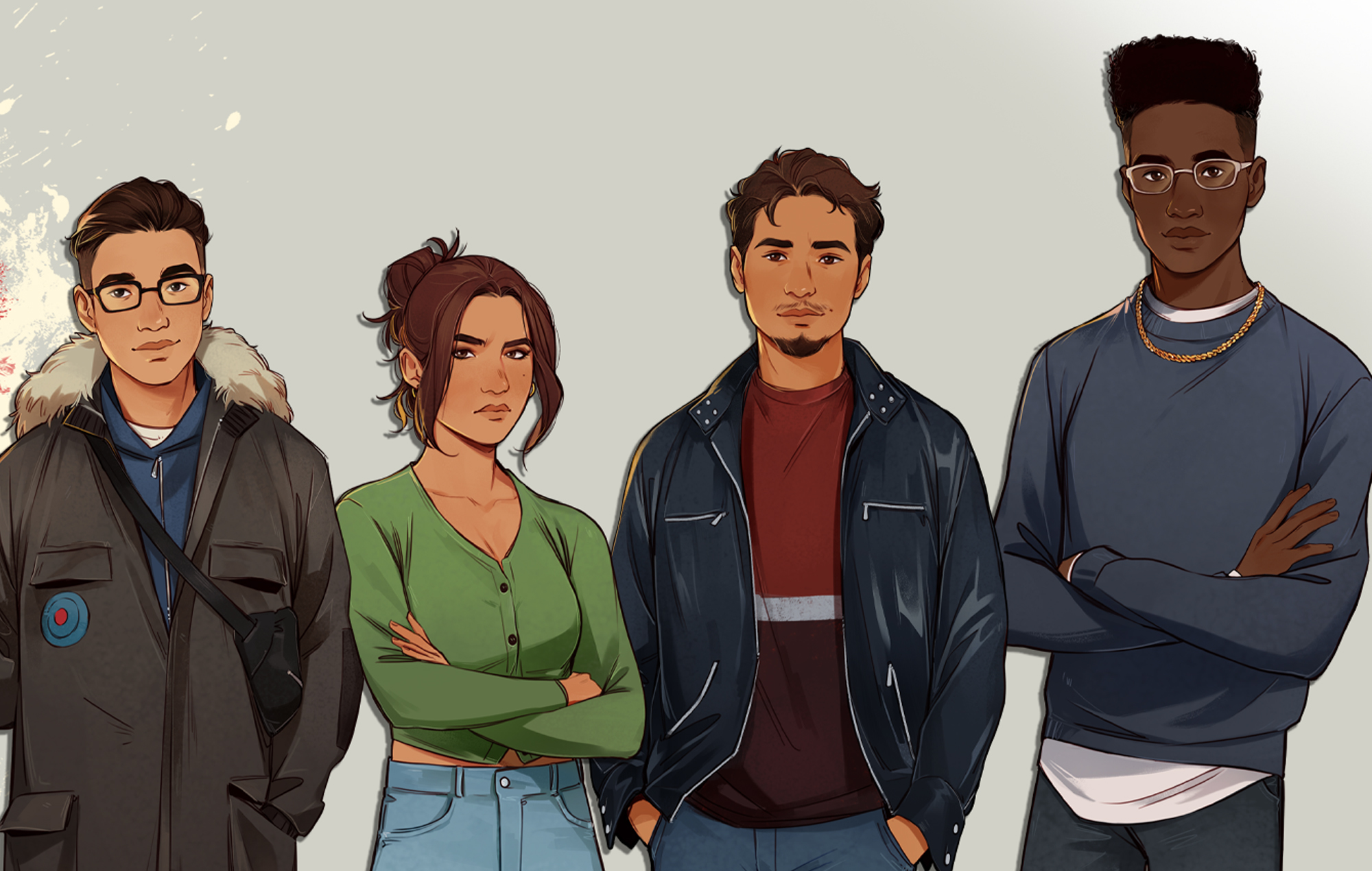 The American dream takes a nosedive in Not Tonight 2. The Finger Guns Review.

The American dream takes a nosedive in Not Tonight 2. The Finger Guns Review.

Ah, America. What a world you are. The original Not Tonight – in all its post-Brexit British Bleakness™ – feels like an episode of Balamory in comparison to the depths its sequel falls into, a mere slap on the wrist compared to a shotgun to the face.

And that’s saying something, because NT1 wasn’t exactly all sunshine and roses. The biggest appeal of that game was the bleakness, the stories it was telling through the simple act of playing a bouncer checking people in at a door of a pub. The story was told between these moments and in the background of the visuals, portraying London as a decaying wasteland, broken promises on display for all to see and a commentary on an extreme right-wing power ‘taking back control’. Its messages were clear and sound, controversial but always with its tongue firmly in its cheek.

Not Tonight 2 begins as it very much means to go on, with a chorus of minorities protesting outside a bar before one of them gets unjustly kidnapped and thrown into the back of a white van, only to end up at a correctional facility in Miami with no idea why he’s there. Your character is a close friend of the poor chap now locked up for seemingly no reason, it’s up to you to work your way across America to get his credentials and set him free.

That’s your primary mission, and you’ll do so by working the clubs and bars across the land of the ‘free’ to earn enough money to keep moving. It’s here the balancing act will tip you either way; you can look at Not Tonight 2 as pure satire, through the lens of a United States where it’s all fairly extreme despite its terrifying accuracy of a white-nationalist country where all the wrong people sit upon the thrones, or it’s a pastiche of the first Not Tonight, just flipped to recognise the fact that the UK and the USA aren’t all that different anymore, and these – admittedly ‘what if?’ scenarios – are hopefully fairly unlikely. Not Tonight 2 doesn’t feel like either, and doesn’t quite balance out the sadness of the original with the radical landscape it resides in.

Still, it’s surprising at least that the core gameplay mechanic doesn’t really get old, thanks to the core ‘Papers, Please’ loop has just enough about it to keep it somewhat interesting. As a bouncer on the door it’s up to you to check ID’s to let people into various types of venues across the US. You’ll check birthdays, expiry dates and if they clear the venue policy, they’re allowed in. The more legal people you get in the door in the allotted time, the more money you make which you can use to get closer to your Miami destination.

Like the first game, when you’re at ‘work’ it’s weirdly supposed to feel like a pain, but thankfully the variation across different venues makes it somewhat cathartic to just check ID’s, along with offering sauces for ramen, seizing contraband or, ine one that’s particularly enjoyable, kicking out anti-maskers of your queue attempting to get into a venue without one. It’s a shame I can’t beat them with a baseball bat but, well, that might just be a personal thing. Throughout there are various ways Panic Barn have upped the ante to make the ‘work’ not feel like such a chore, with a ‘musical tickets’ venue that requires you to partake in a mini rhythm game that was particularly fun.

Away from work you’ll progress through the game via an atlas along with keeping in touch with your friends who are helping you navigate and gather the intel you need to free your detained buddy. As you move from town to town your health and morale metres may take a beating and well, there’s not a whole lot you can do about it. Drop to zero on either of these and its game over. How can you keep them steady? There are a couple of options available and they’re so random it may make you want to put your fist through your computer screen. Stats can be replenished at the end of a chapter, but it’s the text boxes via your friends chats that are the most frustrating. You have choices you can use and if you pick the wrong ones your health can take a hit. That’s just bullshit and yes it has lead to game over screens for me which is so bizarrely dumbfounded. The end of chapter replenishment is a fairly solid way to keep moving, but there’s no real way of knowing which dialogue choice is going to hit your health, so it’s complete luck and absolutely nonsensical.

One of the benefits of course of moving Not Tonight from the crappy streets of a crappy London town to the entire breadth of America is the sheer variety of locales you’ll find yourself working in and exploring when you’re not checking identifications and whatnot. New York is basically underwater after a climate disaster which was routinely ignored by those in charge – shocking, I know – Mount Rushmore has now been replaced by wizards thanks to a Renaissance Fair that’s taken up permanent residency there. LA’s air is unbreathable and there’s a ‘pandemic’ raging in middle America, making certain states completely void of human life. It’s an America absolutely and completely wasted, treating its non-white residents as cattle to be herded and damn I wish I could have explored it a little more. There’s an entire America on its knees in Not Tonight 2 and the very nature of the game means we only see a very small aspect of it throughout. I really wanted to explore and that’s probably a testament to Panic Barn for creating a dystopia so rich in story, told through its visuals and those you meet along the way. There’s so much more to see and whilst this is obviously not the fault of the game, but if a Not Tonight 3 ever rolls around, I do hope I can be let off my leash to see the hellish world for myself.

But there’s a somewhat skewed focus here. Sure, it’s bleak and miserable and certain segments are a tad uncomfortable to sit through, as they should be, but there’s a parable that is at odds with itself. As mentioned above, the balance of satire and silliness is where Not Tonight 2 loses its grip on its commentary. The aforementioned Renaissance Fair at Mount Rushmore asks more questions than it answers, and offering ramen to visitors in a club with  musical venue tickets in a world where the joy seems particularly non-existence was tonally jarring. Why isn’t the game angrier with the real world? Yes, this is a ‘political’ game, the promo material and publisher – the glorious No More Robots – have made this abundantly clear but, is it? The elements when bound together feel more like an America that’s headed by The Joker rather than right-wing extremists. America is a country where a militant group raided innocent peoples homes and ripped fathers and mothers away from their damn families and detained them. We get a glimpse of this in Not Tonight 2 but it really feels like America has just decided to party instead, burying its head in the sand.

I was hoping, after the far too close to home darkness of the original, America was gonna get it and get it hard. Instead there are wizards at Mount Rushmore.

Not Tonight 2 takes the pain and misery of a post-Brexit world into an America on its knees. It’s bolder than its original and provides terrific alternate ways to enjoy its fairly generic core mechanic, but it’s nowhere near as ‘political’ as it thinks it is. Turning America into Arkham City isn’t satire, and fans of the original may feel a little disappointed it doesn’t hit as hard as it promised it would.

Not Tonight 2 is out now on PC via Steam.