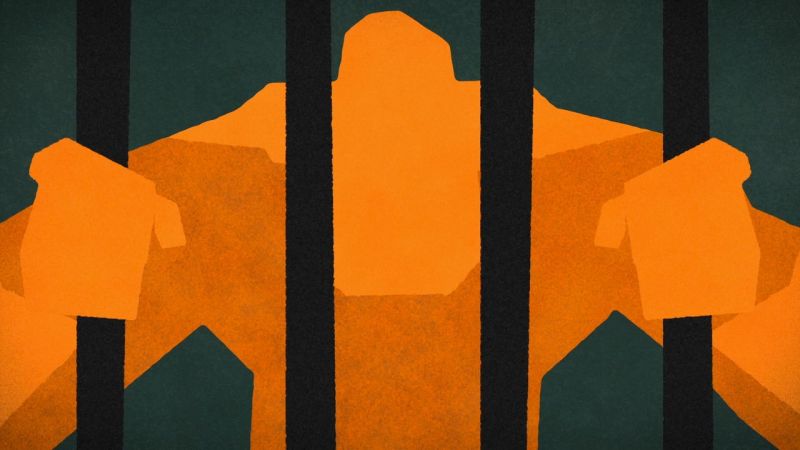 APE OUT is hysterical, ridiculous, hyper violent and the most fun you can have with your hands on a gorilla. The Finger Guns Review;

Smashing right out of the gate, Ape Out is an electrifyingly good procedurally generated brawler, tasking you as a big-ass ape to escape a compound with nothing but the skulls of your enemies piled up behind you. The premise is simple enough and the game drops you in with a couple of button prompts before letting you raise absolute hell in the name of rising up against the captivity of animals. At least, that’s what I took from it.

The controls are delightfully simple, placing your attacks and grabs on the triggers. Your almighty fists allow you to cause maximum deathness with a single swipe, while grabbing allows you to use your foes as human shields by either throwing them or using their gun against your enemies. You are vastly outnumbered throughout and whilst you’ll go down in less than three hits (even less if you’re near an enemy with a bomb strapped to its damn chest) you have enough speed and strength to ensure it’s about as fair a fight as you can imagine a single gorilla versus endless humans with weapons to be.

It isn’t just utterly glorious. From the split second I had control of the mighty gorilla I felt like a monster, tearing through humans without a second thought. I would throw them against the wall and watch their bodies turn into red paint, the pick up their lifeless limbs to throw at their comrades. I could pick up the legs of the person I just killed and throw them around, or I could just punch them in as well and cause a bigger work of bloody art up to the ceiling. I could pick up enemies and use them as bowling balls, throwing them directly into the goons with bombs strapped to their chests and watch them explode, bashing through survivors, only fortunate enough to live for an extra few precious seconds before I crushed them between my fingers. The entire time I had the weirdest grin on my face. I couldn’t believe how ridiculous it all felt, I would howl with laughter at the absurd levels of violence that I wasn’t expecting to be so utterly graphic. Your strength is a power, at times forcing enemies back in tight corridors as you carry a door you’ve just ripped off its hinges as a shield.

Despite the utterly barbaric assault on these poor guys just doing their jobs mind, beneath lies a strategic element. Whilst your best asset is your pure aggression, moving through the compound, broken up into individual levels, requires stealth and in some cases, patience. Enemies are powerful and as mentioned above, can take you out quickly, so you’ll need to move efficiently. Being able to sneak around corners is a huge plus, I found myself wanting to get the guards attention so they’d walk over to me in certain moments, allowing you to take them out in an area you know is clear, forcing them to come straight to you.

Enemies have access to a variety of weaponry, from machine guns to flamethrowers and the aforementioned bombs which you’ll come across fairly early in the game. It may be surprising at first that stealth is the order of the day in certain locales, but it’s critical if you want to make it to next corridor to begin the next level. Your movement has to become far more complex, and I certainly wasn’t expecting to worry so much about stealthily moving my way around, despite being glad it’s there. It’s fair to say I was curious as I was moving through the early stages if it was just a full-on rage fest which, to be fair, I would have been fully on board with but I’m delighted that the included mechanics offer a depth that, on the surface, Ape Out may not appear to feature.

This is obviously a natural extension of the stealth mechanics, but with each level being procedurally generated, you’ll never really be able to plan a route from one side to the other. There’s no real way of knowing what’s around each corner until you have a quick peek, and then it’s up to you if you want to engage with all the fury and rage your gorilla is capable of, or to sneak around the level and find a calmer way to escape the compound. There were certain levels I mixed it up a bit, the option is always there to just mow everyone down in a single bout if you choose to, but certain levels (particularly the blackout levels, forcing the guards to put on flashlights which you need to avoid the gaze of as you navigate) require a more measured approach. Fortunately, there are so many levels to get through you’ll always have the opportunity to mix it up. And learn how to avoid flamethrowers. Yeesh.

Visually, as you can see from the screenshots, Ape Out stands out as a truly beautiful game. The top down, minimalist visuals pop so vividly off the screen. The use of colour is brutal, the reds explode in a sea of bloody bloodness and using the colour of your gorilla as blood to make you aware that you’ve been hit, following you around the room, expanding around you if you stand still. The games presentation blends perfectly with the hyper madness of the gameplay. The music a jungle-jazz mix that, bizarrely, compliments the game somewhat perfectly, generated as you move through each level based on your actions. A smash of cymbals when you crush a guard into a few hundred pieces is never not satisfying.

The subtitle of this review is ‘The greatest game ever made. Probably’. As I write this all I want to do is go back and play Ape Out. The levels are short bursts of adrenaline that becomes addictive, knowing you can do a level better a second time if you have another go, forgetting that the procedural nature of it all will mean it’s a worthless endeavour.

What didn’t I like about it? Well, the initial loading screen is a bit long. Yah that’s all I’ve got.

Ape Out is available now on Nintendo Switch (reviewed) and PC.

Disclaimer: In order to complete this review we were provided with a promotional copy from the publisher. For our full review policy please go here.

If you’ve enjoyed this article or any more of our content please consider supporting our Patreon.