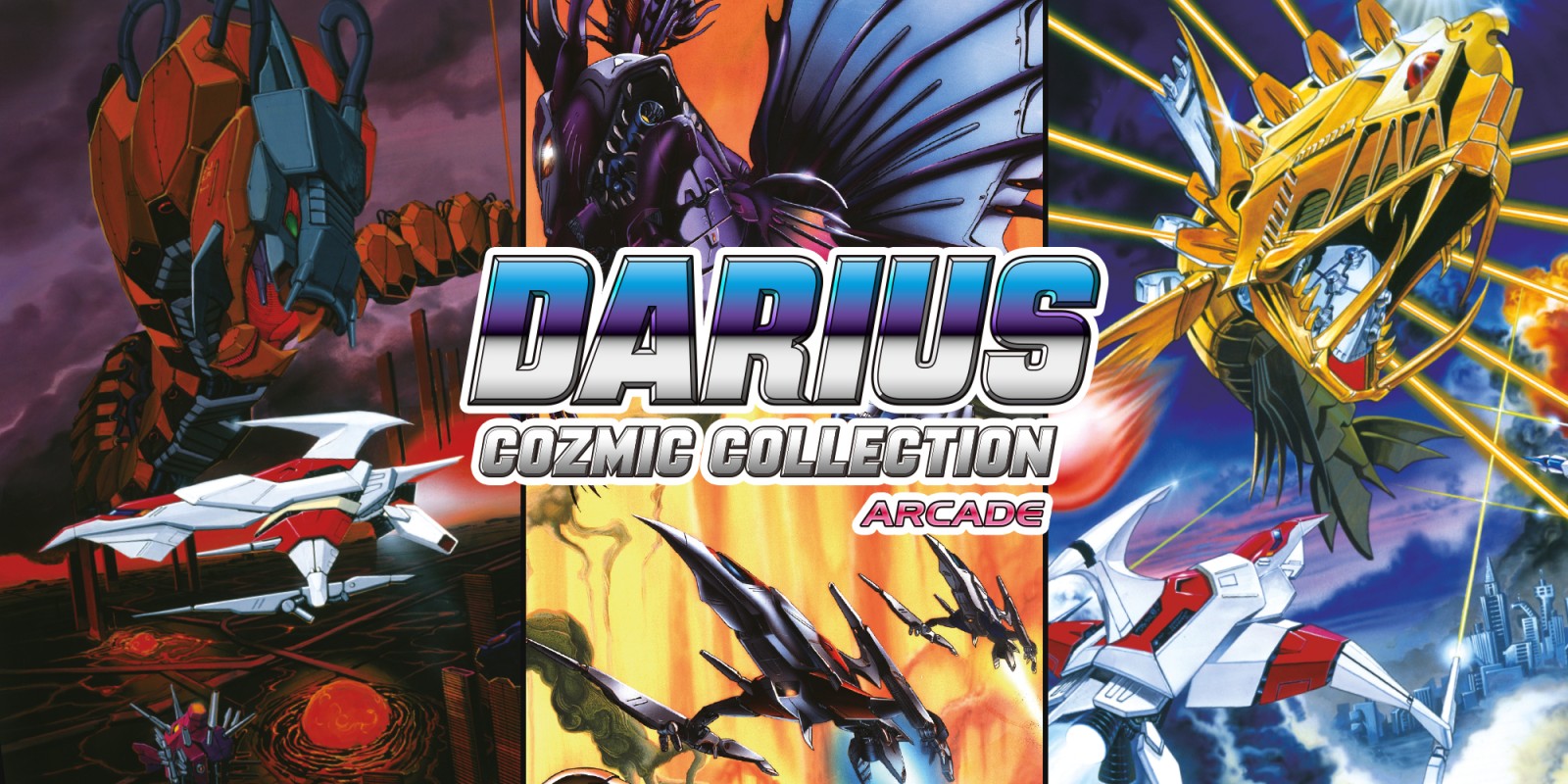 How does this sound - Nine games in one tidy package? That’s right, you heard! Nine games. If you’re an old school shooter fan, should you be getting giddy with excitement at the prospect of the Darius Cozmic Collection Console? Find out in the Finger Guns review.

Allow me to take you back to a time when the only thing I had to worry about was how many shiny 10 pence pieces I could get my hands on in order to get my R-Type fix. Back in the 8 and 16-bit era there were plenty of shooters to choose from – the aforementioned R-Type from Irem, Konami’s Gradius, Sega’s Thunderforce and perhaps less know in the west, Taito’s Darius. Of course, you also had the one-offs which happen to be my favourites. Super Aleste and Axley that were both on the available on the SNES.

The shoot-em-up genre was the staple diet for gamers in the 90’s but the once prominent genre has since died out with just the odd big budget shoot-’em-up appearing amongst the influx of First Person Shooters and grand open-world games. So it was with delight that we were handed a review code for Darius: Cozmic collection featuring a total of nine games. But don’t get too excited, because more is not necessarily better.

Darius II, for example, is featured three times – The Japanese Mega Drive version, the Western Mega Drive version and the Master System version (a nice rare addition despite frame rate issues). Darius Twin is there twice, the SNES and Famicom versions, as is Darius Force, and then two remakes of the original Darius games which were released on the PC Engine in Japan. The full list of games is as follows;

As you can see you do get a lot of game for your buck, but essentially it boils down to just four games. Darius Plus, Darius II, Darius Twin and Darius Force. Is this collection worth the steep asking price? Well I guess that depends if you’re a fan of piscine based shooters.

As games go, all the them are really simple to grasp. Equipped with a shoot and a bomb button at your disposal, you go forth and wipe out entire galaxies of glowing blob firing alien fish. The good news is that all games are responsive and easy to play. These are not bullet hell games. Instead of doing your best to avoid laser death, the Darius games are more about the accurate shooting. However no matter the game you play they are all essentially the same. Fly from left to right and shoot aliens who increase in difficulty the further you progress. There are of course power-ups to help you defeat the foes that come at you thick and fast from both the front and from behind. It really is a case of once you’ve played one or two, you really have played them all. Barring the odd highlight like multiplayer on Darius Twin of course.

But what makes the Darius games stand out is the non-linear nature of the games? Once you have defeated the end of level fishy boss, you’re presented with a multiple choice of what level to tackle next. This in turn gives the game plenty of replayability. Considering how hard these games are though, it’s debatable if you’ll want to come back to them at all.

There is however a lifeline. As with most modern retro collections you can make use of save states, and tweak parameters to suite your play style or in my case the amount of lives of on offer. Plus, you have the games built-in difficulty options and control re-maps. There is something here that will  suit your style of play no matter your experience with Darius.

Darius Cozmic Collection Console is an expensive collection. Coming in at around £50 on the PSN Store, it’s a hard pill to swallow, especially as there is no additional content. It’s sorely missing a museum feature or sound player that other collections like this have included. The menus are bland and the backdrop surrounding the game’s are even worse. This could have been a proper tribute to a much-loved game series. Unfortunately it just seems like a lazy collection, released ‘just because’, rather than though love. Considering the prices rare Darius games fetch on eBay, this could be considered good value for some – but not me.

This is a niche title, to say the least. If I walked up to you in the street and shouted SAGAIA! at you, then rather than punch my nose off you started to swoon, this is a game for you. It’s a title that will bring joy to the people it needs to bring joy to. The games themselves are very straightforward and offer nothing extra for the pretty high price tag. Inexplicably the PSP exclusive version Darius Burst is missing, which seems odd for a collection that is available on a Sony console.

I think Taito and M2 would have been better off remaking the original game which is arguably still the best and having some of the other titles as unlockable rewards. Streets of Rage 4 nailed it and should be a template for releasing jazzed up version of old but beloved games. There is nothing essentially wrong with these games though. Darius Games are regarded by some as the best shooters ever made, but do you really want to pay nearly £50 to play the same game nine times?

That’s a lot to ask even the most avid fan.