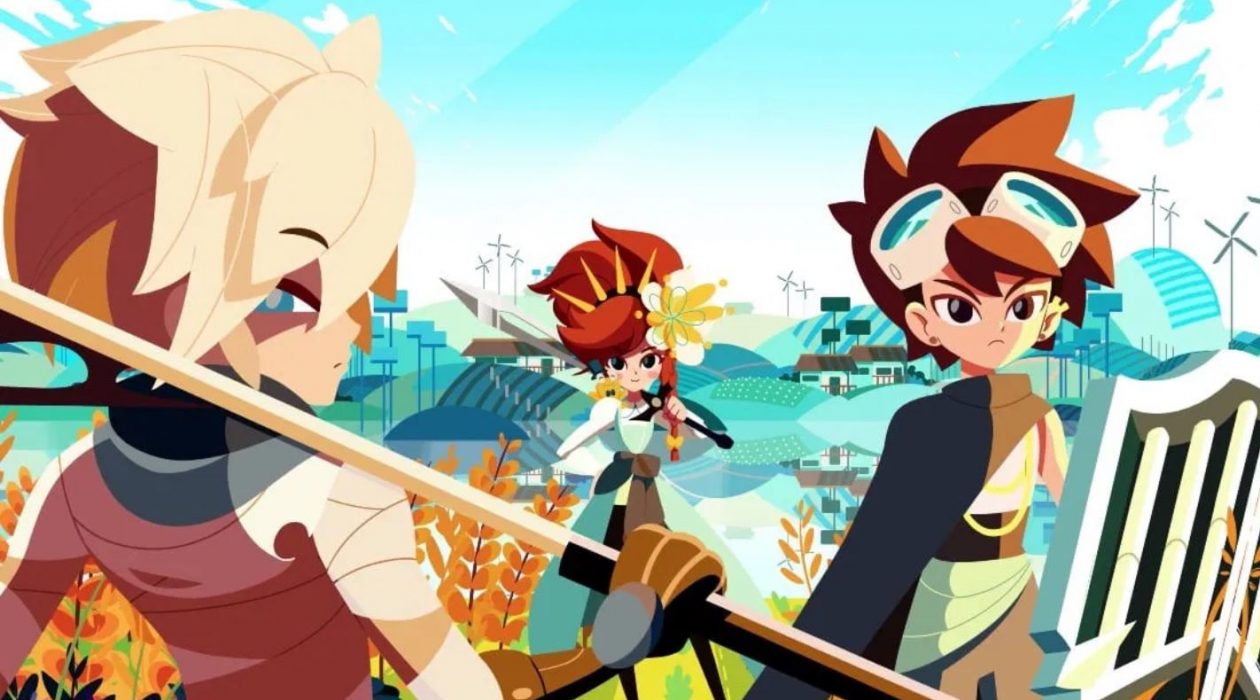 A further ten top indie titles you need to be aware of, all nicely collected for your ease of viewing in no particular order.

So Part 3. We’re here already. This is because the Steam Summer Game Festival just began, filled with content, stacked with demos and bursting at the seams with cool games. Seriously, there are more games in this one than probably all the others combined, but of course a lot have already been unveiled in the past week or so. What Steam Game Festival is all about is demos – you’ve seen the game, you’ve dribbled over it, now try it out.

Every game on this part three list has a demo on Steam right now, and shout out for demos now suddenly available for games mentioned in part one and two: Haven, Gestalt: Steam and Cinder, KeyWe, Undungeon, Eldest Souls, Raji.

We start with the haunting pixelart horror of Inmost, from Chucklefish and Hidden Layer Games. Three dark interconnected stories played out across a 2D platformer, full of cinematic music, freakish ghouls, and epic lightning effects. A knight adventures into the depths of a deteriorating castle, a child uncovers the past of a haunted house, and a wanderer searches for answers.

If the trailer below doesn’t freak you out, maybe try to last through the demo available for the next week on Steam. Inmost is coming to Steam and Switch in 2020.

Kaze and the Wild Masks from Soedesco and Vox Games is a wonderful tribute to old school platformers of the Sonic and Mario variety. I played the demo on Steam and its a silky smooth Rayman-type with gorgeous animations, and all the gem-collecting, bonus stages and slick level selection you could want, all lovingly done in glorious pixels. We also covered the game in a little more detail a few weeks ago.

Any fan of retro platformers owes it to themselves to get on Steam and have a go while the demo is still around. Kaze and the Wild Masks is coming to Steam and Switch in 2020, but no specific release date yet.

Talk about a comeback, the first Windjammers came out on the Neo Geo in 1994! Now, only 26 years later, Windjammers 2 has a demo on Steam and it’s glorious arcade sports perfection. The only game I can think of to feature competitive frisbee, Windjammers plays like the air-hockey table down at Hollywood Bowl has been gamified, given a hundred slick power-ups and the sound effects of the gods.

Windjammers 2 is coming to Steam (demo here) and Switch before the end of the year.

Cris Tales just might be the most beautifully-designed indie on course for a 2020 release. Taking inspiration from the classic JRPGs of the last century, and combining them with wonderful 2D animation that looks like a living cartoon, Cris Tales is the story of Crisbell, a young girl living at an orphanage, who one day discovers she can wield a time crystal. Turn-based battles, time mechanics, and more style than Persona 5 put this one at the top of my wishlist!

You can now play the demo that we tried a few weeks ago – check out our more in-depth write-up. Cris Tales is slated for release November 17th on Steam, Switch, PS5, XSX and even Stadia.

I’m not usually one for sports games, but Super Buckyball Tournament does not look like your average Fifa or Madden sim. This is the kind of sport sim I can get behind. Characters that look like Apex Legends and Overwatch, gameplay like a human Rocket League, and the kind of insane ability-based competition that can only come from something called Buckyball.

The demo is now available on Steam, and SBT is coming to PS4, Xbox One and Switch this year.

A cozy management game about dying. That’s how developer Thunder Lotus describes the wonderful looking Spiritfarer. We got a chance to play the demo a few weeks back and it’s poignant, it’s different and it’s super cute. In Spiritfarer you play as Stella, a ferry master in charge of micromanaging her Anthro guest’s needs while they are on her ferry taking their final voyage to the afterlife. It’s much nicer than the river Styx though – you get to give them all hugs!

Spiritfarer is coming to PS4, XBX1, Switch, Steam, Mac and Linux at some point later in 2020, but no release date confirmed yet. You can try it out for yourself now with the demo.

Another that’s really different. Lazr describes itself as a Clothformer, utilizing a very cool-looking physics-based fabric destruction in a lightning-fast platformer and shooter. You play as pink-onesie-clad killer android Lazr, and face off against rogue AI and mega-corporations across a neon-splashed city, in an adventure with a surprising amount of depth.

Lazr is tearing up Steam in a demo available right now, and comes to Steam in full before the end of the year.

If you’re sensing a theme here, its that there’s demos galore on Steam and I have spent most of the last day playing ’em. Backbone is a film-noir anthro detective adventure where you play as raccoon private eye Howard Lotor. In the demo prologue you are on the case of a cheating otter, which leads you through a diverse cast of anthro character interrogations, collecting evidence, and choosing which leads to follow. It’s close to a point-and-click but also features stealth gameplay, and extensive branching dialogue options. This one has atmosphere pouring off it.

Backbone starred in our feature about the rise of Anthropomorphic games, check it out here, and is out in 2021 on Steam, PS4, Xbox One, and Switch.

So this one appeared on Kickstarter two years back, and PC Gaming Show last year, but now its got a demo. One of my old favourite management games from way back was Startopia – you ran a spaceport and could hire aliens to run it. Starmancer is giving me all the vibes of that game, only in a slick modern package. You are a powerful A.I. tasked with building a bustling isometric spaceport, secret laboratory, or ethically ambiguous human farm. Grow humans in vats for the minds you have in back-up. It’s Stardew Valley in space. Alright, no, its really not, but I’m here for it.

Check out the demo on Steam. Starmancer is coming to Steam but no release date yet.

I like detective tales clearly. Chinatown Detective Agency is a retro pixelart cybernoir point and click adventure that has you managing your detective agency and solving cases as you unravel a global conspiracy. You can try the demo on Steam. It’s different because it requires you to do real-world research using Google, the library, and pen and paper code-breaking, which I haven’t had to do in a game for twenty years. It also had me booking my own flights around the world.

Chinatown Detective Agency is coming to Steam in early 2021.

I hope you enjoyed Part 3, but there were hundreds more demos and indies announced over the last week or so. If you missed them check out Part One and Two.