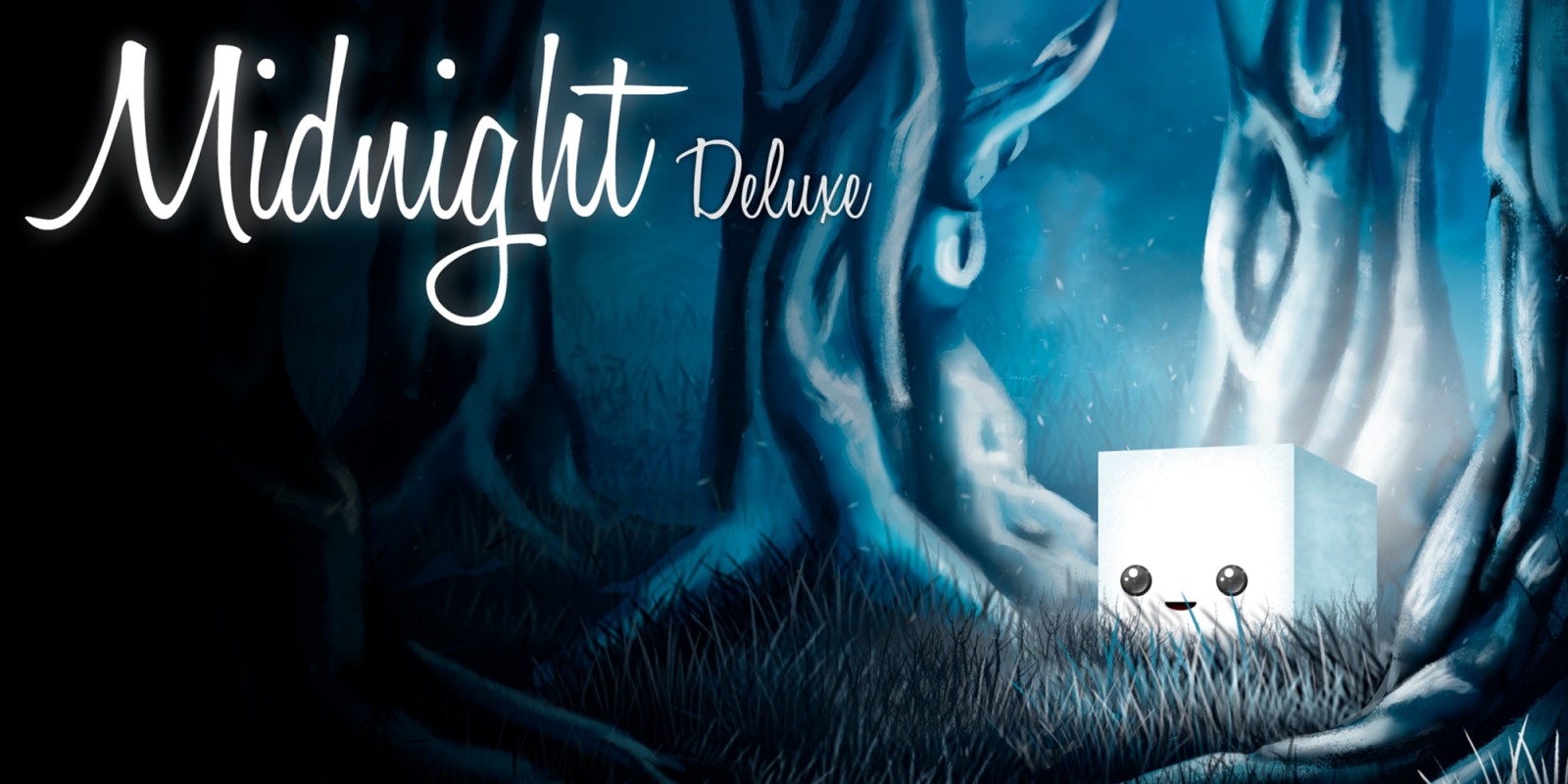 The smiley glowing box is back and has swapped platforming for golf for Midnight Deluxe. The Finger Guns Review;

The smiley glowing box is back and has swapped platforming for golf for Midnight Deluxe. The Finger Guns Review;

I think it’s fair to say that I didn’t enjoy 36 Fragments of Midnight, the last title from Petite Games. I described the short procedurally generated platformer as “bland and thoroughly uninteresting” which “fails to give players any real impetus to dive back in once you’ve completed it once” which can take just 10 minutes. I was surprised then, to see that the little glowing box of a character Midnight back for another game in the shape of “Midnight Deluxe”. What a difference a game type change makes…

In Midnight Deluxe you play as the glowing box of Midnight once again but this time, instead of being a platformer, it’s a golf-adjacent game akin to Desert Golfing. Set across 70 pre-designed levels, the aim is to propel Midnight in to the glowing hole situated somewhere on screen. To do so, you point the Dualshock 4 thumbstick in the direction you want to go, with the force of the stick indicating the power on the shot. Push the thumb stick down to the plastic rim and you’ll propel midnight at the maximum pace. Direct the thumb stick only mildly in a direction and the movement is smaller. There’s a helpful cone that appears outwards from Midnight which displays in which direction and how powerful the movement will be. Once you’re happy, you press X and Midnight is flung through the air in that direction. The game allows you to take as many shots as you need to reach the target so long as you don’t leave the screen or fall foul of the numerous dangers in your way and you’re graded on a three star scale depending on how many shots you’ve taken. The star rating doesn’t bar progress like it does it other similar games which is a nice touch but it does encourage you to do better – when you take two shots to complete a level and you see that it’s possible in one, this drives you to figure out how to get that hole in one.

Reusing all of the assets from 36 Fragments of Midnight, Deluxe fills each of its levels with obstacles and dangers to overcome. Some levels simply challenge you to get from A to B. Others have spinning saw blades lining the floor which will send you back to the starting position should you hit them. There’s one with a timed laser grid which requires millimetre precise moments to get through. Some levels need to be completed quickly before something blocks the only entry into a goal. Each of the game’s 70 levels throws something a little different at you as they get progressively more difficult. There’s the occasional and irritating difficulty spike here and there but none that are insurmountable.

There’s a lovely feel of precision to Midnight Deluxe. The movement of the boxy titular character is anything but natural with its own brand of physics at play. Midnight will glide along some platforms, disobeying the laws of forces that would normally govern a box but this all lends to the needs for accuracy and practice. Some of the 70 levels in this game seem impossible at first until you really get to grips with how Midnight moves, almost self-righting itself to stay level and square.

Because Midnight Deluxe isn’t procedurally generated, Petite Games have managed to give the environments much more personality this time around. The game still has a dark and moody aesthetic but there’s more detail to the landscape with silhouettes of small plants sprouting from the ground and bobbing in the wind. Sure, it’s not the pretties of games but it does what it does well. As Midnight glows, he lights up the area with his shine as he propels through the air. There’s some nice touches to the game as well, like a smile appearing on the faces of the Star Trek tribble-esque friends you can bump into on some levels. There’s an occasional level which looks cobbled together, especially when there’s multiple layers of the same texture stacked on top of one another, but it’s far less offensive than some other games that do this.

The brooding atmosphere is helped enormously by the inclusion of an slow and soft piano soundtrack that complements the “game feel”. Some of the gentle piano chords are incredibly relaxing but I do wish that the soundtrack didn’t reset each time you died or you restart the level. For some of the levels that are filled with dangers, you hardly get through 3 notes before the track restarts because you died.

Midnight Deluxe is a very good example of a developer taking elements of a game that already exists and reworking them into something much better than the original. Almost everything you see on screen will look familiar to those who’ve played 36 Fragments of Midnight but it hardly matters when the game play is so utterly divorced from its predecessor. This is an atmospheric, relaxing and surprisingly enjoyable game about shooting a box into a hole.

Disclaimer: In order to complete this review, we purchased a copy of the game. To find out more, please see our review policy.