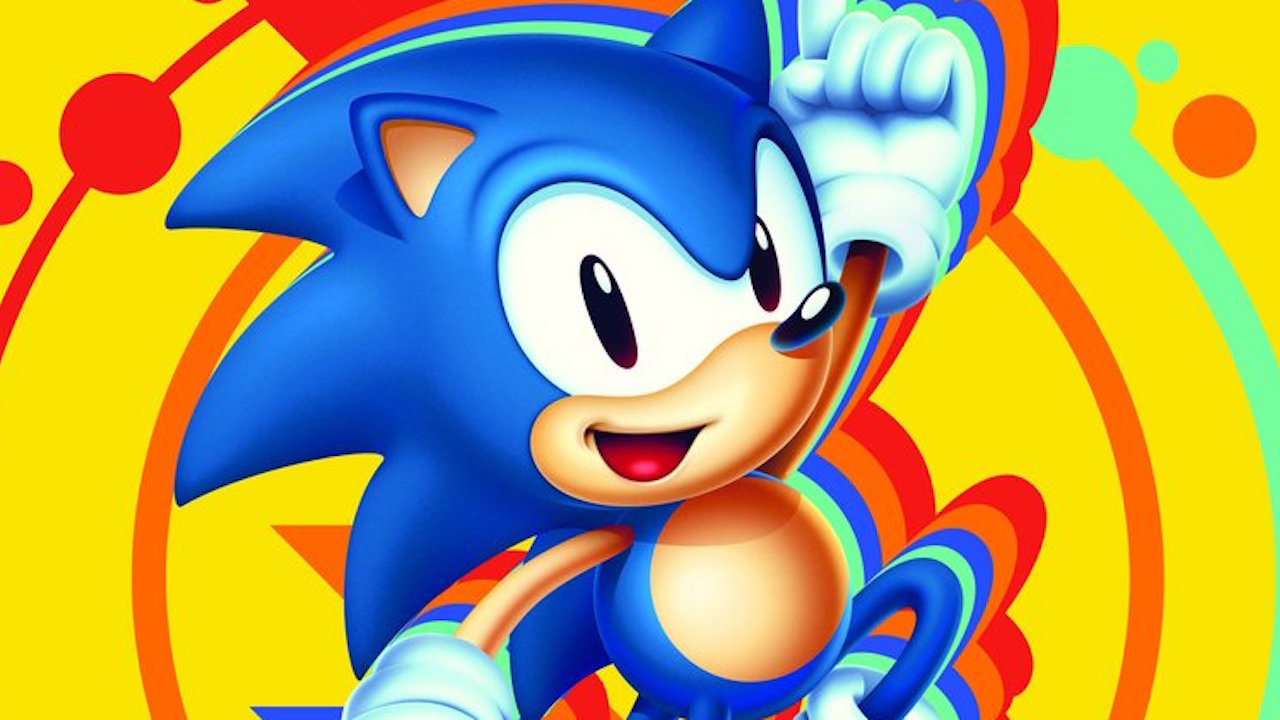 Sonic Mania has been probably my most anticipated game since it’s reveal in July of 2016. On paper, everything seemed like it was moving in the right direction. Sonic as a character had become a bit of a punchline, and as a Sonic veteran, this made me sad. It was heartbreaking to see my favourite mascot consistently put in games that were not worthy of his name. For whatever reason, the move to 3D had stifled and bemused his developers, seemingly unaware of what to do with him, the exact opposite happening to Mario also lost me bragging rights on the playground.

Sure, there were flowers growing from the ever sinking mud of 3D Sonic games. Generations and Colors very nearly started a trend of games that I still consider ‘quite-to-very’ good, sadly it didn’t last long. After the utter abomination that was Sonic Boom, it seemed that all hope was lost for my ultimate childhood gaming hero.

(Shout out to the LEGO Dimensions Sonic content, which was perhaps the best Sonic had been in years)

And yet here we are, back where it all began with a brand new 2D Sonic game and, if you’ll excuse the hyperbole, it’s probably his greatest game of all time.

Mania invokes all that was great about the OG Sonic games, the ones that we all adore (shut it you at the back, it’s true and you know it). Essentially taking all the very best parts from Sonic 1, 2, 3 and & Knuckles, it’s probably unfair on the game to just call it a mash-up of all Sonic’s most memorable moments, but it’s so much more than that. What Christian Whitehead (retro Sonic extraordinaire and the guy responsible for the terrific mobile versions of the classic games) and team have done is breathe new life into these great moments, and in doing so making them even more exciting. That SEGA finally had the balls to give Sonic to the fans shows their commitment in bringing him back to the highest pedestal, and what they’ve created is a game absolutely stacked with easter-eggs, in-jokes that only the Sonic hardcore will ever understand and some brand new mechanics which makes Green Hill Zone feel brand new all over again.

Bringing skills Sonic had in later games to Sonic 1 levels is a genius move, and with mechanics such as the drop dash, which allows Sonic a very quick burst of speed when he is in mid-air. It’s very handy when you need to change direction and just need to give Sonic a little edge to get out of a jam. I’ve been able to use it on multiple occasions to power my way through the bosses, of which there is one at the end of every goddamn level, not just at the end of an act. Each one is a slight tweak of a classic boss battle, though I’m not going to ruin the surprise here of just what they are. A couple in particular would leave the most discerned Sonic fan grinning like an idiot.

The level design is what makes an awful lot of the greatness of Sonic Mania sing. The majority of the game is brand new courses on classic levels, such as Green Hill Zone and the almighty Chemical Plant Zone (some of us loved it, Scully). It will all feel so familiar and yet it’s immeasurably brand new, with the first act feeling more like the classic zones and then second going hell for leather and incorporating new ways to get around the levels such as the bouncing chemicals and the coloured DNA-like substance which can push you up to a higher level. You’re going to want to play through each level a few times to find the optimum route, as there are many throughout each level. The beauty in the level designs is just how differently you can tear through them. There’s a chance you’re going to play this game and discover a route that I haven’t yet and vice versa.

Levels such as Studiopolis feel like a brand new Casino Night Zone, which takes you right back to powering your way through the classic level only to be stuck behind a wall because you’re too busy bouncing on star bells to rack up your points. It’s these moments that bring back the feeling of nostalgia but in a very modern way. It’s all brand new but it feels like you’ve been there before, like going back to your school after 20 years. It’s jarring, but also really rather exciting and you can’t help but grin until your face gets stuck like that. Sonic Mania is a dream come true for Sonic fans of the classic era and it’s reasons like this which make it so. They just get it, man.

In terms of special stages, you don’t have the bouncing mazes of Sonic 1 or the racing tunnels of Sonic 2 (you can find that in Sonic’s LEGO Dimensions level, if you didn’t know), here the special stages of Sonic 3 where you’re moving across a spherical arena covered in pink and blue balls is back with a vengeance and is just as rewarding and as much of a pain in the ass as it’s ever been. There’s also a brand new set of bonus stages which has Sonic chasing down a UFO which is housing your elusive Chaos Emeralds. It’s not easy though and the controls are a little counter-intuitive, so probably don’t expect to knock it out of the park immediately, Sonic has a very straight turning angle which is a little bit off, and you’re against the clock with rings only boosting up your time, still, run into a barrier and you lose your rings, which means you lose your time. It’s a bit of a dick.

There’s also a Time Attack mode which naturally, times your quickest times tearing it through these new levels, so you’re going to want to find your aforementioned best routes to beat these high scores. It’s all rather addictive and I can only imagine the hardcore Sonic fans looking under every nook and cranny to find the route they use to take the quickest times. I’m not very good at this bit, but hey, it’s completely offline with no leaderboards or the like to showcase my pitiful times, so that’s a relief.

The classic split screen races of Sonic 2 also make a welcome return, but again that’s offline only. That would have been a fun addition to race my mates across these new levels, ergo it’s restricted to local modes. Not necessarily a bad thing, and it was never online before so it’s not like you’re going to miss it, it just would have been a neat addition. Still, maybe for Sonic Mania 2? Let’s make Sonic Mania 2 happen please, SEGA. Love you.

Sonic Mania is exactly what the franchise needed. I don’t say this lightly, Sonic 2 is my all time favourite videogame, so if it was going to beat it, it would have had to be something next-level, something so resoundingly spectacular. Sonic Mania is all of these things and more. An absolute masterclass in platforming level design, a passion project unlike anything I’ve seen before, made by fans for the fans. It feels like a long time since I’ve had a game to talk about so vehemently positively.

Is it perfect? Well no. At times, as great as the level design is there are moments where you’ll be tearing it through a level without a second thought and your momentum will drop you either on an enemy or a spike you didn’t know was there, which can be frustrating, but no more so than when it did back in the classic era of Sonic. And well, er, that’s about it really.

For this review I’ve been playing the game on the Switch and it’s solid as a rock. Tearing through handheld mode at 60FPS is a joy, and I’m yet to see any technical issues that get in the way of the game itself. There’s a thing where pressing the Home button to come out of the game takes like, three seconds longer than normal but what the hell, I can play the greatest Sonic game of them all anywhere I like. I don’t give a damn about having to wait an extra two seconds to look at the home screen. The more I look at the home screen the less I’m playing Sonic Mania and that’s nothing short of an absolute travesty.

What Sonic Mania does is sit down every developer that’s worked on anything post Sonic Adventure and teach them exactly what Sonic should have always been. Enough treating Sonic like Tony Hawk, Sonic belongs in the 2D space, and if you’re going to keep this train going in the name of all things Knuckles please leave it in the hands of these developers. Give them everything they desire and then double it. Hell, build fucking statues of the bastards if this is what they can come up with.

I am relieved. I am delighted.  If this is the future, get me a seat in the Tornado because I’m all in.

Sonic Mania gets awarded the highest honour I can bestow.

Sonic Mania is available now on PS4, Nintendo Switch (reviewed) and Xbox One. It will be available on PC on August 29th.