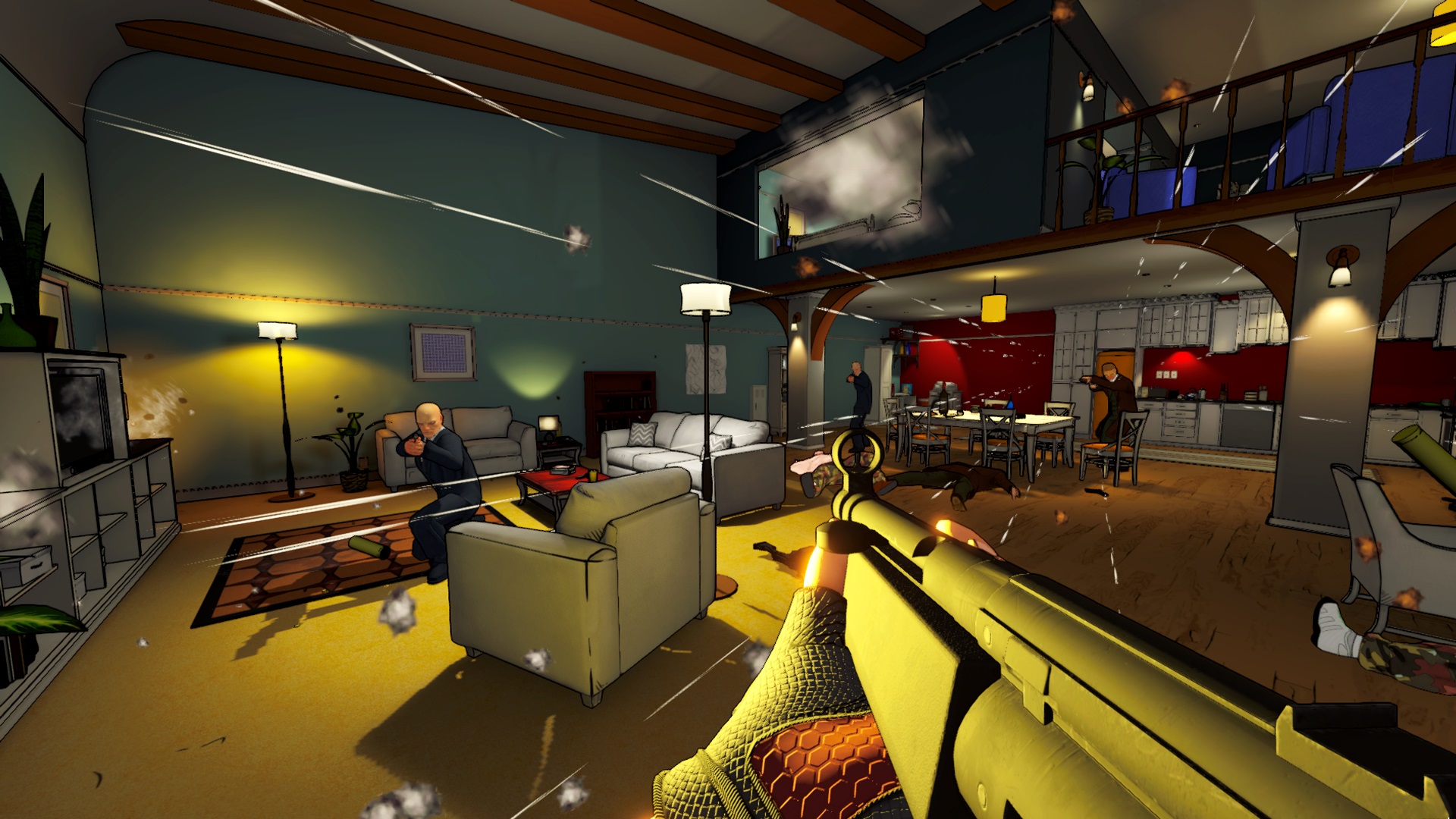 Tear up London one slow-motion door breaching at a time.

The upcoming sequel to Ground Shatter’s rather glorious cel-shaded FPS breach-em-up RICO has gone and got itself a release date. The London based sequel (rather brilliantly titled RICO London) will launch on Steam, PS4, Xbox One and Switch on September 2nd.

You can check out the games official Steam page here.

It would appear there’s more than a simple location change for RICO this time around, with an improved campaign rich in story

In RICO London you’ll be working your way up a procedurally generated high-rise building to wipe out the Big Smoke’s criminal empires along with Daily Play challenges adding more replayability into a game already full with high-score chasing goodness.

Safe to say we’re big fans of RICO here at Finger Guns and we can’t wait to get our hands on this one in September. Look out for much more leading up to release.

Knights of Honor 2: Sovereign Review (PC) - A Knight To Remember
Whateverland Review (PC) - You Are What You Do
Mortal Shell (PS4) Review – Host In The Shell