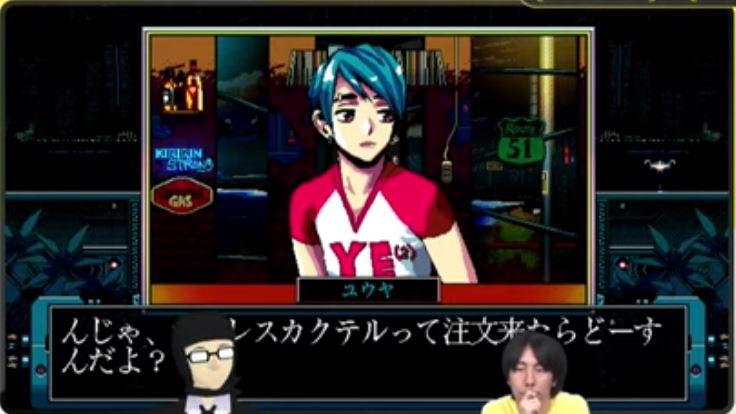 New screenshots for N1RV Ann-A: Cyberpunk Bartender Action on Playism Game Show, after more than a year without any news. It's Alive!

The sequel to the fantastic and influential Va11 Hall-A: Cyberpunk Bartender Action, was announced back in 2018, but all has been quiet about the game except for a gameplay trailer in Japanese.

But the project is alive and well. Sukeban Games had a spot in the Playism Game Show in Japan just a few hours ago and teased new artwork and screenshots from the game. You can see a couple of new characters, the framing for the bar and conversations has been changed, and one screenshot of the new drinks-making screen – supposedly the drinks are no longer synthetic and you can make real-world cocktails!

Sukeban spoke about the pandemic and some personal events derailing production for a time but that the team was back in full swing now. That sound to us like the slated 2020 release is no longer a possibility and that this is firmly in 2021 now. Also as you can see by the quintessentially Japanese screenshot of the Playism stream (complete with little giraffe puppet – come on IGN etc where’s the puppets?) its possible the game is now coming to PS5 and Xbox Series X, in addition to PS4, Switch and PC already announced.

Fingers Crossed the team from the first game are all okay and that Garoad is back with the music too!