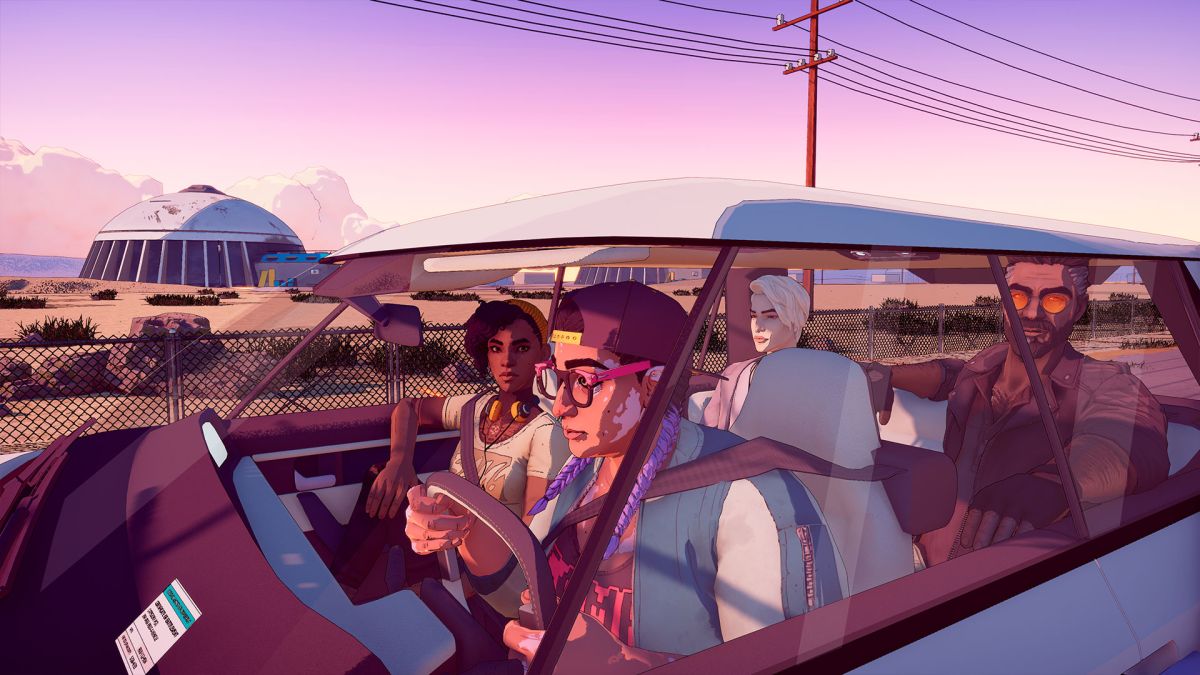 Another ten top indie titles you need to be aware of, all nicely collected for your ease of viewing.

So 10 was not enough. Not nearly enough. There are more indies that need to be taken very seriously indeed. Another day of Guerilla Collective, more Future Games Show, Steam Summer of Pride, and yet more from earlier that I couldn’t fit on one list. At Finger Guns we love an indie, so here are another 10 that you should be wish-listing right now, with all the trailers you need in one place. It’s possible my last list had too many pixelart top-down fighters, so I’m going a little more eclectic this time.

Check this action out! And if you missed it, check out part one.

I have long held a wish for a Shmup with a narrative, even to the point of trying to write it myself a number of times. Cygni looks to take the shmup and enhance it to a level unseen in the genre. The reason it’s so damn stunning is that it’s from a former Pixar animator and artist and is reportedly the first shmup to use Unreal Engine 4. Cygni plays as both vertical scrolling shmup and twin-stick. You are the last ship left when a biomechanical alien force invades Earth, and your ship has a number of nifty enhancements – judging by the trailer, a handy rotating shield and weapon wheel neatly incorporated into a bezel around your ship.

Cygni: All Guns Blazing is coming to PS5, XSX and Steam, but no release date yet.

Seen back in 2019 at Chinajoy, Anno Mutationem was a blink and you’ll miss it in the Future Games Show. There’s not much info out there about this one, just that it looks awesome, something like a mix of metroidvania, 2.5D side-scrolling combat, cyberpunk life-sim and detective tale. Check out this longer video from last year, showing some clear Ghost in the Shell influences, and plenty of fantastic pixelart gameplay. We can’t wait.

Anno Mutationem is coming to PS4 and Steam, exclusive to Sony.

We’ve had Mortal Engines, where cities travel the land in search of resources. Now its time for Airborne Kingdom where your new steampunk city flies through the sky. Grow your clan in a unique city management game, maintaining fuel and satisfying the needs of your citizens/crew, while at the same time exploring an ever-changing landscape, finding resources and establishing trade with the ground-dwellers! How big can your city get? The sky’s the limit.

Airborne Kingdom is coming to PC by the end of 2020.

The coolest looking cel-shaded indie I’ve seen has to be Dustborn. You play as Pax; a female con-artist whose 4 months pregnant, and her little robot pal Anomal, and you lead a band of misfits on a road trip across a Divided States of America. It’s a narrative action-adventure about hope, friendship and robots — and the power of words. Pax can use wordcraft, a sort of kinetic word-based magic to literally take down enemies verbally.

The trailer looks super cool and Dustborn is coming to Steam and consoles in 2021.

So in The Falconeer, you fly on the back of an eagle, and if that’s not enough, there’s something wrong with you. This has been a childhood fantasy of mine ever since The Rescuers Down Under! The Falconeer is an airborne ocean-world fantasy RPG set in The Great Ursee; not open-world, but open-sky. Fly your bad-ass armed eagle into battle or explore a vast, bleak and beautiful world, where warring factions vie for the mysterious secrets hidden in the ocean’s depths. Challenge airborne enemies, manta rays, dragons, and great Krakens from the seas below.

Rossko actually covered The Falconeer back last year if you want to read further, and remember the game is a Microsoft exclusive coming to Xbox One and PC before the year’s out.

You don’t even need to wait for this one, it’s out now. One Step From Eden looks like the spiritual successor to the old MegaMan Battle Network games. It’s a slick and fast pixelart card-battling game with both strategic and real-time action. Build a deck of powerful cards and cast powerful spells on the fly, battle constantly evolving enemies, and make your way to Eden any way you can. With 9 playable characters and over 300 cards to use, this one moves faster than I can think, but I can’t wait to try it out.

One Step From Eden is out now for Steam, Switch and just three days ago for PS4.

Troglobyte Games, who released the fun HyperParasite recently, are back with Edo no Yami. You play as a blind, disgraced future samurai wearing a robotic demon Oni mask, in a 2.5D neon-soaked side-scrolling adventure. There’s robots galore, including a massive Cerberus that you can pet, but for the moment not a lot of information. We will be keeping an eye on this as more is revealed.

Edo no Yami is coming to PC and Consoles but no dates yet.

I don’t want anyone to get left out just because they weren’t on the Guerilla Collective. Death Trash wasn’t in the shows from the last few days, and I know I said no more top-down pixelart games, but look at it; it deserves your attention. An open-world singleplayer horror RPG with handcrafted levels and a grotesque story campaign, Death Trash has real-time combat with a choice of melee or lots of shotguns.

As part of the Steam Summer of Pride event, there are also a few indies either by LGBT developers, or featuring LGBT characters. One of the best looking is a sequel to 2064: Read Only Memories by developer Midboss LLC. In Neurodiver, you play as psychic detective android ES88 and it’s your job to track down a rogue psychic hidden in the memories of the citizens of Neo-San Francisco. Using a genetically engineered creature known as a NEURODIVER, you can dive into and manipulate their memories directly.

Full of anime and narrative heavy, Read Only Memories: NeuroDiver is slated for 2021 on Steam, PS4 and Xbox One.

My other pick from the Summer of Pride selection is the sequel to the critically acclaimed VA-11 Hall-A. Another bar, another city, and you’re still serving the drinks, but this time it’s in the fabulous resort bar of N1RV Ann-A: Cyberpunk Bartender Action. I can’t wait for a second round of the booze’em’up filled with waifus, LGBT characters and androids, where you get to delve deep into the lives of the cyberpunk citizens.

N1RV Ann-A: Cyberpunk Bartender Action is coming to Steam, Switch and PS4 before the end of the year.

If this is your first one of these collections, check out Part One. If not, that’s it for Part Two, but with June being so chock-full of indie reveals, there’s a Part Three on the way.