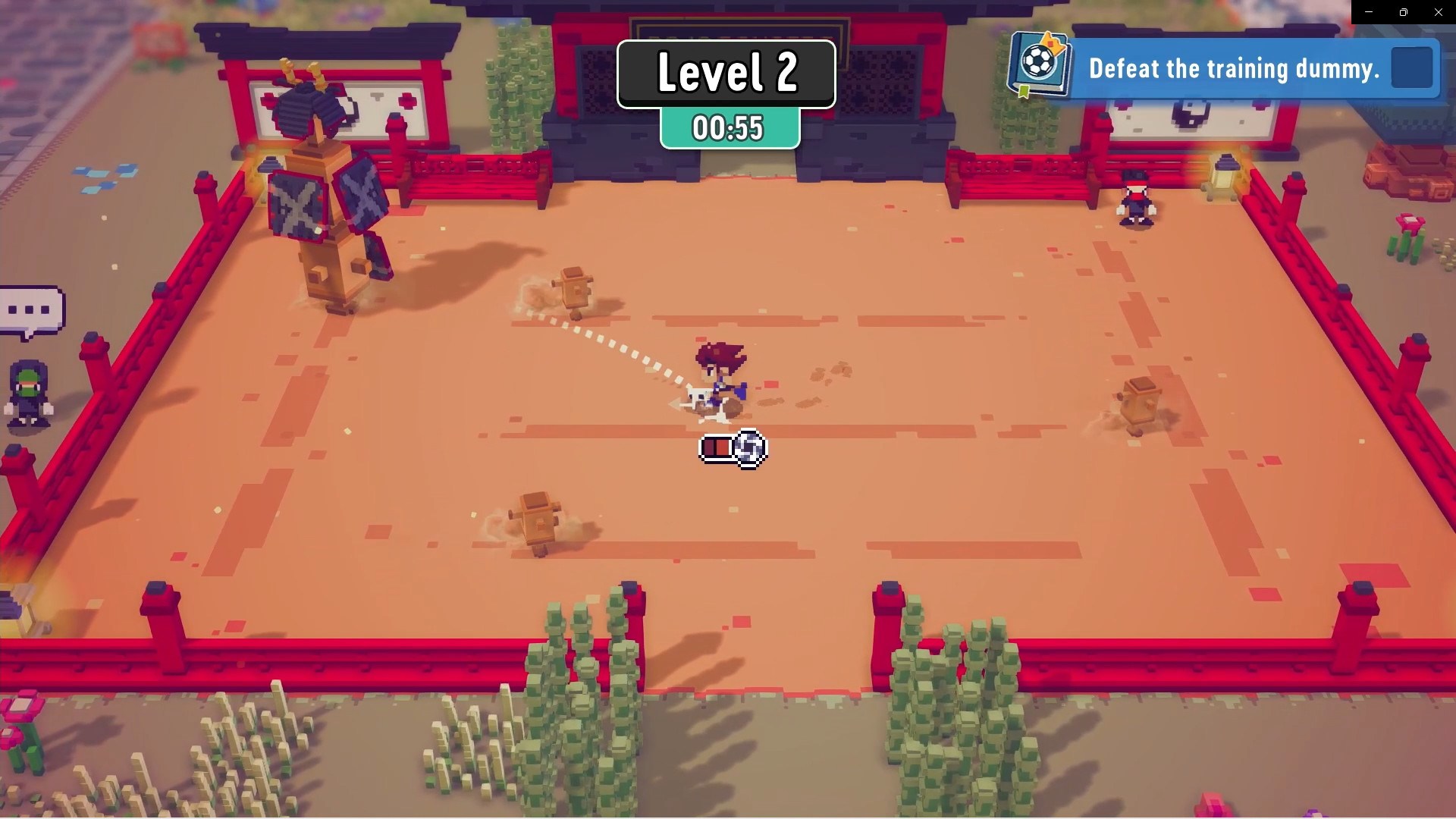 No More Robots – of Descenders, Hypnospace Outlaw and Not Tonight fame – have just revealed their brand new RPG, Soccer Story coming to Xbox Game Pass, PlayStation, Switch, PC and Stadia later in the year from Not Tonight developers Panic Barn.

Soccer Story is an open world RPG all about ‘solving puzzles and saving the world’ with a magic soccer ball.

How about a blurb? Have a blurb:

It’s been a year since The Calamity™ tore apart the very foundations of soccer as we know it. Since then, Soccer Inc. has made dang well sure that not a soul has been allowed to even look at a soccer ball, let alone kick it. It’s a real Messi situation, no doubt.

But this is just the calm before the score. A magical football has now chosen you, The Savior of Soccer, and — you’ll get a kick out of this — you’ve been tasked with saving the future of the sport, and bringing harmony to the world once more.

Can you remind everyone why there’s just no substitute for soccer, or will there be a foul ending?

The open world RPG features goal-oriented quests and side missions across fifteen hours of gameplay. You’re tasked with building up your career and playing against ninjas, old age pensioners, toddlers and sharks (cus why not I guess), along with a single-player campaign full of characters and quests. There’s also a local multiplayer match mode with a full roster of teams.