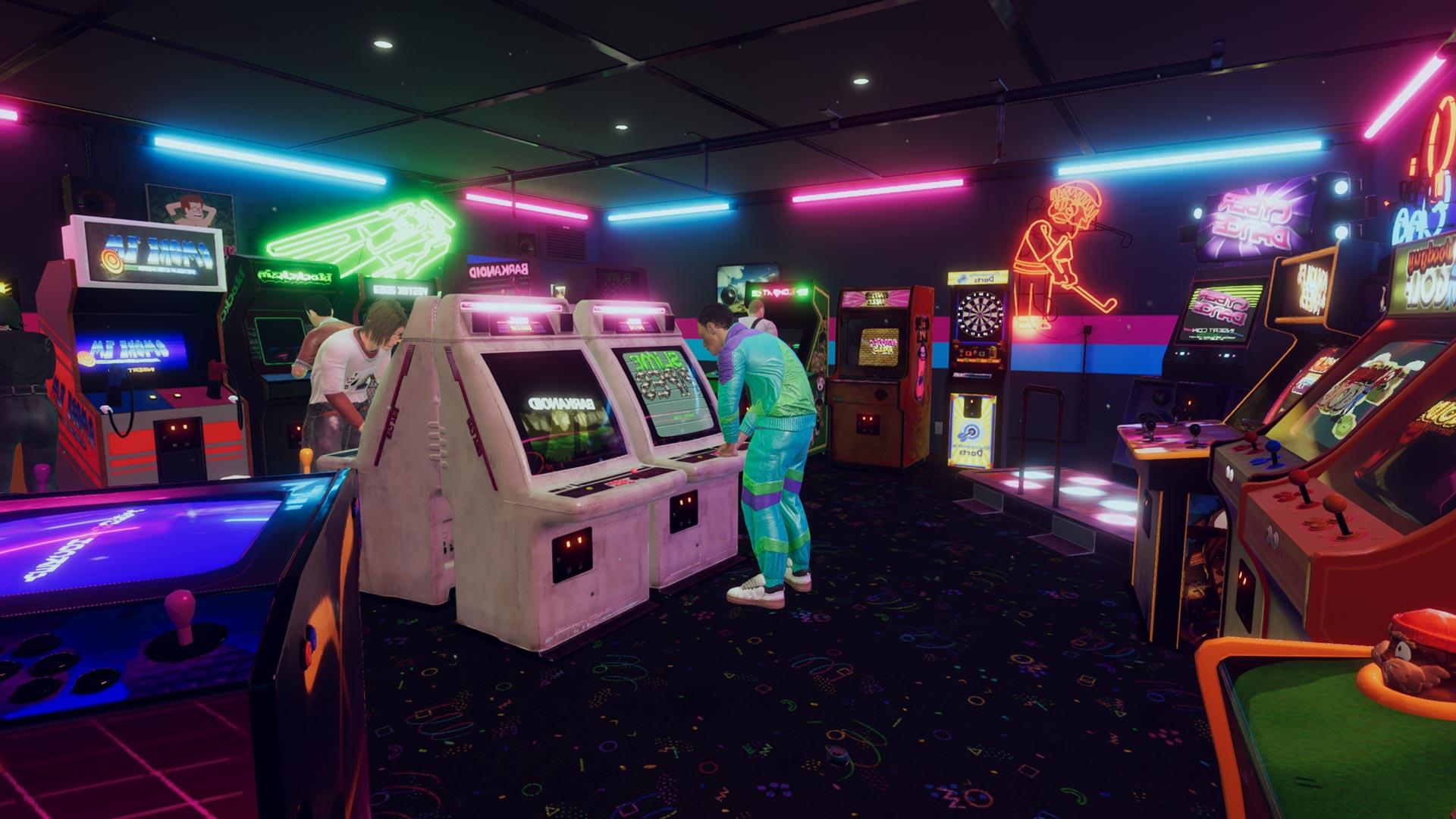 Laundry and video games, together at last. Arcade Paradise - The Finger Guns Review;

Laundry and video games, together at last. Arcade Paradise – The Finger Guns Review;

There’s nothing quite like an arcade, is there? You know that feeling, walking in to a haven of video games old and new. The classics still clinging on whilst Dance Dance Revolution slowly creeps its way in to the heart of the younger generations. Time Crisis stands proudly next to Space Invaders and you know exactly where the majority of your pocket money is going to end up the second you arrive. It’s a feeling I’ve not quite clung onto in my older years, as a damn solid ‘arcade’ has been usurped by penny machines and Candy Crush clones at holiday destinations.

Nosebleed’s Arcade Paradise sends us back in time to right these wrongs, allowing you to build your own dream arcade the likes of which you could only dream of back in the day. Oh, and there’s an enormous laundrette in the way.

Your silent protagonist is forced by their business savvy father (voiced by Geralt of Rivia himself, Doug Cockle) to take over his failing laundrette in the middle of nowhere and bring it back to life amidst some hard life lessons. Learning the ins and outs of the joyous laundromat industry feels like somewhat of a punishment – the classic ‘you have to learn to stand on your own two feet’ message screaming at the player before the game even begins – and yet, upon discovery of a ton of cash in the hoppers of two long-forgotten arcade machines in the back room, your character takes it upon themselves to revitalise this mysetrious space into, well, an arcade paradise.

Before the wonder of a neon soaked arcade haven becomes reality though, you have no choice but to keep the launderette moving as this is your vital source of income at the top of the game. This involves turning up *every single* day, cleaning up the rubbish left by overnight laundry doers – though throwing out garbage and clearing up chewing gum (along with unblocking the one toilet) becomes fun minigames in their own right which can also earn you money. There’s no question developers Nosebleed have done what they can to turn these monotonous daily chores into something a little more fun, but there’s no hiding from the fact that if you’re not on board with this games unfathomably tediously repetitive nature on the course for a bigger goal, the early aspects of Paradise aren’t going to win you over.

The ‘destination’ if you like on this long, long journey of putting washing into a laundry machine, taking it out, throwing it into the dryer and then passing it back to the customer ad infinitum is really earning enough money to expand the back room and pay for more arcade machines and eventually, spending your days simply playing the games in the arcade. Every single one is playable, glorious blast of classic arcade nostalgia, including a knock off GTA x Pac-Man crossover I found myself going back to every day to beat my high score. The more you play a certain cabinet the more popular it becomes, so that one was by far my highest earner. The more you expand the arcade the more variety of games become available (including a dance cabinet, a racer and a pain-in-the-ass-difficult vector tank game that I simply refuse to play anymore).

And yet, no matter how much fun you can have in the back room the laundrette will always remind you it’s there. Your character is smart enough to time each real-time wash and dry so they’re immediately there to empty them out upon completion. The quicker you do it the higher the score, the more money you make, so it’s always in your best interest to keep a close eye on the ‘boring’ part of the job, even as the arcade slowly begins to draw in more money than the laundrette does.

That’s when it begins to feel like you’re on the right track. The laundrette tends to hang over you as you have to rake in a few days income to be able to purchase the more expensive machines, and as you move further into the game you can buy upgrades to make the more dull aspects slightly more interesting and require a little less of your attention and whilst you don’t have a whole lot of control over the look and overall layout of the arcade (apart from deciding where each machine will sit and taking a wild guess on which will be the more popular locations for each machine), when your gaming paradise begins to take shape there’s a hugely fulfilling feeling that comes washing over you. Whilst you’re taking other peoples laundry out of the dryer for the millionth time, you know it’s in service of something far greater and as your arcade gets bigger it all becomes worth the wait.

It’s perhaps lucky then that I really do enjoy the repetitive nature of Arcade Paradise. I tend to enjoy it in games in general. Heck, 700+ hours in Animal Crossing: New Horizons doesn’t lie. There’s something weirdly comforting about walking into the laundrette in the ‘morning’ and knowing exactly what’s ahead of me. Throw some laundry into the machines, clear up the floor, repeat all day, make some cash, buy some cool arcade machines and do it all again the next day. You can’t ‘lose’ at Arcade Paradise, but your lack of focus can certainly slow you down. Thankfully, I was in a rush to get my arcade to the best it could be as quick as possible in the hopes I wouldn’t have to empty laundry any more. Let’s just say it sticks around longer than you might expect so again, if you’re not on board with the persistent monotony for the greater good, this may not be for you.

And that’s a shame purely because once Arcade Paradise delivers on its titles promise, I had such a blast playing the new machines, having a round or two of darts whilst I waited for laundry to finish, buying a jukebox to play some decent music (the selection of which you can also expand over time), knocking out daily objectives (which will offer additional money to buy upgrades from ‘ebay’) and actually enjoying the game, knowing there’s plenty to enjoy once you begin to reap the rewards of your hard work.

Get your clothes washed and you’ll realise you’ve been spending most your life living in an arcade paradise. It just takes a little while to get there.

Arcade Paradise is a cracking laundry / arcade simulator that rewards you for your patience and dedication to the cause. Once the arcade opens up you’ll have an absolute blast finding your new favourite game in a huge selection of unique takes on old school classics. There’s a road to get there, but this one is all about the destination. A hugely rewarding, feel-good experience you have to play.