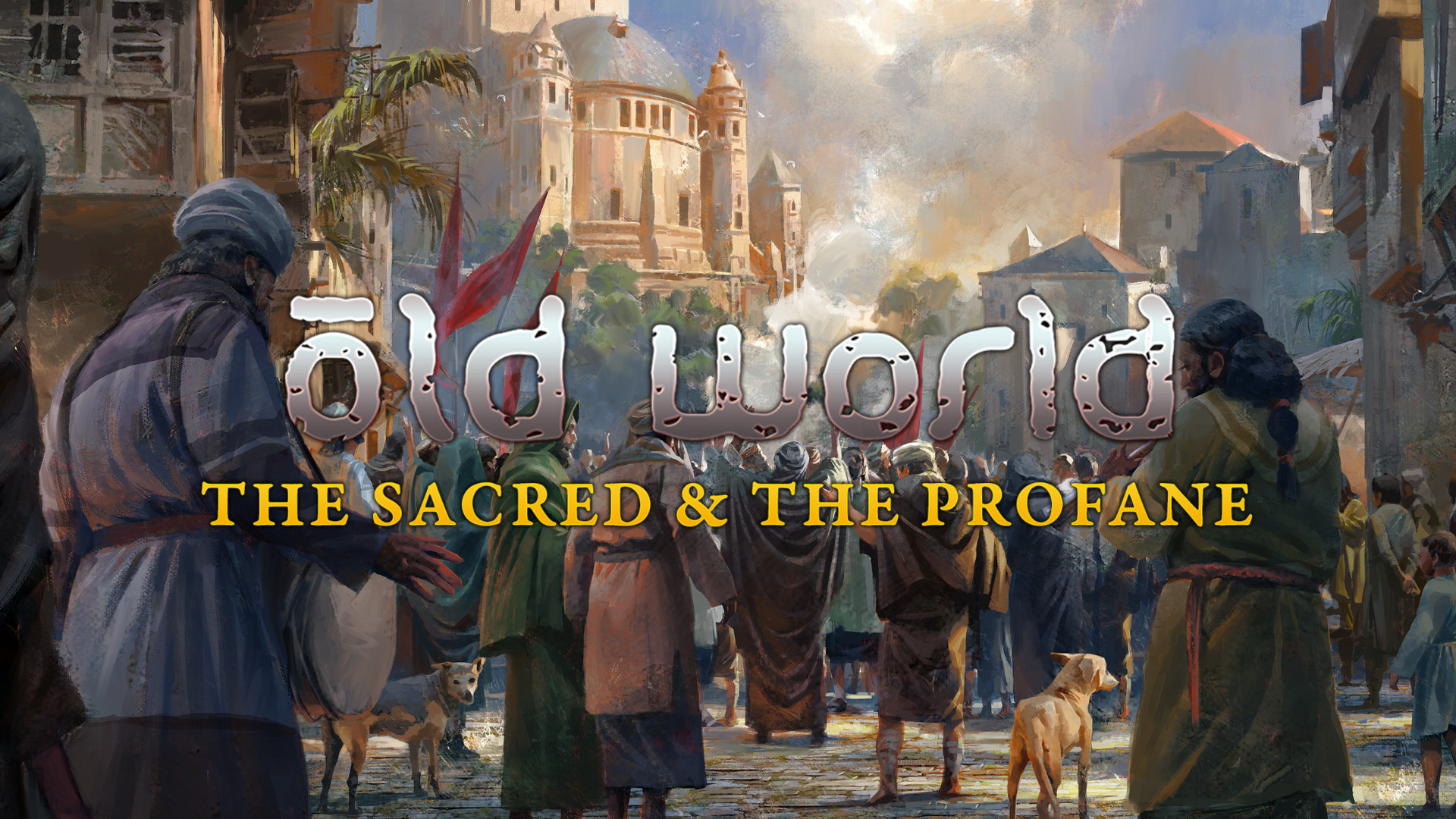 Old World: The Sacred & The Profane is an excellent addition to the base game. The Finger Guns review of the latest DLC.

Old World has been out for a few months now and continues to impress as an excellent 4X strategy game. It’s a regular in my spare time and has taken me many hours into the night on quite a few occasions. Now, developers Mohawk Games and publishers Hooded Horse have released a second expansion for the game, focusing on the religious aspect of ancient civilisation, and it’s (spoiler alert) an excellent addition.

An Eventful Period Of History

Old World: The Sacred & The Profane is the second DLC, following Heroes Of The Aegean which was released about the same time as the steam release of Old World took place. Unlike Heroes, it doesn’t add any new factions, but it does bring plenty of other things. To begin with, there are many more new events in the game added. Events randomly occur each turn for the most part, but some can also take place due to player actions such as mining a particular resource deposit.

Events can have far reaching consequences, such as causing a war with a rival nation or gifting you additional resources or legitimacy. The new Sacred & the Profane DLC events are an excellent addition; they’re mostly related to the inspiration for the DLC, religion, and flesh out an extremely important part of early human civilisation. These events can focus on new leaders appearing, religious dissent in your cities, or exploration and proselytizing in various lands. All are fun to have appear and offer a new aspect to your game and open additional options for your playstyle.

To support the new aspect of religion, there is a new type of character that can be recruited or promoted to; Clergy. These are an important tool in your arsenal and help you to deal with some of the new mechanics in the game. They are able to help you to deal with religious dissent if it pops up in one of your towns, as well as increasing the yield of various resources such as research to a small degree. To gain access to the clergy role, you need to speak to the head of the particular religion you wish to speak to and ask them to induct one of the members of your court into the clergy. From there, you can then assign tasks to your clergy member as you wish.

In addition to this, in the Old World: The Sacred & The Profane DLC there are also additional traits that are added by the DLC to add more variety to the characters in your court. These are 10 in total, and take the form of core traits, to ones gained by an event, and finally religious traits which help to mark out the clergy – when added to the already present traits in the game, it can make some very unique characters.

Heading To Ruin… Or Progress?

Next up in Old World: The Sacred & The Profane is a potential pitfall for your nation: religious dissent. If you have a religion spread in your cities, and don’t keep the adherents of that religion happy then you may regret it. When religious dissent breaks out, you will have unrest and even potential revolts in your cities, reducing their performance for your nation. Religious dissent can be dealt with by a decision in your city builder, but this will be at the cost of not getting other production completed such as new military units, so its another thing you’ll need manage carefully. On the other hand, if you keep the adherents happy, then you may gain various buffs to your nation too such as additional legitimacy, so there is a carrot as well as the stick.

Finally, the DLC adds special cults to the game, which manifest as a unique building which can have powerful buffs for your cities such as increased growth. They are a very powerful, potential uplift for any of the cities they’re built in, but they can come with downsides – some events can take place related to these cults that can cause unrest and other drawbacks, but they can also (if you’re lucky) give you further buffs as well.

Another thing to mention is the price point for Old World: The Sacred & The Profane. At only £4.49/$4.99 it’s a great price, and a bargain for a new additions to the game. In a world where many expansions almost add up to the cost of the game at launch, it’s refreshing to see such a well priced DLC added. The content may not be as big as some other DLC released for other games, but at this price point it doesn’t need to be; it adds plenty for its price point, and Mohawk/Hooded Horse are to be commended for this.

Old World: The Sacred & The Profane is an excellent addition to the base game, and I recommend it heartily. It won’t transform your games and it isn’t the biggest DLC out there, but it will improve them and make them more immersive and unique. It adds some extra variety to your run-throughs, and makes an already great game better. At the price point it is sold at, it’s a no brainer to pick up if you’re a fan of Old World.

Old World: The Sacred & The Profane is available now on PC via Steam & Epic Games Store.

Disclaimer: In order to complete this Review, we were provided with a promotional code from the publisher. For our full review policy, please go here.

Across The Grooves Review – Memories and Melodies
The Finger Guns Podcast Ep. 89 - Games of the Year 2020 | Most Anticipated 2021 Games
Paradox Arc To Publish Deep Sea Base Builder 'Surviving The Abyss'